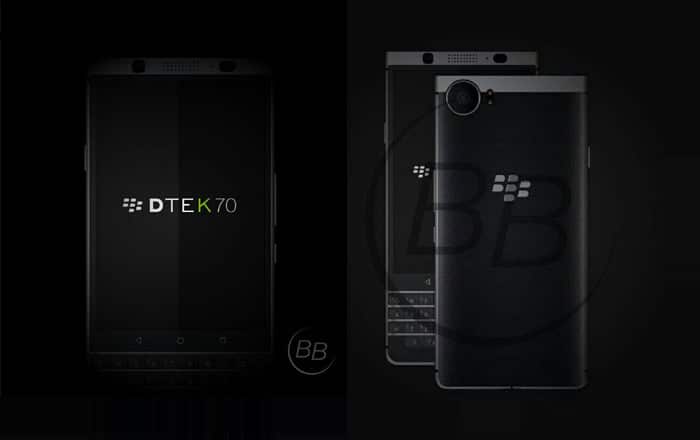 The BlackBerry DTEK70 codenamed Mercury has just had images of its front and rear surfaces leaked online. This leak comes right on the day on which it is supposed to be unveiled at the ongoing CES event in Las Vegas.

What’s interesting is that this is perhaps the first time that we are getting a look at the back surface of the device, as all other leaks had only shown its front. As you can see, BlackBerry has gone with a textured back shell for the DTEK70. Also, its camera module is considerably large.

On the front the affair is very similar to what we already know. The screen is complemented by a physical keyboard which matches the one shown in a teaser video shared by TCL President, Steve Cistulli only a few days ago. By the way, TCL will be the official manufacturer for BlackBerry phones from now on, if you didn’t know that already.

These two images have been leaked by a Weibo user who has also listed some of its main specifications. The DTEK70 is expected to ship with a 4.2-inch display placed on its front. Its insides are highlighted by a Snapdragon 625 processor and 3GB worth of RAM.

32GB of storage and a 3400mAh battery will also form part of its offerings apparently. While an 18MP camera will probably be making its way onto its rear face, an 8MP snapper will be seen sitting on its front.

The BlackBerry DTEK70 is expected to be unveiled today at the ongoing CES. Stay tuned for further details.