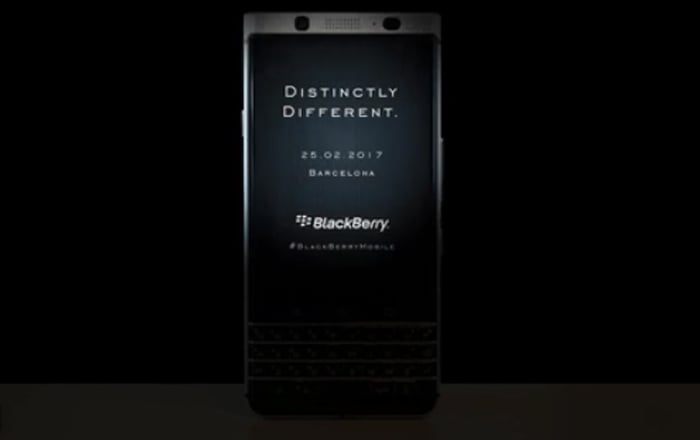 The BlackBerry Mercury is all set to hit the limelight at a pre-MWC 2017 event taking place in Barcelona on February 25. The handset officially made its debut at CES this month but was only shown off to reporters without any specifications or price details.

BlackBerry made the news official via a Twitter teaser which showcased a short GIF of the rumored DTEK70 hidden in shadows. The company still hasn’t disclosed the name of the phone yet, though it did confirm that its codename is Mercury.

Other things it’s firmly established include the Mercury’s physical keyboard, similar to classic models by the brand, and a security-focused version of Android 7.0 Nougat. The smartphone’s spacebar will have a fingerprint scanner embedded and its keyboard is set to feature capacitive-touch technology to allow for scrolling.

Speculation so far suggests that the BlackBerry product will run on a Snapdragon 821 or 625 processor. The SoC could be supported in its endeavors by a 3400mAh battery, 4GB of RAM, and 64GB of internal room. Photography duties might be taken care of by a 13MP rear camera and 8MP front-facing snapper. The device may carry a 4.5-inch screen outputting a resolution of 1620 x 1080p.

TCL, the company behind BlackBerry’s ongoing Android effort, had previously stated that the phone would focus on reliability, security and productivity. It’s looking to take advantage of the brand name to capture corporate markets and throw a challenge to Samsung and Apple’s business security features.