BlackBerry launched its popular BBM service for Android and iOS last year and ever since it went official, Gingerbread users have been demanding a version of the application that is compatible with the platform. And now we hear that an app for this operating system is on its way into the Google Play store.

The company itself spilled the beans regarding the new version of the instant messenger through a post on its official blog. It says that the app will be compatible with devices running Gingerbread version 2.3.3 or later and the beta version can be expected to be released sometime in February. The previously released BBM for Android application was compliant with gadgets based on Ice Cream Sandwich or higher platforms. 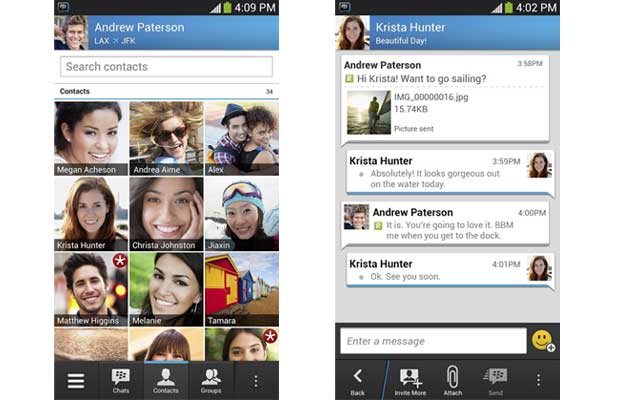 The developers at BlackBerry have been busy designing the application for a few months now and it goes without saying that the version will make the instant messenger available to more than a few million people around the globe. Even though Google has already released the KitKat OS, Gingerbread continues to have a 21 percent share in the Android territory.

You may already know that BlackBerry Messenger or BBM, an instant messaging service, recently went cross platform. Additionally, there are reports doing the rounds of the web that the Android and iOS versions are up for an update that will tag along support for voice calls and messages as well as BBM Channels.

Like we said, you can expect the BBM for Gingerbread beta app sometime in February. The Android and iOS version of the utility is available for free via Google Play and iTunes, respectively.