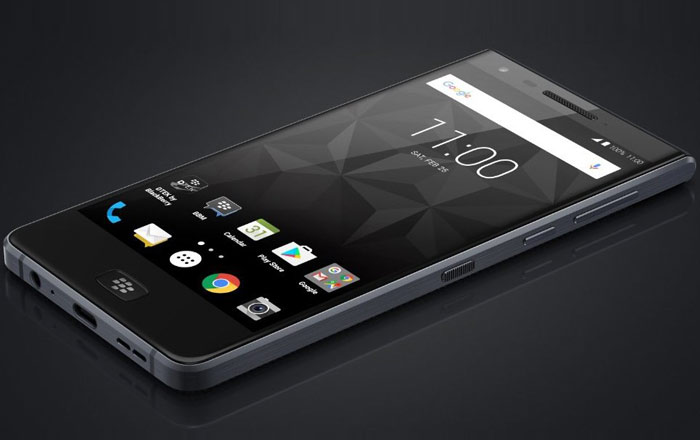 BlackBerry’s getting ready to launch a new smartphone called the Motion, taking a break from the physical keyboard-sporting KEYone to launch a device that’s all-screen. It’s done this before, of course, with the DTEK50 and DTEK60.

The BlackBerry Motion was referred to as the Krypton when it was in development. The usually reliable tipster Evan Blass revealed the official name and the render above via Twitter. It features a pretty conventional squared-off Android design, though there is a bit of flair at the home key thanks to the company’s logo being present.

Travelling further south showcases the Motion’s USB Type-C port, a 3.5mm headphone jack, and bottom-firing speakers. There’s a volume and power button on the side, along with a mysterious third button shaded in a deeper black. It could be used to trigger open an app or perhaps an AI assistant like Samsung’s Bixby.

The BlackBerry device was last seen a month ago making its way through the US FCC. The listing suggested that the phone would pack a Snapdragon 625 processor. The SoC is commonly used in mid-range handsets, so the smartphone should ideally fall under that category.

Speculation so far has hinted that the Motion could pack specs like a 1080p display, a water resistant body, a 4000mAh battery, and 4GB of RAM. It sounds like a solid budget option all-in-all, enhanced with BlackBerry’s security-focused blend of its own software and Android.

Stay tuned for more on the BlackBerry Motion as and when new information drops in.