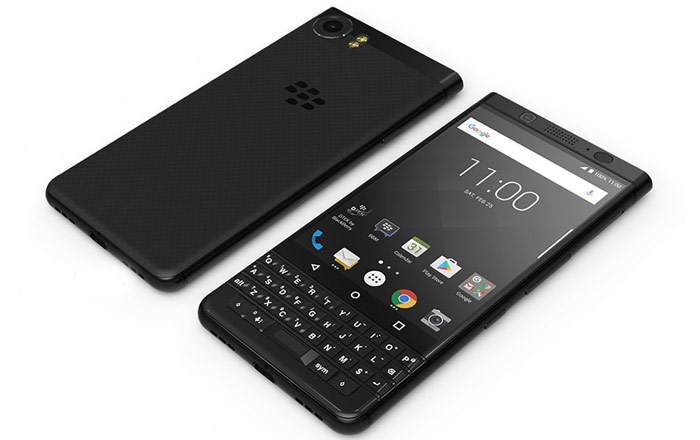 The BlackBerry KEYone has finally made it to India months after making its debut at the MWC 2017. The handset will be an Amazon-exclusive and is set to go up for sale on August 8.

To recall, BlackBerry signed a partnership agreement with an Indian company called Optiemus Infracom earlier this year, allowing the latter to manufacture phones in India under its name. Optiemus has made some changes to the KEYone specifically for Indian customers, adding support for dual-SIM slots and upping the memory from 3GB/32GB to 4GB/64GB.

It’s also officially calling the handset the KEYone Limited Edition Black. The device has been slapped with a Rs 39990 price tag, presumably targeting nostalgia hounds who want to go back to having a physical keyboard in their hands. The handset essentially serves as a bridge between the old and the new, hearkening back to classic BlackBerry designs while running on Android 7.1.1 Nougat.

In addition to the 4.5-inch touchscreen, even the keyboard is touch-sensitive. The feature allows users to use the keyboard as a trackpad of sorts, swiping to scroll through sites or emails. There’s also a flick typing tool to flick predictive words onto the screen. Moreover, the spacebar doubles up as a fingerprint scanner.

The BlackBerry KEYone Limited Edition Black has been bundled with a couple of launch offers like 75GB of extra data from Vodafone and 4000 bonus points for American Express credit card users. Like we mentioned above, you can snap up the smartphone via Amazon India on August 8.