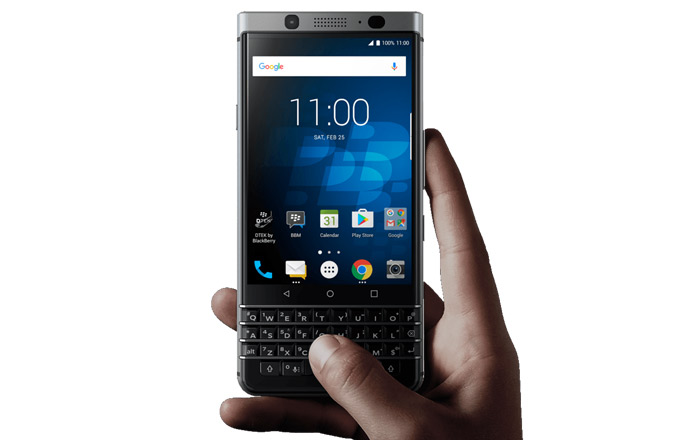 The BlackBerry KEYone went official about a week ago at a pre-MWC 2017 event, making waves as a throwback to the physical keyboard-sporting smartphones of yesteryear. At the time, TCL announced that the phone would be hitting countries like the US at $549 (roughly Rs 36700) starting from April this year.

An Indian retailer has now listed the BlackBerry KEYone on its website and revealed its possible price tag in the process. The Android-powered handset is apparently going to set people back by Rs 39999, slightly more than the direct USD to INR conversion suggests.

Unfortunately, the page doesn’t specify when the BlackBerry offering is going to get launched in India. It just mentions that the phone is coming soon. This could be an indication that the country will receive the device in April as part of the first wave of countries to get their hands on the smartphone.

On a related note, BlackBerry recently announced that Indian OEM Optiemus Infracom was going to exclusively manufacture its handsets for sale in India, Sri Lanka, Bangladesh, and Nepal. The latter has so far been involved in just the distribution of the DTEK50 and DTEK60 and will now take a more hands-on role.

Specifications of the BlackBerry KEYone:

We’ll keep you updated the moment the BlackBerry KEYone officially makes its way to India.