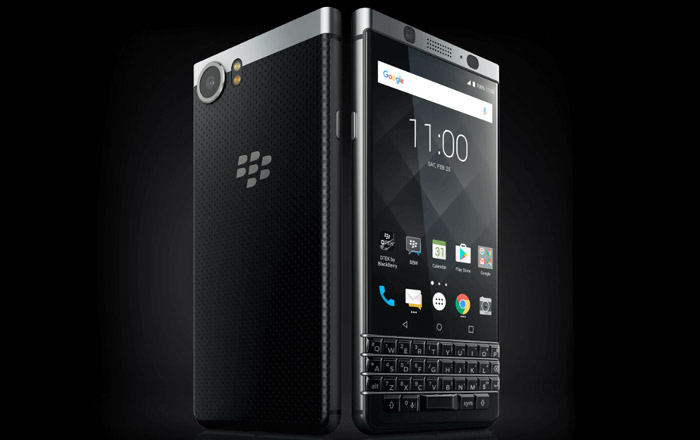 The BlackBerry KEYone, formerly known as the BlackBerry Mercury or DTEK70, has finally gone official after numerous teasers and leaks. The Android phone is believed to be the last one designed by the brand itself and bears its signature physical keyboard.

The KEYone has an interesting design, blending an aluminum frame with a soft textured back. Its backlit QWERTY keyboard is its most unique aspect and comes equipped with fingerprint recognition embedded within its spacebar, making it the first smartphone to do so.

The BlackBerry offering’s keyboard is touch-enabled, meaning users will be able to do things like scroll through websites by moving their finger across left or right. The component further boasts of skills like flick typing to throw predictive words onto the screen as a person is clacking away. Specific keys like the letter ‘B’ can also be programmed to open up apps like the browser when pressed down upon.

As for specs, the KEYone carries a 12MP autofocus rear camera which has been furnished with large 1.55um pixels, a Sony IMX378 sensor, 4K video recording skills, PDAF, and dual-tone LED flash. Its 8MP front-facing snapper is accompanied by its own LCD flash unit, 1.125um pixel size, and 84-degree wide-angle lens.

A quick look at the specifications of the BlackBerry KEYone: