BlackBerry seems to be betting on BBM to keep it afloat until it hits upon its next big product idea. The company has just announced a Find Friends feature which will sort of sync your phone’s contacts list with the numbers you have in your BBM circle.

It shows you a lineup of contacts who are also on BBM and allows you to send them PIN invites so that you can starting chatting with them via the messenger service. It seems pretty lame that BlackBerry took this much time to come up with Find Friends when we take for granted similar options in WhatsApp or the Facebook app, for starters. 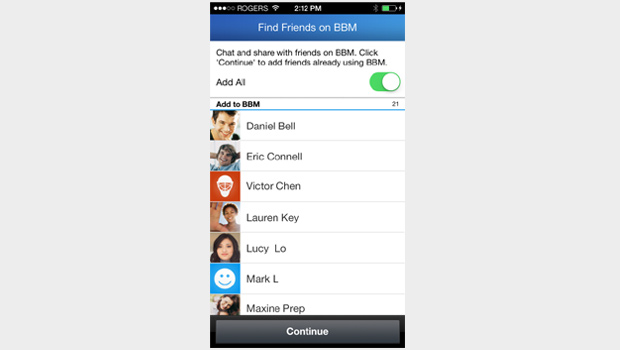 And we thought BlackBerry was serious about rewriting its predicted destiny which looks pretty dismal right now. The company has been working hard to convince as many people as possible to use BBM, barring the anomaly of its refusal to let Windows Phone fans in on the fun. Getting regular users to recommend the service to others is a good move.

Today’s refresh will try and tempt people to invite (via email or SMS) those who don’t have the app, to download it. But the company may face a problem with the fact that alternatives such as WhatsApp, Facebook’s very own and Line amongst other messengers, have already dug in their heels and are ready to defend their territory. It’s no easy task convincing people to shift loyalty.

We’re not forgetting that BBM posted a record number of downloads when it was initially released. What’s more, BlackBerry has signed a deal with various manufacturers including LG to have the application pre-installed on their devices. The Canadian company was also spotted giving Android Gingerbread devices some thought not so long ago. 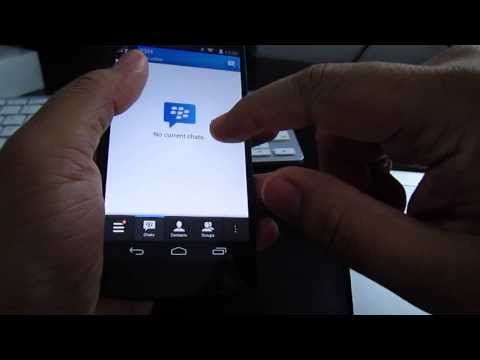 Coming back to the Find Friends update, it is rolling out to BBM for Android and iOS. Meanwhile, those who aren’t too impressed by the introduction will have to wait a bit before BBM 2.0 lands. It’s expected to show up with some neat little changes including free voice calling and BBM Channels. Hope you haven’t been holding your breath for a launch date yet.