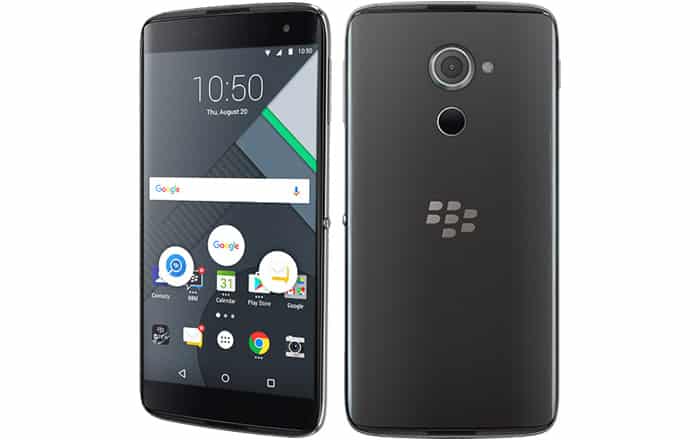 BlackBerry’s come out with its third Android smartphone, calling it the DTEK60 and slapping a $499 price tag on it. The fresh entry comes just a month after the brand officially announced that it was done with building its own phones and would partner with outside manufacturers in the future.

The shift in strategy makes the new DTEK60 the last official BlackBerry phone. Just like the DTEK50, the smartphone’s look is based on reference design from TCL. It looks strikingly similar to the latter’s Idol 4S, sporting glass on both sides linked together by a metal frame.

The DTEK60 differs from its design inspiration by offering a superior set of specs. There’s a Snapdragon 820 processor running the show which gets things done with the help of 4GB of RAM. It also carries a 5.5-inch QHD screen, 21MP rear camera, and 3000mAh battery.

Also Read: BlackBerry won’t be building its own phones anymore

While it currently runs on Marshmallow, BlackBerry promises that an update to Nougat is in the phone’s future. The firm’s main pitch when it comes to the phone is that the software behind it is more secure than other Android-based phones.

A rapid take on the top specifications of the BlackBerry DTEK60:

The BlackBerry DTEK60 is being bundled with a free Soft Shell and Rapid Travel Charger up till November 8. You can buy it now via the company’s site.