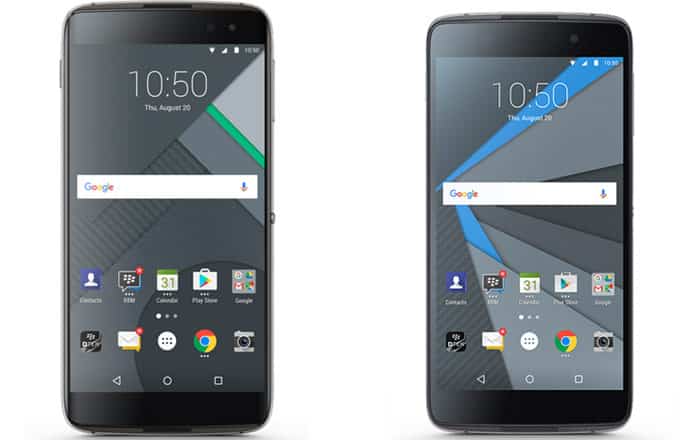 BlackBerry’s officially launched the DTEK50 and DTEK60 in India, its latest pair of Android-running smartphones. The two are the follow-up to the lackluster Priv and have been blessed with more affordable price tags.

The DTEK50 first hit the scene back in July this year and was followed by the DTEK60 in October. Both are essentially rebranded versions of TCL’s Alcatel Idol 4 and Idol 4S, respectively. BlackBerry’s added its own touches here and there when it comes to design but has mostly focused on its software and security offerings, dubbing the two the world’s most secure Android smartphones.

Also See: BlackBerry won’t be building its own phones anymore

The top draw of the DTEK50 is BlackBerry’s enhanced security thanks to features like malware protection, encryption, security monitoring via the DTEK app, Hardware Root of Trust, Android OS hardening, and Secure Boot Process. The company is looking to target enterprises with the handset, hoping its specialized suite of productivity applications and privacy enhancements appeal to them.

As for the Rs 46990 DTEK60, the device boasts of better specs all around, including a bigger 5.5-inch QHD display and Snapdragon 820 processor. It notably comes with a fingerprint scanner, something which the DTEK50 lacks.

Specifications of the BlackBerry DTEK60 at a glimpse:

The BlackBerry DTEK50 and DTEK60 will hit Indian outlets this weekend and in early December, respectively.