T-Mobile isn’t quite happy with BlackBerry’s decision to end their agreement, but the provider isn’t shunning off current customers. And to show their support to BB loyalist, the magenta carrier is offering $100 credit to all BlackBerry owners on its network which can be used against purchase of a new device.

There’s no limitation on which devices the in-store credit can be used against and T-Mobile will even allow you to pick up a BlackBerry Q10 or Z10 for $100 less. According to the John Legere, the carrier’s CEO, the offer will be valid for the rest of the year. While T-Mobile won’t be selling any new BB10 handsets, you’ll still be able to bring your BlackBerry devices to its network. 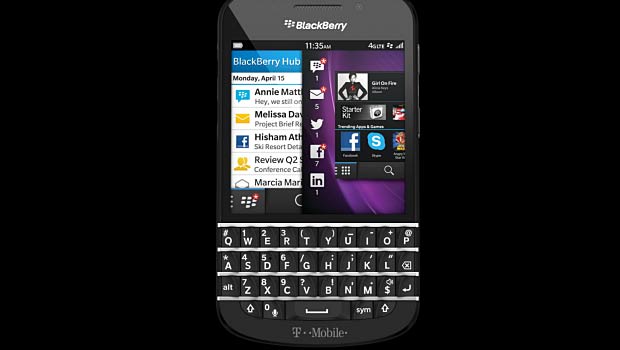 BlackBerry has had it rough for the past few years and T-Mobile was the first carrier in the US to stop selling BB10 devices in stores. Adding fuel to the fire, it also launched an iPhone 5S promo for BlackBerry customers, which didn’t sit well with the Canadian company and fans. While sales might not be promising in certain locations, the OEM is seeing great demand for its Z10 smartphone in India which is on sale for below Rs 18,000 after a massive discount. Even the Z30 has seen a price cut in the country.

BlackBerry’s plans for 2014 include two new devices, the Z3 and the Q20 which are all-touch and QWETY smartphones, respectively. Both handsets are yet to go on sale and the company has taken a new design approach with them.

Hey, I hear ya. You want the newest #BB devices with @TMobile. Tell @Blackberry and #Chen you’re unhappy with his decision! #BBSpeakUp

T-Mobile is still working on convincing BlackBerry to rethink its recent decisions, or so suggests John Legere’s recent tweets.