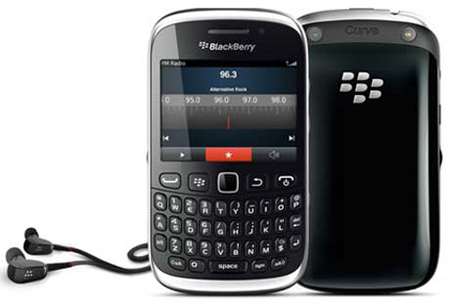 It seems like RIM fans will have to wait a little longer to get a taste of the BlackBerry 10 OS, as even after unveiling the platform, the company has introduced the BlackBerry Curve 9320 running the 7.1 OS. Only a couple of months ago, this smartphone that was believed to be the 3G version of the Curve 9220 for India, was caught on camera.

The social-ready phone has been embedded with a dedicated BBM key for instant access to the native messaging application. It flaunts the typical BlackBerry form factor with a physical QWERTY keypad which should facilitate faster typing. The smartphone comes with FM radio and boasts of offering a long battery life that supports FM playback for about 30 hours. Users can expect talk time of up to 7 hours on a single charge.

“The new BlackBerry Curve 9320 is designed to make it incredibly easy for users to stay socially-connected. The new BlackBerry Curve 9320 will be especially popular with customers upgrading to a smartphone for the first time and existing Curve customers looking for a step up in speed and functionality,” commented Carlo Chiarello, EVP, Smartphone Business at Research In Motion. 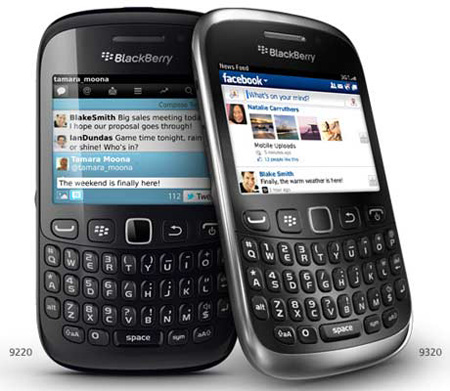 The phone is said to be compatible with 3G networks around the globe that should ensure instant web access at all times. Some other social features include pre-loaded Facebook as well as Twitter applications and Social Feed 2.0 for updating multiple networking sites at the same time. This handset is armed with a camera that possesses attributes like flash, video recording and the location tagging function using the built-in GPS. Complete with parental controls, the Wi-Fi enabled device can also act as a mobile hotspot to share its 3G connection.

The BlackBerry Curve 9320 release date and price are not yet known.