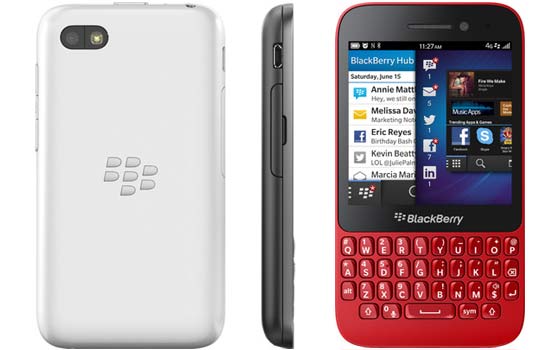 The BlackBerry Q5 release date has been set for tomorrow in India and the smartphone’s price has also gone official. The second BB10 QWERTY iteration from BlackBerry will retail for a price of Rs 24,990 which is a tad lesser than what we previously estimated.

The arrival of the BlackBerry Q5 in the country was anticipated from a long time and it was just yesterday that we received confirmation of its official launch. The smartphone has a similar appearance to that of the previous generation Curve series. It’s basically a much more affordable alternative to the Q10 that’s retailing for a cost of above Rs 40,000. Buyers will find the same 3.1-inch Super AMOLED display on the front.

This panel proffers a 720 x 720p resolution. Let take a look at the rest of the hardware now. In a nutshell, the handset features a 4-row QWERTY keyboard along with a 2MP webcam on the front and a 5MP AF camera on the rear. The innards are filled up with a dual core 1.2GHz Snapdragon S4 processor, 2GB of RAM, 8GB of storage and a 2180mAh battery.

The amount at which the BlackBerry Q5 is retailing, it will go head to head against various smartphones from the Android segment, not to mention the hordes of budget phones available in the country with alluring specifications. The competition would comprise of the Oppo Find 5, the Nexus 4, the Xperia SP and the Galaxy S4 mini amongst others.

The BlackBerry Q5 is the cheapest handset there is which runs on the BB10 platform. With a price of Rs 24,990, the device is a little over half the amount of its larger sibling and the Z10 flagship. The smartphone will be released on July 17 in color options of red, white and black.