BlackBerry Classic will come dressed in white, just like the Passport

The much awaited Classic which looks to bridge the gap between old school BlackBerry phones and new-gen ones is apparently set to be made available in the form of a white colored model as well. An image showing this variant standing alongside the black model is making the rounds at the moment, but there has been no official confirmation from the company’s part.

This strategy is identical to the path taken by the Canadian firm when it was unveiling the Passport in a bit by bit fashion. At first, the standard black version of the square handset was showcased, and then the white and red variants were unveiled after intervals. This makes us believe that apart from a white variant, the BlackBerry Classic could get a red one as well. 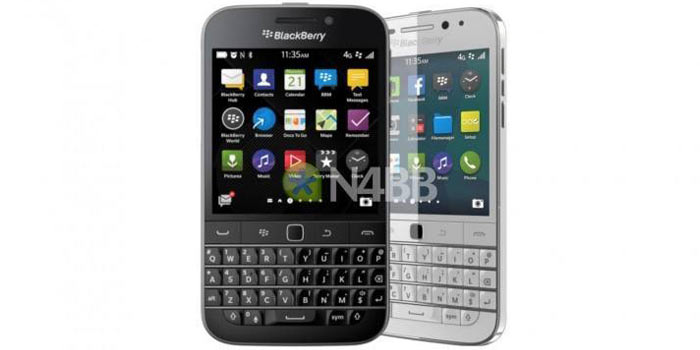 The image you’re seeing in the space above has come via N4BB which unfortunately, does not have any word on when this white colored model will be officially released. The Classic is currently on pre-order at a price of $449, and is slated to be launched on December 17.

Equipped with trademark BlackBerry navigation buttons and a QWERTY keyboard, the phone houses a touchscreen display that’s 3.46 inches in size. The fact that it runs the BB 10.3.1 OS gives it the ability to run Android apps, among other things.

Here’s a quick glance at the specs of the BlackBerry Classic:

Like we said, the white version of the BlackBerry Classic is still to be officially talked about. However, the image above seems legitimate enough for us to believe that an announcement will come sooner or later. Let’s be patient then.