BlackBerry Classic gets its snaps taken, reminds us that it exists

With the upcoming Passport and Porsche Design P’9983 smartphones getting all the attention over the past few months, we’re pretty sure you’ve forgotten about the BlackBerry Classic, you know, the rebranded Q20 which wows to bring back the traditional design. Well, the handset has been lurking in the shadows for quite some time, but has now been spotted in fresh leaks.

Images of the handset have hit the web and show the device posing with previous smartphones. The last time we got a look at the BlackBerry Classic, it was showcased by John Chen, the company’s CEO. The latest images which were obtained by CrackBerry via a weibo account don’t tell much, at least nothing apart from what we already know. 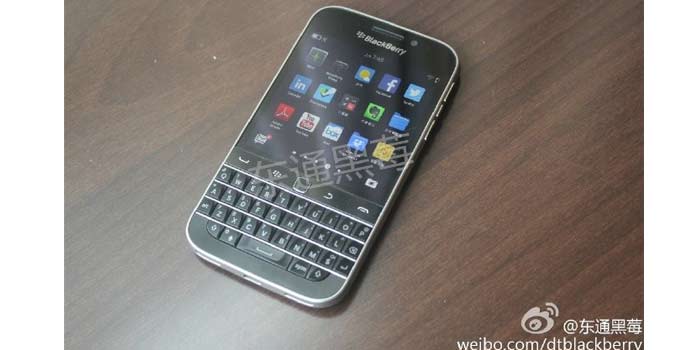 The handset is actually a successor to the Q10 which was the first QWERTY device in the BB10 portfolio. While the previous model offered a touch and type experience with the exclusion of a few features, the upcoming one will bring back the traditional look which was found on BlackBerry OS 7 and earlier smartphones, hence the name.

Aside from the iconic keyboard design, the device will have the BlackBerry button, dedicated answer and reject keys, a back button and an optical trackpad, all of which have been omitted on the new designs. The phone will be marketed as a high-end option carrying a 3.5-Inch display, a 1.5GHz Snapdragon S4 processor and 2GB of RAM. 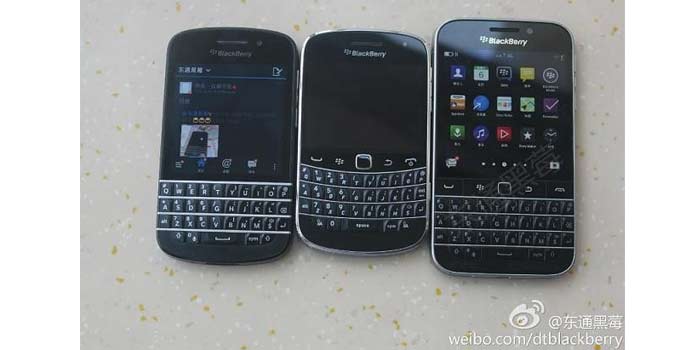 The BlackBerry Classic is expected to go on sale sometime in November, while the Passport and Porsche Design P’9983 handsets will hit stores in the coming weeks.