Joining the league of bigwigs like Siri, Google Now and Cortana will be the new BlackBerry Assistant which is supposed to be a part of the BB 10.3 OS build. This personal digital assistant will be activated by voice and will be usable for performing a number of daily tasks without troubling the user much.

It will first be seen on the forthcoming Passport handset which is set to be released sometime later this year. Setting reminders, opening apps, sending messages, posting social media updates and changing settings of devices will be some of the tasks that users of BlackBerry Assistant will be able to perform with their voice. 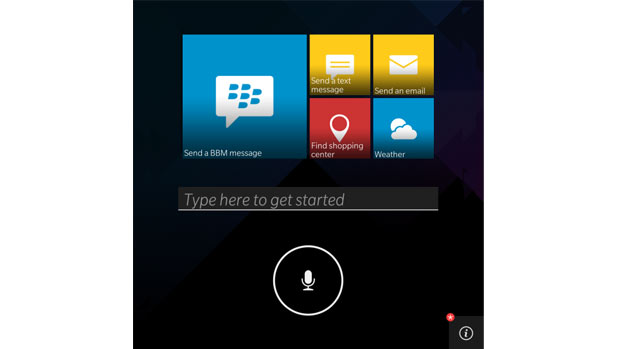 And then of course, it’s intelligent too; in the sense that it learns from your habits over a course of time to better tailor the experience for you. Apart from the Passport, all devices which will be eligible for the BB 10.3 OS update are expected to receive this feature.

The strangely shaped Passport handset will be BlackBerry’s new flagship which will come equipped with an intuitive physical keyboard. Its display is sized at 4.5 inches and bears a resolution of 1440 x 1440 pixels which brings its pixel density count to 453ppi.

Although other specs of this device have not jumped out into the open as yet, it is being speculated that 3GB worth of RAM will occupy space inside it. A 13MP main camera and a 3500mAh battery are also expected to form part of its offerings.

Like we said, BlackBerry Assistant is a component of the BB 10.3 OS update which doesn’t have a release date yet, but is likely to be launched in the coming months.