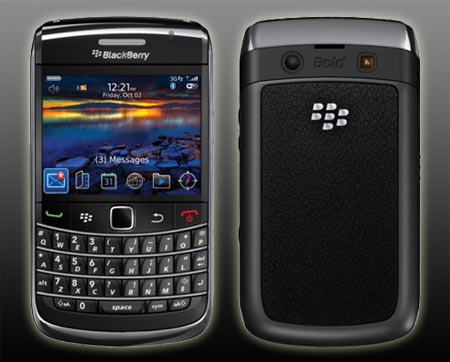 Word is that the BlackBerry Bold 9700 is one of the best ever smartphones to come out of RIM quarters. So we put the gizmo through a review to check if it lives up to the fame it seems to enjoy among smartphone adopters. Though BlackBerry fans may like to believe that the handset came into being just as push e-mail capable, QWERTY keyboard flaunting and very business-looking smartphone it is today, the first BlackBerry device made its appearance as a two-way pager back in 1999. A glimpse at the global smartphone market tells us that RIM has groomed the brand well enough to make it the second most popular platform after Nokia’s Symbian OS.

We’ve always appreciated the very corporate-looking exteriors that BlackBerry phones sport. With a BlackBerry in hand, you can always manage to fool people into thinking that you’re one of those bustling career oriented people even if you’re just checking out the Predators trailer on YouTube or updating your Facebook status. In spite of the Pearl and BBM offerings, we are not convinced that RIM is too keen on the youth market. The first thing we laid eyes on upon tipping the Bold 9700 out of its box was the front panel that is so typical of BlackBerry phones. We thought that there was nothing unusual about the body until we flipped it over onto its back. The combination of plastic, metal and leather stamped with a metallic BlackBerry logo on the back panel is not very neat. We wouldn’t go so far as to call it an eyesore, but it could do with a little more elegance.

The chassis’ edges host a 3.5mm headset jack, two convenience keys, a microUSB port and the volume controls. We could have almost missed the mute and phone lock buttons that sit flat on the top of the handset. When it comes to watching videos on the BlackBerry Bold 9700, the audio quality may be described as average at the very best. It does not work wonders for the 2.4” 480 x 360p display that delivers vibrant and crisp videos. Don’t believe the warning that pops when you try to activate AudioBoost which is touted to ‘exceed the recommended safe output volume limits of the BlackBerry smartphone’. Unless Rammstein or Lamb of God has been doing enough damage to our ears to render them a bit impaired, we failed to experience any ringing in our ears as a result of activating this feature and playing out tracks on the speakerphone or headset. Our resident IT expert who happens to be an Enya fan shares our feelings on this angle. It must be noted that the call quality doesn’t suffer much on this account though.

Since Wiki tells us that BlackBerry phones are primarily known for their ability to send and receive mails wherever they can access a network, we tried ‘Gmail-ing’ first. The phone’s 3G and 2G network capabilities made it an easy process and did not trouble us with lag issues. Though a lot of people seem to dislike the BlackBerry browser, it isn’t something we found complaint-worthy. This brings us to the 35-key full QWERTY keyboard and optical touchpad for input. The keypad’s size has been scaled down like the rest of the chassis and there’s obviously no virtual keyboard input option. It’s funny how RIM took their time venturing into the touchscreen market with the Storm. If you compare the keyboard’s layout to those on the Curve editions, the latter’s may look a bit neater with the keys being well separated from each other. However, the raised ridges on the Bold’s highly tactile keys compromise for the downsizing so that typing out messages or mails is not difficult in spite of the buttons’ sizes.

If RIM has been trying to change the way we use Facebook on our handsets by integrating it with the messaging functions, it’s not working very well. You still have to sign into the SNS like you’d do if you’d accessed it through the browser. Unlike the stark contacts layout, the messaging interface is a lot of fun and very IM-like. Most people will be quite familiar with the games aboard this handset, Klondike, Word Mole, Texas Hold’em King 2 and Sudoku. Unless you are confident about finding a way around the error notifications that pop up every time YouTube is accessed, you will have to live without this phone or do without YouTube. The BlackBerry App World is a delightful place to visit with the applications well-organized into the top free apps, top paid apps and the newest on the block. We’re guessing that anyone who buys a BlackBerry won’t be complaining about the price of the apps. At any rate, the top paid apps appear reasonably tagged at prices ranging from $2.99 to $4.99.

RIM could have put a trackball on this handset. Not everyone may agree, but good sense prevailed and a highly responsive trackpad that complements the keypad smoothly is what the Bold 9700 got in the end. The accommodation of zooming and panning gestures ease up web browsing and photo snapping tasks considerably. Additionally, the trackpad’s sensitivity can be adjusted and homescreen personalized with six different shortcuts. We call the BlackBerry Bold 9700 a smooth operator with regards to the internet browsing and e-mailing functions it offered us. It takes no more than a few seconds to google something or access Facebook. Unlike the majority of smartphones out in the market, it doesn’t have an integrated accelerometer or motion sensor, so much for playing motion sensitive games on this baby. At the same time, the squarish screen barely makes us feel wistful for the missing portrait and landscape switching modes.

The BlackBerry Bold 9700 phone’s OS has been upped to version 5, while the onboard memory amounts to 512MB and external memory is supplemented by the 2GB card included in the packaging. To answer the question of just how much more modest-sized is the Bold 9700 as compared to the Bold 9650, we whipped out the phone and accessed the calculator through the convenience key on the left to conclude that it’s 0.2” shorter, 0.1” narrower, just as slim and 0.5oz lighter or 4.2” x 2.3” x 0.5” in size and 4.3oz heavy. We’re not sure why RIM persists with fitting their handsets with cameras adhering to the 2MP to 3MP range, but that’s how it is. The phone we inspected had a 3.2MP AF camera with LED flash. Photos can also be snapped in black and white or sepia tones. There are cropping and geo-tagging options apart from the fine, superfine and normal picture quality as also the three size options. The bunch of other utilities that accompany any regular smartphone need not be elaborated upon. All being done and said, the 1500mAHR battery kept the phone going for around three days in spite of us toying around with it more than an average user would.

The handset’s extended battery life can keep you connected for a very long time if you compare it to most other smartphones in the market.

Messaging and e-mailing are as good as it gets on a BlackBerry and the four-row QWERTY keyboard takes very little time getting used to.

When we were done inspecting the smartphone, we weren’t sure if we actually wanted a more compact BlackBerry since the display size and keypad seem to suffer a little. Web pages tend to look minuscule on the downsized screen estate.

No YouTube! We faced a problem with downloading the application from the BlackBerry App World and directly accessing YouTube through the browser throws up an error notification.

RIM has tagged the BlackBerry Bold 9700 smartphone at Rs. 27,990 which is not all that heavy for a smartphone of its caliber. If we could sum it up in a single line we’d say that the handset delivers competent performance albeit in an unimaginative manner. It’s an 8 out of 10 rating for this BlackBerry offering.