BlackBerry A10 pictured with its 5-inch screen 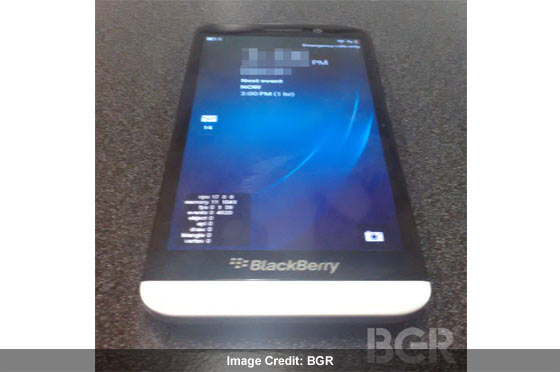 The BlackBerry A10, the specifications of which had leaked out recently, has been clicked in its full front profile, totting a 5-inch screen. This apparent image of the yet unannounced BlackBerry phone has come via the folks over at BGR, and they have even mentioned that it has been aimed by its makers at delivering power and gaming. If its leaked attributes are to be believed, it is the biggest and best device to have been manufactured by the Canadian company.

The BlackBerry A10 which is supposedly codenamed Aristo is said to have been slated for a fall launch, so that it will act as a flagship device for the remaining financial year. Its big display is a Super AMOLED one, and it won’t be a 1080p affair. The company has for some reason decided to stick to 720p, even as all major companies around the world are boasting of their full HD display-equipped smartphones. 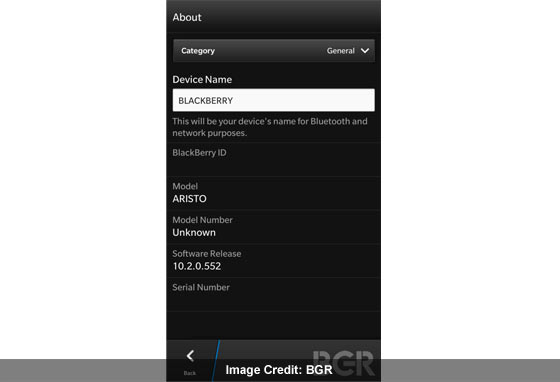 As far as its interior components are concerned, a dual core processor will apparently be seen powering it. Moreover, 2GB worth of RAM will find its way into the BlackBerry A10, say reports. Apart from that, a separate graphics processor will be infused into it. This is in line with the gaming-focused approach that the company is claimed to have adopted with the BlackBerry A10. It should be noted however that the BB World store still remains without a satisfactory collection of games to play.

The screenshot we’ve embedded above is from the same device, and shows that it runs the 10.2 version of the BB 10 OS. We’ll have more on the A10 if and when additional information about it shows up.