The rumors were true – The BlackBerry 9720, a device which should have gone official during the time when BB OS 7 was in demand, is now official and it’s expected to roll out globally in the coming weeks. BlackBerry is already having a hard time selling its current generation devices which run on the BB10 platform. The company recently announced that it is exploring strategic alternatives in order to speed up the development of the OS.

The current lineup starts at $420.50 which is for the low-cost Q5 handset, while the premium devices, namely the Z10 and the Q10, are retailing for around $399.50 and $569.50, respectively. The BlackBerry 9720, on the other hand, is being touted as a starter edition phone for first-time users with the main focus being towards social integration. The platform employed here has been updated with many enhancements, states the company. Also, the BlackBerry 9720 comes with the latest version of BBM and is business-ready through Enterprise Server and Server Express services. 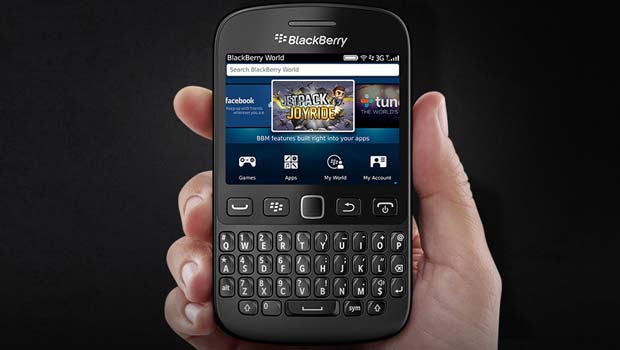 Design-wise, the smartphone is a lot like the Q5, but with broader curves. It features the traditional QWERTY keyboard and a trackpad on the lower half of the body, while the upper part flaunts a 2.8-inch HVGA touchscreen. The rear sports a 5MP camera. On the inside, the BlackBerry 9720 has an 806MHz Tavor MG1 processor clubbed with 512MB of RAM, 512MB eMMC storage and a microSD card slot for expansion purposes. Lastly, there’s a 1450mAh battery which can deliver up to 7 hours of talktime or 18 days of standby on a single charge.

The BlackBerry 9720 will be available through retailers and carriers in EMEA countries as well as Asia and Latin America.