The BlackBerry 9720 is an all-new smartphone which runs an old OS and while it went official just a few days back, its availability details for the UK have already surfaced. Additionally, the handset is scheduled to go on sale across Europe, the Middle East, Asia, Africa and Latin America, with no mention of the US and Canada in the roster.

So far, Carphonewarehouse has confirmed it will be stocking the BlackBerry 9720, but has mentioned no price. Over at Expansys, the smartphone can be pre-ordered for £179.99, while Handtec is accepting bookings for £177.59 which includes VAT. The BlackBerry 9720 falls in the touch and type category like the recently launched Q5 and Q10 smartphones. However, it’s powered by an older OS, version 7.1 to be precise, instead of BB10. Unlike the latter two devices, this one is the most affordable addition to the company’s 2013 lineup. It features a 2.8-inch 480 x 360p touchscreen on the top, while a traditional QWERTY keyboard sits on the bottom of the front panel. 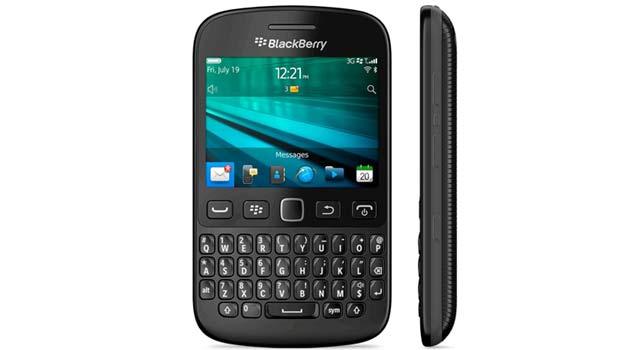 The rear flaunts a 5MP camera with LED flash and there’s a dedicated BBM button on the side for quick access to the service. Other physical features of the BlackBerry 9720 include an 806MHz Tavor MG1 processor, 512MB of RAM, 512MB of flash storage, a microSD card slot and a 1450mAh battery that can deliver up to 7 hours of talktime or around 18 days of standby.

While we’ve got confirmation that retailers will stock the smartphone unlocked and SIM free thanks to Unwired View, there’s no word on whether carriers will offer the BlackBerry 9720 smartphone or not. The estimated release date is early September, according to Carphonewarehouse.