BlackBerry 8820 and 8310 Smartphones launched in India 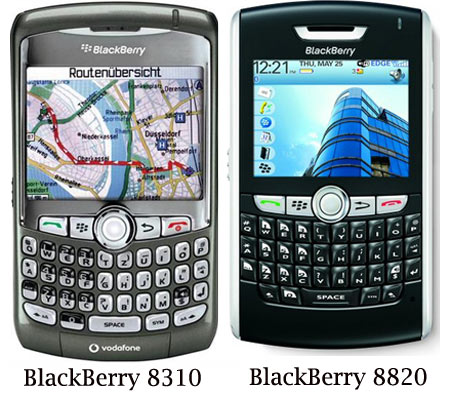 The BlackBerry 8820 smartphone features voice and data mobile connectivity via EDGE and GPRS, Wi-Fi connectivity (broadband wireless) as well as a number of location-based applications.

The BlackBerry 8820 smart device also comes with a navigation application called WayFinder. This application has the ability to pinpoint locations and to plan routes.

The second smart device launched by Bharti Airtel in India is the BlackBerry 8310 smartphone which also features GPS and a wide range of location-based applications and services such as Google Map.