BackBerry has had it rough for the past few years and the company is still not backing down. The once smartphone giant has issued an update to its BB10 platform which is versions 10.2.1, that brings various improvements to the OS and a handful of new features. The update is designed for all handsets powered by the BB10 platform and it’s rolling out globally.

On the BlackBerry Z30, Q10 and Q5 smartphones, owners will now have access to the built-in FM radio allowing them to listen to local radio stations. The Hub has a new filter feature for quickly accessing messages that are unread, flagged, drafted or sent. A fresh call screen is also present where you can swipe the slider left or right to answer or reject. 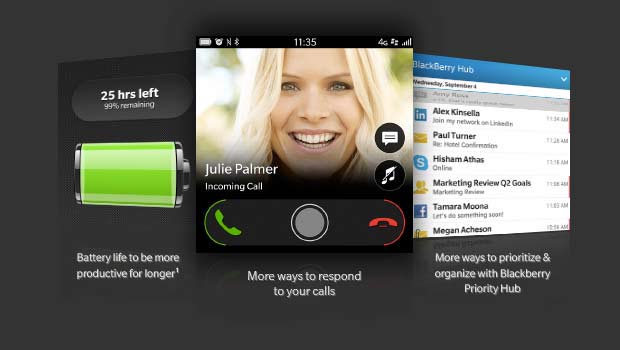 These are just the start – BB10.2.1 has a lot more to offer. Notifications can be opened directly from the lockscreen for quicker response to messages and missed calls. Along with a customizable Quick Settings drop down menu, the company has thrown in a picture password for unlocking the device. The Battery Monitor app has also been augmented to deliver more information on usage.

Apart from all of these enhancements, there’s one feature in particular that BlackBerry hasn’t mentioned in its changelog. BB10.2.1 will allow you to install Android applications out of the box. This means that they can be sideloaded instead of converted into a native release for the platform. Engadget has confirmed that installing APKs from the file manager is possible. 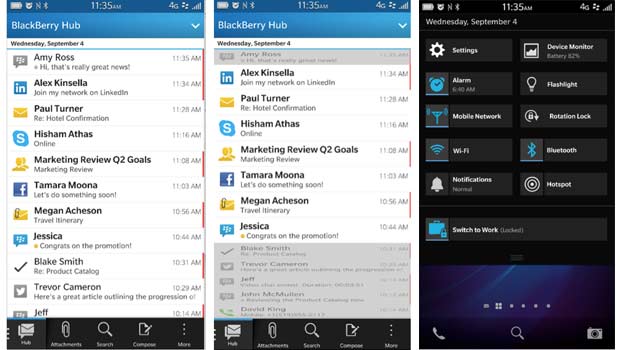 The BB10.2.1 firmware is now seeding in the US, Europe, Canada, the Middle East, Africa, Asia Pacific and Latin America. As we’ve mentioned above, all BlackBerry 10 devices are entitled to receive the update including the Porsche Design P’9982. The complete list of features in the new release can be found at this link.