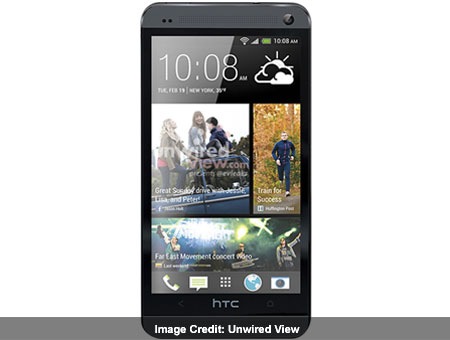 An image of the HTC One in black has been leaked, and this comes so soon after a rumor surfaced relating to a March release date. That piece of gossip also brought along a price for the handset in the US and said that it would arrive through several carriers, possibly in two internal storage variants. It is alleged that this is the official name of the handset previously codenamed M7.

With this leak, it seems the high-end One series from the company will try to grab as much market share as possible, spoiling eager customers for choice in terms of color options, much like the Z10 does. Oddly, the BlackBerry device is set for launch in India soon, an event for which we’ve received a rather creative invite. Check out the post which contains the mysteriously appearing message urging us to keep ourselves free later in the month. 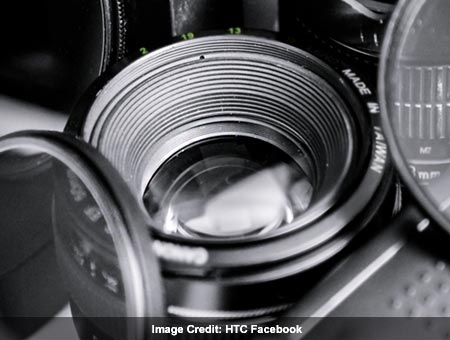 For now this is the only image of the aforesaid phone in black, and it comes by way of Unwired View’s mini-celebrity, Twitter user Evleaks. The website points out that there’s not much new information to accompany the picture, but it appears to be an American press shot.

From what can be seen, the final design seems to have been confirmed. There even appears to be a unique 2-button layout, and like a teaser within a teaser, February 19, 2013 may just be the date when it will be launched. The company has been active on its Facebook page hinting at the fact that something is to come of said date, but we’ll just have to wait for a few days to confirm. 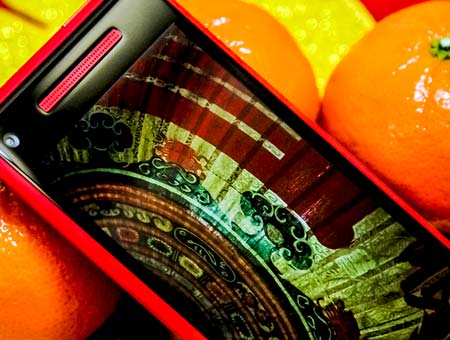 Recent rumors grant the phone Android Jelly Bean with Sense 5, speaking of which we reported that a simplified version of the UI was in development with codename G2 in tow. Other features include a 1.7GHz quad core Qualcomm processor and 2GB RAM with a 2300mAh battery. This power unit seems small, considering that the phone will have a 4.7-inch 1080p SoLux display.

We just have the one leaked image of the black HTC One to show for right now. We must wait a few days for something more to officially surface, but in the meantime here’s a look at a (random) device from the Taiwanese manufacturer pictured with tangerines.