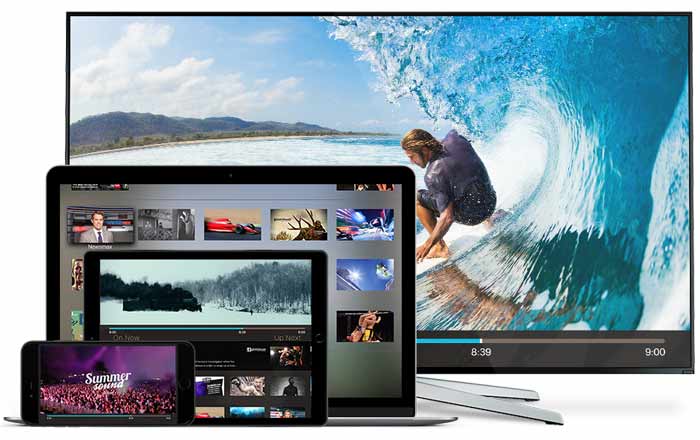 BitTorrent has announced a brand new streaming platform for live and linear broadcasting simply dubbed BitTorrent Live. The app is set to hit Apple TV sometime this week before moving on to iOS and Android in June.

BitTorrent Live is trying to differentiate itself from other live streaming platforms by implementing the brand’s proprietary peer-to-peer technology which promises to cut down lag time to sub 10-second latency. The protocol is being touted by the company as the solution to the problems facing live broadcasts nowadays such as delays caused due to latency issues.

BitTorrent Live basically turns every viewer into a broadcaster, more or less emulating the file distribution software it became famous for. Instead of only one source airing the video, the burden is shared among a number of viewers. This model supposedly allows the stream strength to remain strong.

It additionally lets the broadcast be easily scalable. BitTorrent compares this to how traditional Over-the-Air TV works. In a blog post last year, the company spoke about how the standard methods for online live transmissions require the broadcaster to pay more as more viewers join a stream.

Peer-to-peer live streaming gets rid of this dilemma by following the classic TV model where there aren’t any no additional costs to bear when the audience size increases. BitTorrent Live offers a number of free channels right now with plans to add ad-supported, subscription-based and Pay Per View premium tiers.

The free channels in BitTorrent Live focus on a wide range of topics including news, music, movies and tech. For instance, arty film lovers can check out Filmbox Arthouse to get their monthly fix for discussions on German Expressionism and New Romanian Cinema.