BioShock has received a release date from 2K Games. The game will be released for PS3 on October 21 in North America and on October 24 internationally. 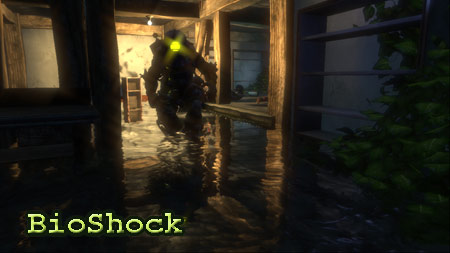 “We are proud to introduce 2K Games’ showcase title, BioShock, to an entirely new audience,” said Christoph Hartmann, president of 2K. “With the addition of the new Add-On Game Content we are able to extend the award-winning adventure while maintaining the perfect harmony that millions of players around the world have fallen in love with.”

BioShock game for PlayStation 3 claims to be filled with fresh content promising to give a new experience to its players. The game comes with the engaging Survivor difficulty mode amongst the newly added features. The other new features include Trophy support and Add-on Game Content.

The Challenge Room of BioShock is exclusively built to challenge the new and experienced players’ mettle which will require them to put to use all the skills and know-how of the game they developed while exploring and fighting across Rapture. Players can experience the Challenge Room after it is made available for download post-its launch at the Games Convention 2008.

BioShock is all about a narrative-driven action where players will get to experience in their journey across the ‘amazing, immersive and terrifying world’ of the city of Rapture. Fighting against the genetically mutated citizens of Rapture and powerful characters, the players will get to do the impossible in order to adapt and survive in the underwater city. The players also have an advantage of the customization options to play their way. Rated M for Mature by ESRB, the game is already available for Xbox 360.