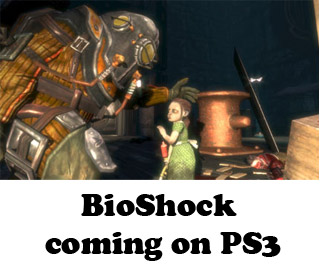 BioShock one of the most popular games on the Xbox 360 is now coming on the PlayStation 3. It is no longer a rumor; the news is confirmed by EGM (Electronic Gaming Monthly).

According to EGM the PS3 version of BioShock will hit the market in Fall, 2008. However, as of now there is no public statement released by 2K, the developers of the title.

BioShock’s Windows version is also available in the market.