Bing has just given you one more reason to better label the Pinterest boards you’re so proud of. From now onwards, when you carry out an image search on Bing, the right side of the results page will look slightly different.

The image results will throw up the usual tile-like interface, of course. But the column on the right which features Related Topics stacked on top of each other has now been pushed down. The first thing you see on this side of the screen will be Pinterest boards instead. 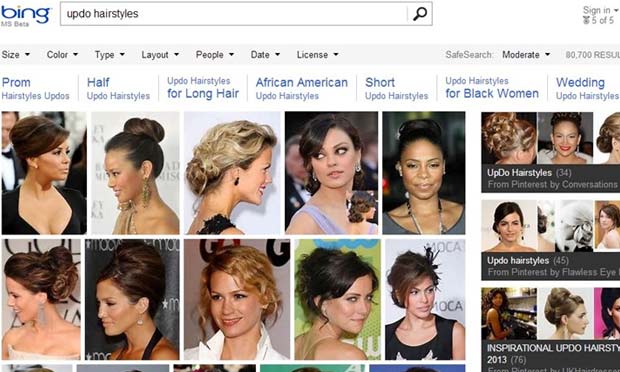 These collections are easily distinguishable from Bing’s own Related Topics sections since they’re presented in such a way that the images are in focus rather than the search term. The reasoning behind the addition has to do with the fact that the company thinks people are better than computers when it comes to gathering the most interesting content.

“We started to ask ourselves, what if we could have the best of both worlds, combining the power of algorithms with the taste and judgment of real people,” says the official Bing blog.

This is not Bing’s first tryst with the photo-sharing website. Back in April, the company had also introduced a feature which would let users easily add pictures to their Pinterest board. When you click on a result in image search, an option to expand it as well as a small ‘Pin it’ icon appears beside it. 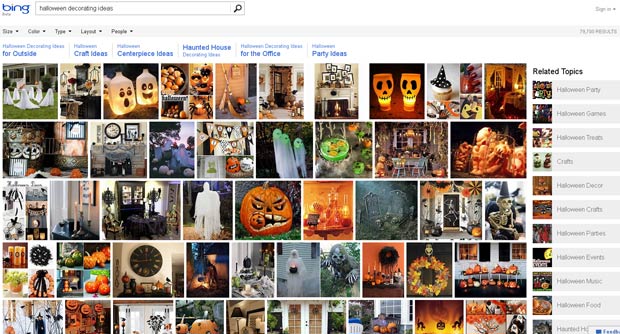 Well, Bing seems to have got it right when its insists that people collect the most interesting content. We mean, how’s a machine to decide which is a more visually arresting picture if presented with a choice of photos to examine?