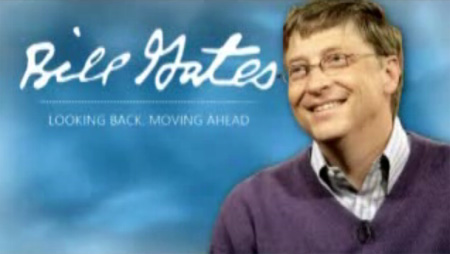 On the occasion of retirement of the founder and chairman of the organization, Microsoft has released a video named “Looking Back, Moving On” which is available here www.microsoft.com/presspass/exec/billg/videos/. The small video focuses on Bill Gates’ career and his future plans.

Though Bill Gates will not be involved in routine work, he will still look after selected projects of Microsoft. In the absence of Gates, Microsoft will be led by CEO Steve Ballmer, Chief Research and Strategy Officer Craig Mundie and Chief Software Architect Ray Ozzie.

On the other hand, Gates intends to start the second inning of his career with Bill & Melinda Gates Foundation, a charitable trust founded by Gates and his wife. The foundation concentrates on Global Health Program, Global Development Program and United States Program.

We wish best of luck to Gates for his upcoming second inning.