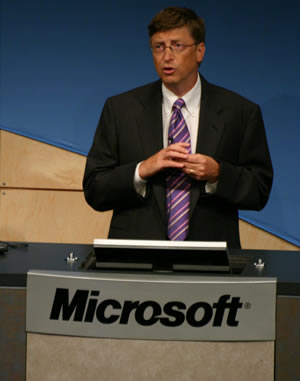 On Wednesday, Microsoft Corp. was informed of a Norwegian journalist who fabricated an interview with Microsoft Chairman, Bill Gates. The interview, which was printed in the Norwegian magazine Mann and top-selling Swedish daily tabloid Aftonbladet was actually totally fake.

In the four-page interview entitled “Big Bill”, author Bjoern Benkow claims that he spoke with Gates during a two-hour commercial flight in Europe. Gates was quoted saying that he never carries more than a “dime” in his pocket and that he makes $1 bets with his wife.

According to Bjoern Benkow, Gates also talked openly about competition with Google and Europe’s antitrust actions against the software company. The article, which was in Norwegian, quoted Gates as saying,”Google have been smart.”

Bill Gates’ personal assistant Craig Beilinson informed Microsoft Norway that the interview never took place and Gates did not fly in a commercial carrier at the time the journalist allegedly met him.

Benkow was not immediately available for comment. Bjoern Benkow apparently had also done interviews with Tom Cruise and Oprah Winfrey, which were published in Swedish media. During the interview with Tom Cruise, the actor stormed out after Benkow questioned whether Scientology could cure Dyslexia.