Social networking sites are the fad of the present day. They offer entertainment, interaction and a lot more. But somewhere they are becoming so common that one cannot go wrong if they are literally compared to the stereotype reality shows too. Both equally hyped but eventually fizz out as time passes by. And there’s yet another social networking site adding to the bandwagon. 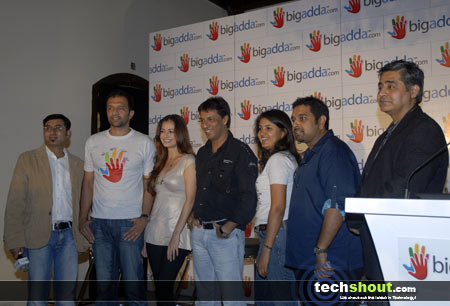 Monday, the 13th of August 2007, saw the launch of Reliance ADA group’s ‘BigAdda.com’ which touts itself to apparently be the ‘Indian Youth Networking Site’. BigAdda.com makes possible networking and self-expression by creating, uploading and sharing of videos, photos in a public, yet private, space. Some of the interesting features of this networking platform includes blogs and scribbles, which help the users express, comment and connect, Addas(communities) and forums – all of these catering to one of the most important needs of the youth today – ‘Self Expression’.

Indian social networking site BigAdda.com, plans to gather a user base of 10 million users by 2010 they have already taken a significant step in this direction by acquiring over a 100,000 customers in the last 6 weeks. The company plans to introduce a Music vertical for uploading, streaming and sharing of user playlists. Web Instant Messenger (IM) and wireless interface would also be introduced shortly, which acknowledges the youth’s asynchronous messaging habits and need for connectivity.

Since BigAdda.com has been made with the prime intention of catering to the youth, the panel of speakers too was celebs that are highly popular in their own respective fields amidst the Indian youth community. Present at the event were 5 youth icons to drive their communities online, namely popular glamour photographer Atul Kasbekar, music maestro Shankar Mahadevan, leading Indian female golfer Irnina Brar, top filmmaker Madhur Bhandarkar and stunning Bollywood actress Diya Mirza. 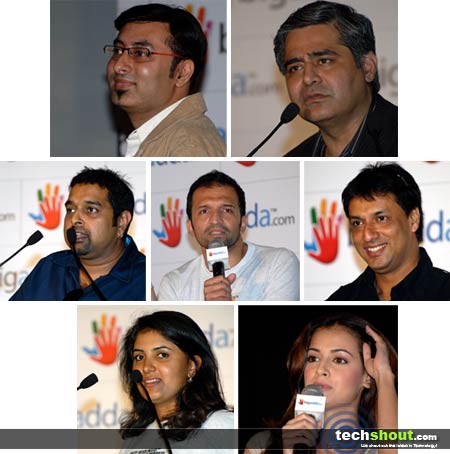 So what exactly are these youth icons going to do on BigAdda.com? As communities are a key driver for growth in the networking business BigAdda has these 5 youth icons joining them for the initiative.

To begin with, Kasbekar will be offering a sneak peak into his shoots and would head a Mobile Photo Contest where users would be induced to shoot and upload photos from their mobiles of which Kasbekar would shortlist the best. And this lucky member would get a chance to work on an assignment with the man himself.

If music is your passion then you can head to Shankar Mahadevan’s Music Adda, who will be encouraging the youth to compose and share their original music. One short-listed member would then get a chance to meet with Shankar and release an album through Big Music Label.