With the festive season in India gone, this may seem like an odd time to launch a high-value product, but the HTC One Max has been released in the country by its Taiwanese maker nonetheless. The fingerprint-scanner equipped phablet is set to be sold in the form of 16GB model at a price of Rs 61,490, but its best buy cost stoops a little to make the amount Rs 56,490.

Made available in the US through Verizon only yesterday, the HTC One Max was unveiled in October this year, following a slew of leaks which had already given away a host of information about it. Its huge 164.5mm x 82.5mm x 10.29mm body occupies a 5.9 inch full HD display on its front, whereas its rear houses a sensor for scanning fingerprints of its users. 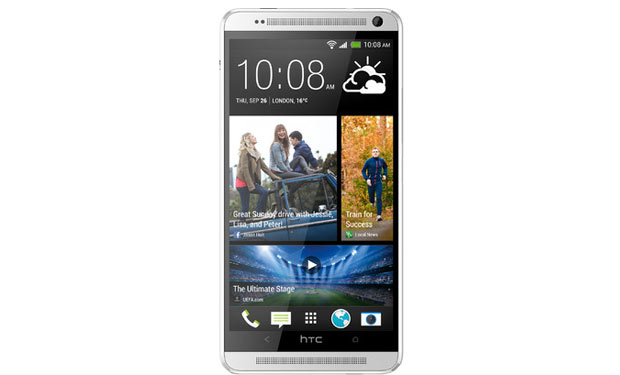 Just like with the HTC One mini, a number of features have been retained by the company from much impressive HTC One. These include the Ultrapixel camera, BoomSound stereo speakers and more. Powering the One Max from within is a quad core Qualcomm Snapdragon 600 processor which has been clocked at 1.7GHz. The device runs the Android 4.3 OS out of the box, and features a layer of the improved Sense 5.5 users interface.

Apart from 16GB worth of storage and 2GB of RAM, it also kicks in a microSD expansion slot. Its 3300mAh battery is capable of dishing out up to 28 hours talktime and up to 393 hours of standby time. Although the HTC One Max has been listed by some online retailers like Flipkart and Saholic, it still hasn’t been stocked by them. We’re guessing it wouldn’t take long for them to start selling it now, so keep checking their pages if you’re interested in purchasing the phablet.