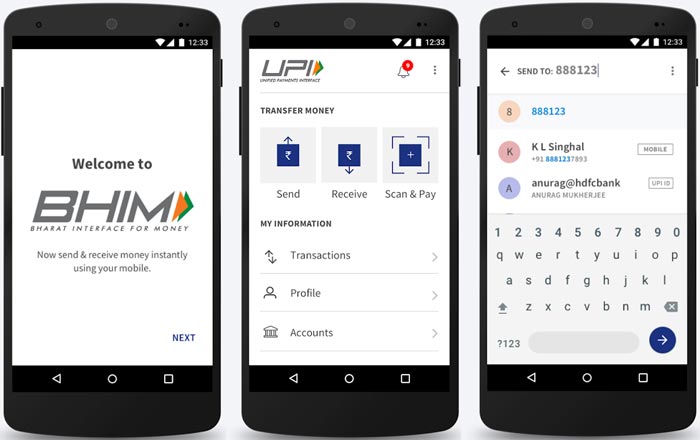 The government’s demonetization move left a lot of people with no choice but to turn towards the still-nascent world of cashless transactions in India. Prime Minister Narendra Modi has now launched a new app called Bharat Interface for Money (BHIM) to help this process along, touting various features and benefits.

BHIM was developed by the the National Payments Corporation of India (NPCI) and operates as an aggregator for UPI (Unified Payment Interface) transfers. The latter system allows money to be transferred between any two bank accounts via handsets, eliminating the need for wallets, multiple passwords, or adding various bank details.

All a person needs to start using BHIM is a phone number and a bank account linked to that number. They can download it via the Play Store where it’s currently the highest-ranking top free app. Once obtained, users will have to verify their mobile number through an OTP.

Users will then have to set up a UPI-PIN code and select their bank. BHIM is supposed to automatically pick up their bank details using their registered phone number. Note that only one account can be linked to the app at a time. People will have to manually go into the Bank Accounts section and change their default account if they want to switch.

BHIM features 3 main options namely Send, Receive, and Scan & Pay. The first can be used to transfer money by entering a person’s phone number, amount required to be sent, and UPI-PIN. The second allows them to request money. The third generates a QR code which can be scanned to obtain details, useful for merchants who can print the code for customers.

BHIM restricts transfers to Rs 10000 per transaction and Rs 20000 in 24 hours. Consumers without a smartphone or steady internet connection will have to dial *99# to prompt up a menu which allows them to make transfers. The application will further gain support for fingerprint recognition within the next two weeks.

BHIM is currently only accessible by Android patrons. An iOS version will be launched soon. You can download it via the Google Play Store.