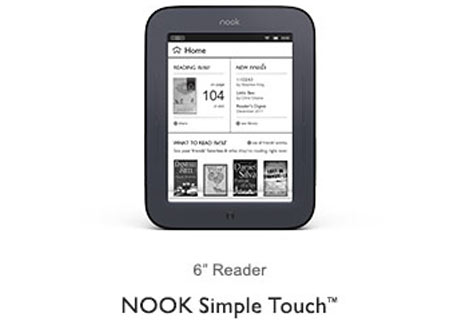 Barnes & Noble recently announced that it will be selling the Nook Simple Touch in UK with a huge discount, bringing its price down to £29. Additionally, various other devices in the series are available on the cheap as well, such as the GlowLight variant of the eReader in question and both Android powered HD tablets.

The B&N Nook Simple Touch discount is a result of partnership with the London Evening Standard to endorse their London Reading initiative which aims to promote reading across the country. The company plans on donating 1,000 eReaders to the National Literacy Charity where they will be used in schools to help children reap the benefits of reading. 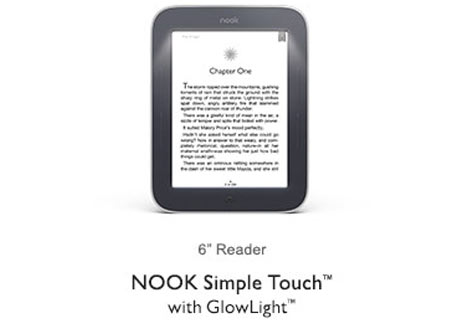 Both E Ink readers come with 6-inch display with a resolution of 600 x 800 pixels and a density of 167ppi. Powering them up is an 800MHz single core OMAP 3621 processor that’s complemented by a long battery life of over 2 months. This estimate is based on half hour of daily reading and certain other factors. The GlowLight variant packs in a backlight which allows users to read even in the dark. With the inclusion of Wi-Fi 802.11 b/g/n, owners are entitled to free internet at company-owned stores. 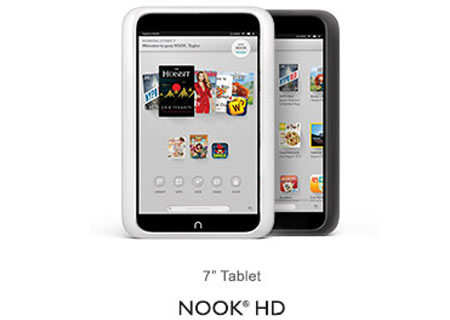 The Simple Touch HD series comes in 2 flavors. One carries a 7-inch display that proffers a 1440 x 900p resolution and 243ppi, while the other sports a 9-inch FHD touchscreen and a pixel density of 256ppi. The hardware components employed on the inside are identical. Both house a dual core OMAP 4470 processor with variable speeds, Wi-Fi connectivity, memory expandability up to 32GB via a microSD card and dual stereo speakers. The battery life is estimated at around 9 hours of video playback or approximately 10 hours of reading. 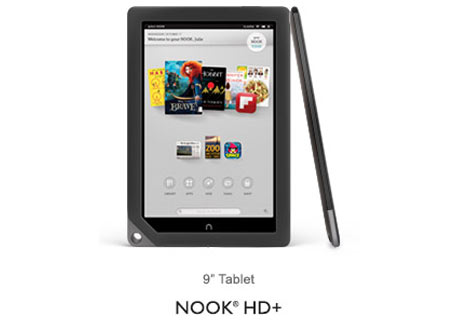 The Nook Simple Touch GlowLight which was £109 can now be purchased for £69. The 7-inch HD version is on sale for a starting amount of £129, while the 9-inch HD+ slate is selling for £179. The original rates were £159 and £229, respectively. The entire range is available in the UK through the company’s website as well as various retailers such as Argos, ASDA, Blackwell’s, Foyles, Currys and PC World amongst others. While the company mentions that the reduced rates are for a limited time only, there’s no confirmation as to when the promotion will end.