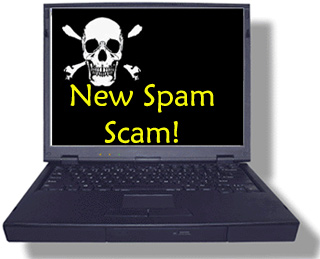 In case you receive a greeting card in your email inbox, you may want to think twice before opening it. Internet spammers have reportedly launched a widespread attack in an attempt to victimize Web surfers.

They are now concealing a computer virus in a link to an online greeting card, instead of trying to lure users into opening a corrupted attachment.
According to email security company Postini, it has seen around 275 million of these sort of messages ever since July 2 2007.

Also, on an average, Postini sees around 7,00,000 emails with viruses attached per day worldwide. But, this week, there have been as many as 35 million in a single day because of these e-card spammers.

Also, American Greetings, an online greeting card service has posted a warning regarding this matter.

According to Zulfikar Ramzan, senior principal researcher for Symantec, “It is just the latest trick for attackers to get users to install malicious software on their machines. I think attackers have come to realize simple is good.”

On most cases noticed, the subject line informs recipients that they have received a greeting card or a postcard from a so called friend, family member, school mate, neighbor or worshipper (secret admirer). When the email is opened, there’s a link to a Web site that uploads viruses on to the recipient’s computer.

“It’s a good lure. It’s standing a better chance to get somebody to click,” said David Marcus, a security research and communications manager for McAfee, another maker of antivirus software.

So, if you receive an online greeting card from an unknown sender who claims to be your friend, relative or secret admirer, the best thing to do is to delete the mail because users of infected computers have nothing but one choice which is to buy and install software that will scan and clean out their hard drives.