Google may have passed Motorola to Lenovo in a $2.9 billion deal, but it’s still holding onto Project Ara. We’re talking about a LEGO-style smartphone that will never have you buying a new handset again.

Want to upgrade your device’s screen, storage, camera, RAM and so on? You could simply swap the component in question for a new one. Project Ara will be a completely customizable gizmo just like Phonebloks and ZTE’s Eco-Mobius. 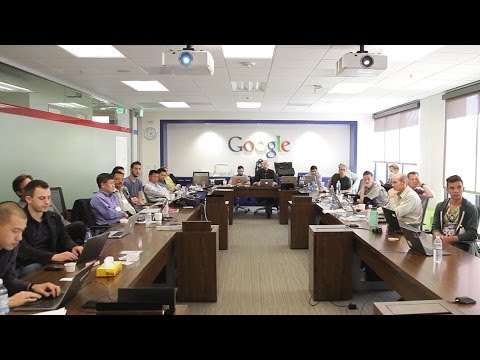 How do I customize Ara?

Google’s Advanced Technology And Projects (ATAP) team and Eric Gunther’s Sosolimited are working over the design of the user interface for an Ara ‘configurator app.’ Basically, it should let buyers pick the parts for their very own handset and see what it will look like.

The application is expected to function similar to the Moto Maker website which lets people customize their Moto X device and then place an order for it. The RAM, storage, camera, battery and other parts will be swappable and 3D Systems will provide 3D-printed covers for these modules. 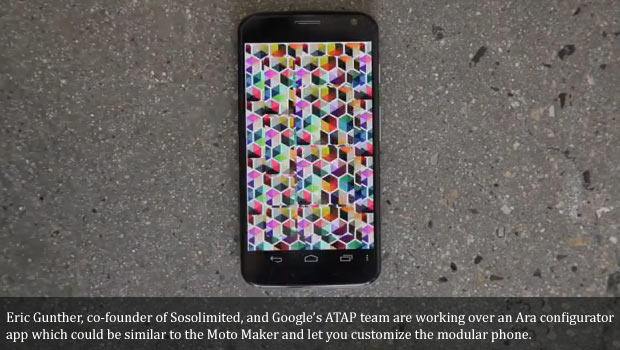 In the YouTube video posted above in which Dave Hakkens of Phonebloks (yes, Phonebloks) offers a sneak peek into the development process of Ara, it has been revealed that the various components of the smartphone are held together by electro-permanent magnets.

How long before I can buy an Ara phone?

While Motorola was still working on the project, CEO Dennis Woodside, told YouTuber Marques Brownlee that a prototype was almost ready. But no hints regarding market availability were dropped. So in case you were planning to give the HTC M8 or Samsung Galaxy S5 a miss and wait for this, bad idea. 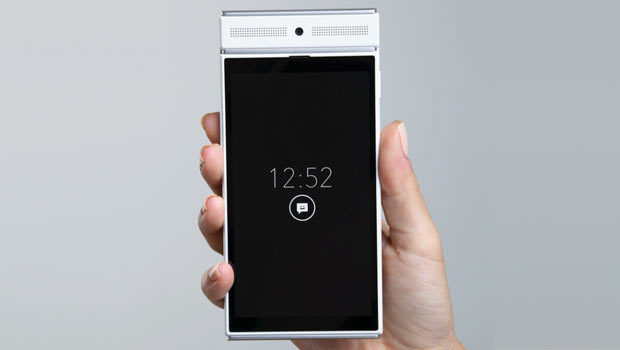 According to a Time Techland report cited by Engadget, Google wants to sell Project Ara for $50. But that cost will only cover the basics such as the screen, frame and possibly, Wi-Fi radio. How much more you pay for it may depend on the components you choose.