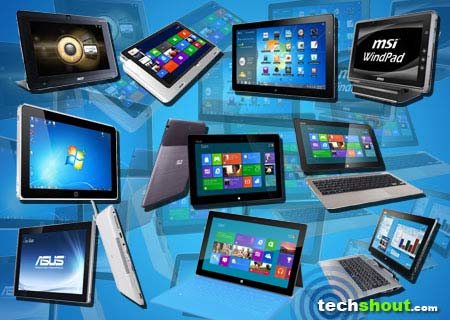 We’ve compiled a list of the best Windows tablets that can perform as well as any laptop out there. The devices we’re about to mention are aimed at catering to professional, extreme portability and entertainment needs. To top it off, some of them even come in transformable or convertible form factors, delivering the best of both worlds. So that’s a tablet as well as notebook experience in a single package. 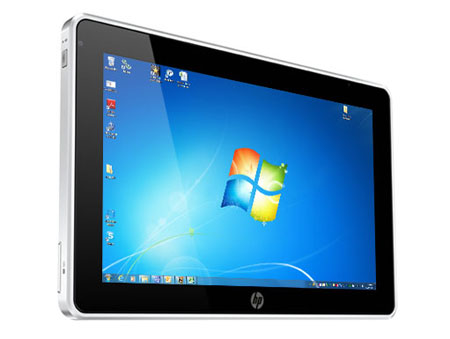 To start off, the HP Slate 2 is the first in our list to lead the way. Running on the Windows 7 Home Premium platform, this device packs in a decent set of specifications that bend more towards delivering rich entertainment. Firstly, there’s 2GB of DDR3 RAM coupled with an Intel Atom N2600 processor clocked at 1.60GHz. Where visuals are concerned, the slate houses a 10.1-inch HD 1366 x 768 TFT IPS display with a fingerprint-resistant coating. You’ll also be treated to 64GB of mSATA SSD storage, a full-sized SD card slot, a USB 2.0 port, a micro-HDMI output, Bluetooth v3.0 + HS, Wi-Fi 802.11b/g/n and dual cameras – a 1.3MP one on the front and a 3MP snapper on the rear. 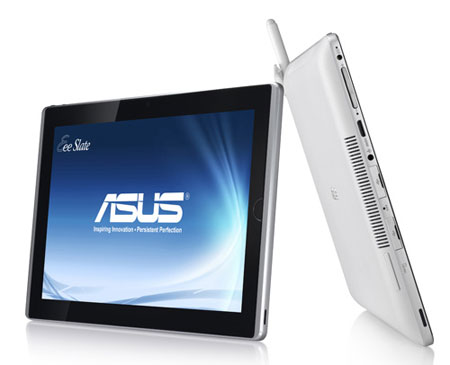 The Asus Eee Slate EP121 is the next addition to our roster till date. Catering to both entertainment and professional needs, this slate measures 16.95mm in thickness and tips the scales at 1.16kgs. Here, you’ll find a dual core i5 470um processor employed for doing all the heavy lifting along with options of either 2GB or 3GB of DDR3 RAM. Running on the Windows 7 Home Premium OS, the device comes with choices of 32GB or 64GB SSD storage capacities and connectivity features such as Wi-Fi and Bluetooth 3.0. And if a boost in productivity is what you need, the slate can be coupled with various kinds of accessories including a digital stylus pen, a Bluetooth keyboard and much more. 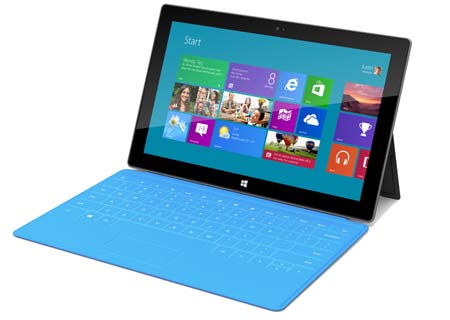 Microsoft took the world by surprise when it unveiled the 2 Surface tablets, one of which flaunts a 9.3mm profile and is powered by the Windows RT platform that is designed to run on ARM-based processors. Weighing 676 grams, this lightweight and portable slate is built from VaporMg that flaunts a premium finish. As of now, little is known about this variant of the Surface series. You’ll basically have a 10.6-inch ClearType HD display for visuals and options of 32GB or 64GB storage backed by a 31.5Wh battery as well as extras such as a microSD card slot and USB 2.0. 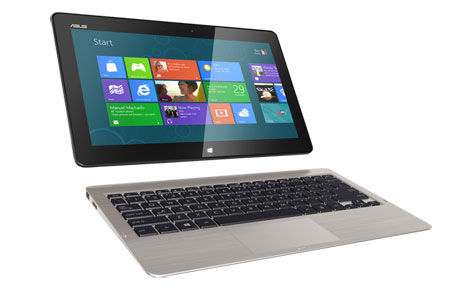 If you need a slate than can double as a notebook as well, then the Asus Tablet 810 could just be the right choice. Featuring a next generation Intel Atom processor, the slate is equipped with 2GB of RAM and 64GB of eMMC flash storage. The device currently runs on the Windows 8 Release Preview platform, delivering a full touch experience through its 1366 × 768p, 11.6-inch Super IPS+ panel. On the connectivity front, you’ll have access to 802.11 b/g/n Wi-Fi and Bluetooth 4.0 technologies. Asus has even thrown in a 2MP front camera along with an 8MP AF main one with LED flash. 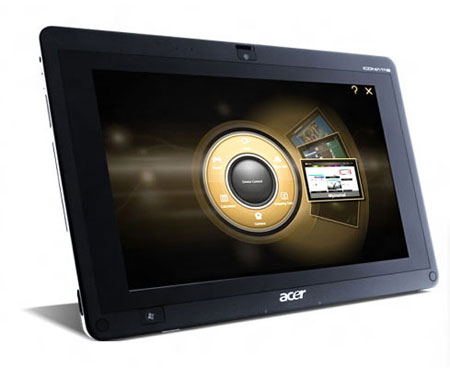 The Acer Iconia Tab W500 comes next on our roster aiming to deliver a combination of entertainment and productivity in a single package. This slate incorporates an AMD CPU, a dual core C-50 processor and a Radeon HD 6250 graphics unit. Apart from 2GB of RAM and 32GB of SSD storage, it houses a 10.1-inch HD 1280 x 800p multi-touch screen and weighs just about 1kg. For enhanced productivity, you can attach it to a full-sized dockable keyboard which tags along an Ethernet port, a USB port and the integrated Acer FineTrack pointing device. 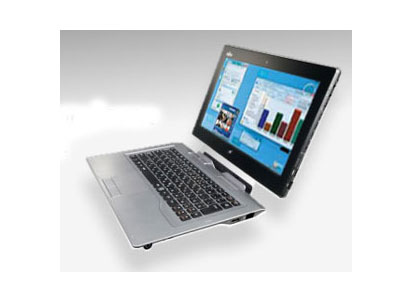 Lightweight, powerful and secure are precisely the words Fujitsu uses to describe its Stylistic Q702 slate. Aimed towards the business segment, you can be sure to find the least compromise on performance here with the third generation Intel Core processor lineup running the show. At 11.6 inches wide, the display affixed to the device proffers an AH-IPS anti-glare panel that’s developed using chemically strengthened glass. The hybrid slate is further fitted with various connectivity features such as 4G LTE, UMTS and Wi-Fi network support as well as security attributes like a biometric fingerprint sensor, BIOS password protection and Intel Anti-Theft. 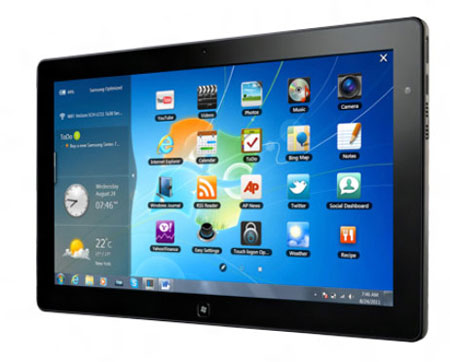 If you’re a professional who’s constantly on the move and depend on various Windows applications including MS Office, then the Samsung Series 7 Slate is worth taking into consideration. The device is powered by the 64-bit Windows 7 Home Premium OS portrayed through an 11.6-inch 1366 x 768p HD LED backlit display with SuperBright Plus technology. Under the hood, you’ll find an Intel Core i5 2467M processor with the HD Graphics 3000 family catering to your performance needs, while the memory requirements are filled up by the 4GB RAM and a 64GB SSD. 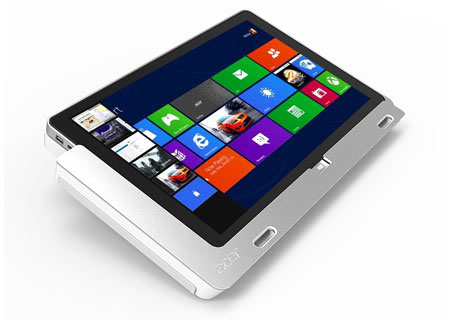 The Acer Iconia W510 first made its appearance with the initial wave of Windows 8 slates. What makes this device worthy of being seated on our lineup is the tri-mode feature which allows you to conveniently switch between different display modes for better touch input, typing and viewing content through the 10.1-inch touchscreen. To top it off, it can even be coupled with a keyboard dock in productivity mode for a quicker method of text input and an extended battery life of up to 18 hours. 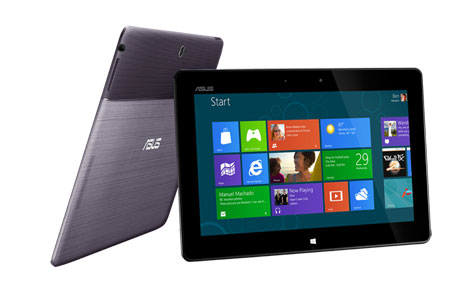 Similar to the Asus Tablet 810, the 600 also runs on the Windows 8 platform, but in this case, the RT version which is built exclusively for ARM processors. To keep you entertained, Asus has thrown in a 10.1-inch Super IPS+ display with a 1366 x 768p resolution. Apart from the quad core Tegra 3 SOC, the slate packs in an 8MP rear camera with a 2MP front-facing one for video calling. On the memory front, you’ll have 2GB of RAM and 32GB of eMMC flash storage at your disposal, while Wi-Fi 802.11 b/g/n and Bluetooth 4.0 cater to wireless connectivity needs. 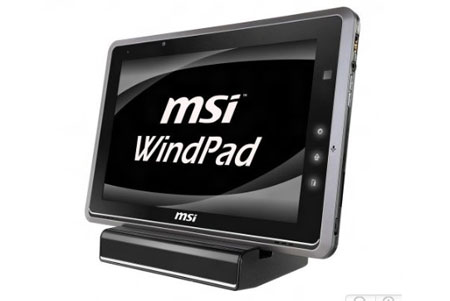 If you haven’t noticed, several of the aforementioned best Windows tablets aren’t available as yet. While the exact release dates and price details aren’t out, you can expect most of them to reach shelves in a couple of months; that’s after Windows 8 makes its commercial debut. So do tell us which of these slates you plan on picking up in the near future by leaving a comment or two below.