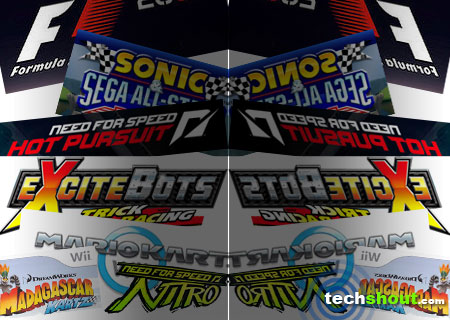 Looking for the best Wii racing games? Well, we’ve got a special list of 7 titles just for all you speed demons out there. The assortment includes casual gameplay, intense action, professional driving and crazy cop chases, which are basically various elements that would get your adrenaline pumping. So read on to uncover just what we’ve got in store for you.

Besides eating mushrooms and saving a kidnapped princess, the fictional character Mario, also stars in a sidequel title, Mario Kart. Although this long-running franchise has been available on Wii consoles for quite some time now, it’s still popular amongst many gamers. With 16 courses for you to cruise through, the game also comes bearing 16 classic maps from previous editions along with 10 arenas to show who’s boss. And to enhance the entire experience, players can transform their controller by hooking it up to a Wii Wheel. The Mario Kart title with the Wii Wheel price amounts to approximately $46.99 through online retail outlets. 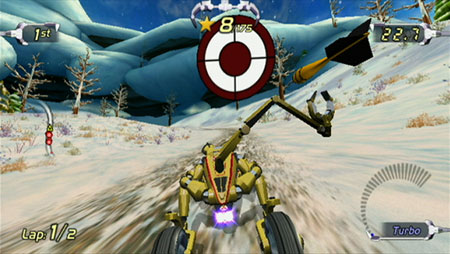 Similar to Mario Kart, the ExciteBots: Trick Racing title in our Wii racing games roster also comes with support for the Wii Wheel. Crossing the finish line first isn’t everything. You also have to score big by earning stars for jumps, performing tricks and speeding through tracks. With robotic insects and animals as racers, your main objective is to zoom across to the finish by boosting your speed with bottle rockets. You can even slow opponents down by laying clacker mouths along the tracks. And if driving around courses isn’t enough, the developer has added in a number of mini-games as well. You can drive into a soccer ball to score a goal, hit down pins for a strike, try your luck at darts to get a bull’s eye and even hit a clown in the face with a pie. The ExciteBots: Trick Racing price tag reads at roughly $39.99. 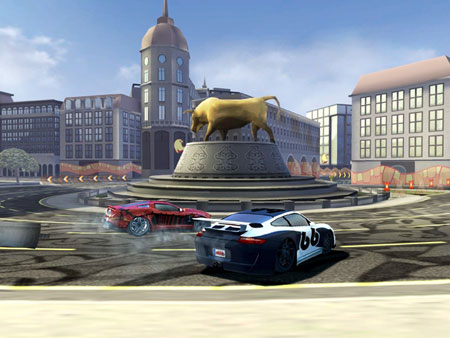 Developed specifically for Nintendo gaming consoles such as the Wii and DS, the Need for Speed Nitro game supposedly brings in arcade-style racing gameplay through a host of offerings. From fast-paced driving to offering over 30 cars, this title even takes you to various places strewn across five different cities. You can step into the cockpit of different vehicles that include the Chevrolet Camaro SS, Ford Shelby GT500, Hummer H2, Lamborghini Gallardo, Tesla Roadster, Dodge Challenger Concept and Mitsubishi Evo IX. Through its support for the Wii Remote, Nunchuk, Wii Wheel and GameCube controller, you can choose the one that most suits your style. The Need for Speed Nitro price stands at approximately $19.86. 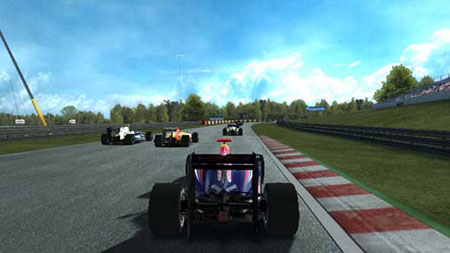 Our next addition to the Wii racing games roster is about to take things up a notch. Just cruising around courses isn’t enough for some. And that’s mainly why we’ve got the professional-styled F1 2009 title amongst out recommendations. Well, this one needs no introduction to fans of the franchise. It comes with 17 playable season tracks including Monaco, the Singapore night race and the Abu Dhabi Grand Prix as well as official drivers from the FIA Formula 1 World Championship series such as Lewis Hamilton, Fernando Alonso and Sebastian Vettel. The F1 2009 title can be picked up for around $129.91.

Unlike most offerings in the NFS series, Need for Speed Hot Pursuit apparently lets you become the most wanted racer or the best cop in town. The objective here is pretty simple. When playing as a racer, the main goal is to become the best there is and at the same time, avoid getting busted by the Seacrest County PD. And if you choose the righteous path, the tables are turned, making you the hunter of illegal racers. The Need for Speed Hot Pursuit price for Wii consoles stands at $14.99. 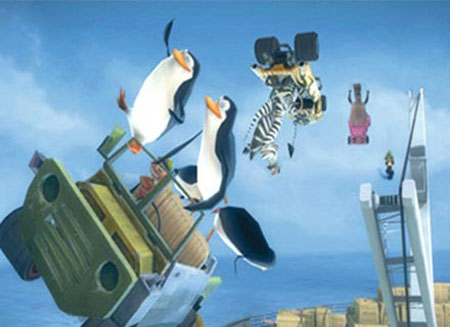 What happens when crazy runaway zoo animals learn to drive? You get the Madagascar Kartz title which has clearly earned a spot in the Wii racing games lineup. From the wild to the track, you can choose between well-known characters such as Alex, Marty, Gloria, and Melman as well as King Julien and all 4 penguins. And besides racing around courses, the game lets you perform jumps, flips, rolls and various stunts that can earn you special rewards. Its multiplayer offerings allow you to go head-to-head with up to 4 friends. The Madagascar Kartz price totals to around $19.54. 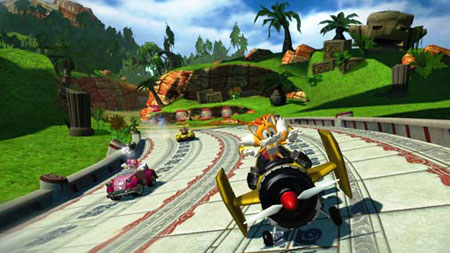 The famous blue hedgehog and his friends are back. And this time, they aren’t running through crazy levels, but speeding their way on the track in the Sonic & Sega All-Stars Racing title. With familiar characters such as Dr. Eggman, Tails, AiAi, Amigo and many more, behind the wheel, your vehicle options include cars, planes, motorbikes, and a banana mobile. To always put you ahead of the rest, each track comes with various shortcuts, power ups and specific All Star moves like Super Sonic, Banana Blitz and Tails Tornado. The Sonic Sega All-Stars Racing price flaunts a $19.99 tag.

We’re sure that the aforesaid best Wii racing games already have you strapped safely to your seat, ready to embark on an exciting journey. And if we’re wrong, do let us know what we’ve missed out on by dropping in a word or two. It’s time you rammed the pedal to the metal.