A list of the best Verizon Android phones should come into play when you are utterly confused over which smartphone to choose from the array of devices offered by the big red carrier.Be it the faster 4G LTE connectivity or the Ice Cream Sandwich platform, this network provider seems to have it all. So if the huge lineup offered by Verizon has done nothing but thrown you into confusion, steal a glance at the following list for some help with selecting the best mobile companion. 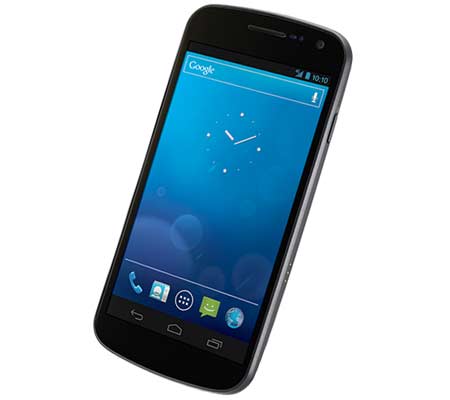 Although companies are coming up with devices which serve a scoop of the Ice Cream Sandwich platform, the Samsung Galaxy Nexus will continue to be a flagship device, considering that it marked the debut of this OS. Flaunting a huge 4.65-inch Super AMOLED multi-touch screen, it draws power from a 1.2GHz dual core processor and features 1GB RAM.

Besides 32GB memory capacity and battery life of about 12 hours, this Samsung phone boasts of offering attributes like Face Unlock and Android Beam amongst others. If you are ready to commit for two years, it could be yours for $299.99. 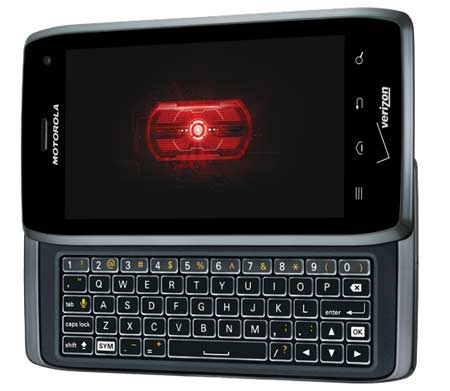 The Motorola Droid 4, one of the newest members in the portfolio of the carrier, is the next contender on our array of Verizon Android phones. With a thickness of about 0.5 inches, the phone enjoys the title of being one of the thinnest QWERTY handsets in the market. This 4G LTE enabled smartphone dons a 4-inch qHD display and operates with the assistance of a 1.2GHz dual core processor.

The Gingerbread device comes with 16GB onboard memory that can be increased using a microSD card of up to 32GB capacity. And in addition to a front facing webcam, it is also armed with an 8MP camera that can be launched from the lock screen itself. The Droid 4 can be picked up for $199.99 along with a two-year contract. 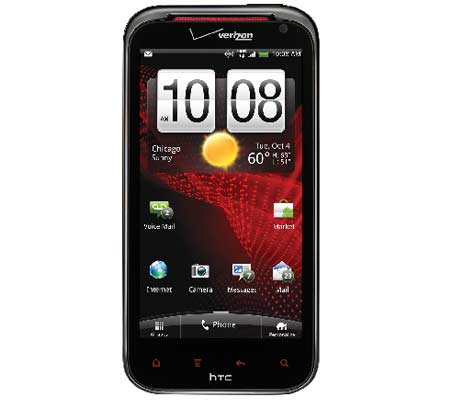 The HTC Rezound phone boasts of its Dr. Dre certification and there is a Beats Audio headset accompanying this Verizon offering. While the 1.5GHz processor teams up with 1GB RAM to let you launch multiple operations, the 4G LTE network of the carrier makes for a speedy web browsing experience. Its front panel is dominated by a 4.3-inch multi-touch display and a 8MP camera graces the rear side of the device. The manufacturer has also included a 2MP front facing camera to facilitate video calling. Besides 16GB internal memory, the phone offers additional 16GB storage via the microSD card, packaged along with it. The Rezound will not set you back by more than $99.99 if you are ready to sign a contract for a span of two years. 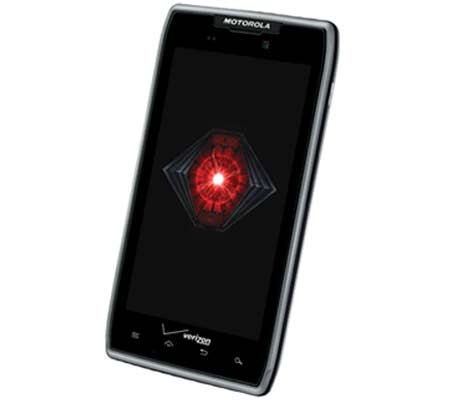 Next up is another Droid from Motorola, namely the Razr Maxx. This durable Droid is capable of withstanding scratches as well as spills thanks to the reinforced Corning Gorilla glass and water-repellent nano-coating. It binges on Android Gingerbread and proudly flaunts a 4.3-inch Super AMOLED qHD display. The working of this device is managed by a 1.2GHz dual core processor and it comes with 16GB memory in addition to a pre-installed 16GB microSD card. It also lets you capture memories in the form of high definition pictures and videos via the 8MP primary camera and 1.3MP front facing webcam. It can be grabbed exclusively from Verizon for a price of $299.99 with a two-year agreement. 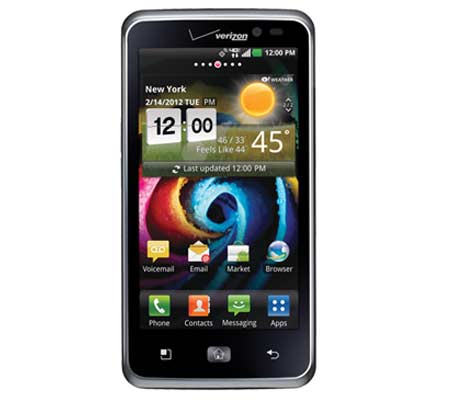 The next alternative that deserves a mention on the list of the best Verizon Android phones is the LG Spectrum, a fairly recent slab to be bestowed with a helping of Gingerbread. Pretty sleek with a thickness of about 0.41 inches, the device packs in a 1.5GHz dual core Qualcomm Snapdragon S3 processor along with 1GB RAM. Corning Gorilla glass offers the much needed protection from scratches to the 4.5-inch true IPS capacitive multi-touch display.

Also included in this handset are an 8MP camera and a 1.3MP webcam for video recording and conferencing. The 4G LTE Spectrum carries a price tag of $99.99 with a two-year user agreement. 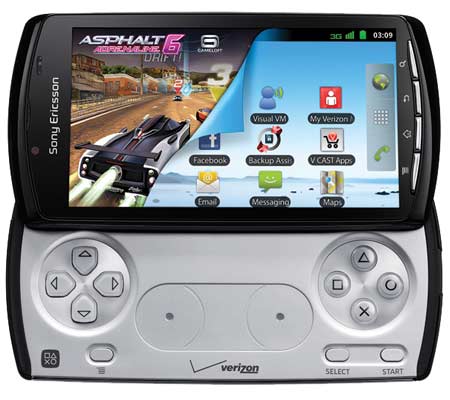 Our assortment of Verizon Android phones also has something for gamers to enjoy some hardcore titles while on the move. The Gingerbread based Xperia Play claims to pack in some powerful hardware attributes that include the 1GHz Qualcomm Snapdragon II processor, the Adreno 205 GPU, a powerful gaming engine and a 1500mAh battery.

This PlayStation certified device is complete with a gaming controller and a 4-inch capacitive screen, along with a 5MP auto focus camera and a front facing VGA webcam. It won’t cost a single penny if you sign along the dotted line for a two-year agreement. 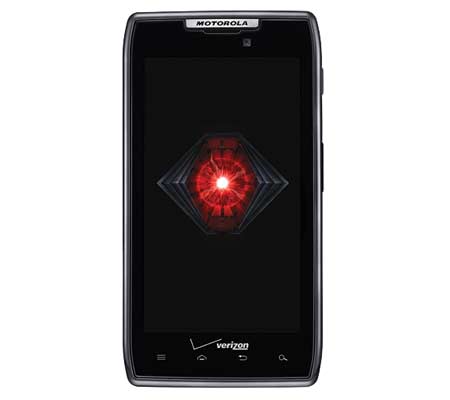 Motorola seems to have crafted a number of Droid devices exclusively for the carrier in question. The Droid Razr, a pretty durable device, withstands scratches and spills with the help of Corning Gorilla glass and the nano-coating, similar to its Droid counterpart. Integrated with a 1.2GHz dual core processor, this Gingerbread phone offers a Super AMOLED multi-touch real estate spanning 4.3 inches.

Besides letting you capture pictures and videos via the 8MP camera and 1.3MP webcam, it offers an enhanced internet browsing experience using the 4G LTE network support. Available in shades of black, white and purple, it will set you back by $199.99 with a two-year contract. 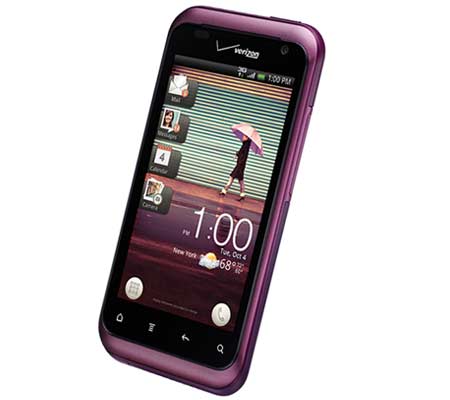 And the final device from Verizon Wireless to be included in this list is the HTC Rhyme, featuring a 3.7-inch capacitive touchscreen display of 480 x 800p resolutions. The Android Gingerbread platform teams up with HTC Sense for an intuitive user interface while the 1GHz Qualcomm MSM 8655 processor makes for smooth multitasking.

This exclusive Verizon phone’s back panel is dotted by a 5MP camera and the 1.3MP snapper situated on the front side lets you engage in video conferencing over the web. The price tag of the HTC Rhyme reads $149.99 and it requires a two-year agreement from the carrier.

So here’s where we bring the list of the best Verizon Android phones to an end. Which of these devices caught your fancy? Do drop in a word to let us know.