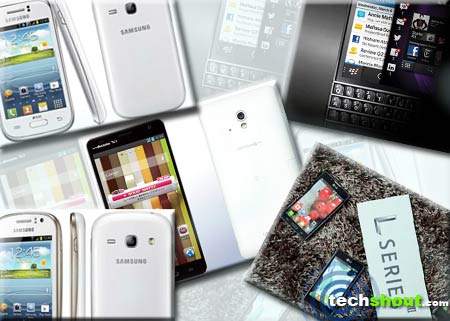 Our list of the best upcoming phones is here to give you a fair idea regarding what the big companies have in store for you. While some of these devices have shown up officially, most of them are only rumored, but have surfaced through reliable sources. But the fact that countless other such mobile gadgets have seen the light of the day in the past, leads us to believe that these contenders are indeed in the pipeline. And as the MWC 2013 is just around the corner, we wouldn’t be surprised to see some of them making a debut at Barcelona. So take a look at the randomly compiled array and decide if you want to wait for them to be released or not. 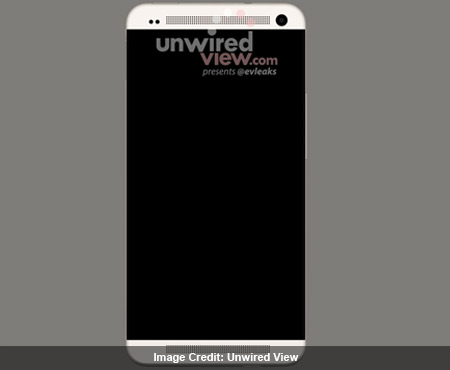 It seems like this HTC device aims to take the market by storm considering that it is rumored to have been loaded with a number of new and flagship features. The M7 which may enter markets as the One, flaunts a 4.7-inch SoLux laminated display that has an impressive pixel density of 468ppi. Apparently, this quad core gadget will not be equipped with a standard camera, but will flaunt an all new snapper featuring ultrapixels. 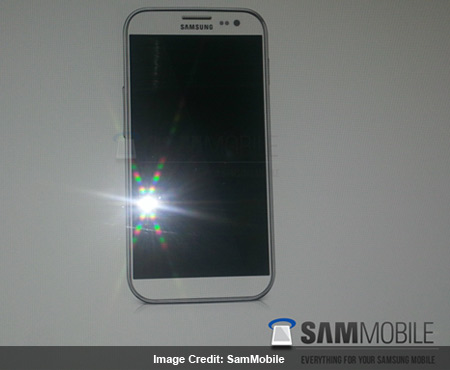 Samsung seems to be on a roll, what with all the handsets that are just waiting to go official. While quite a few have been introduced already by the company, it chooses to keep the Galaxy S4 under wraps for now. But if rumors and speculations are anything to go by, the OEM is not succeeding at keeping it a well-guarded secret. The most recent report regarding the device that brings Android Jelly Bean 4.2.1, a 5-inch Super AMOELD touchscreen, 2GB of RAM, a 13MP camera and a 2GHz quad core chip, suggests that it will be released in mid-March. It is also believed that the S4 will be accompanied by the S Pen stylus. 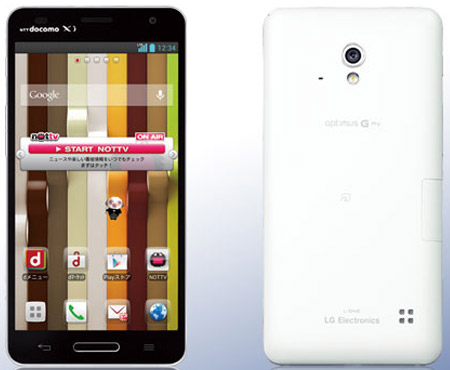 This alternative in our lineup may not have been introduced by its manufacturer, but sources from the company have leaked it in the past. Also, the Japanese carrier NTT DoCoMo has already listed the handset’s smaller version on its website. The Optimus G Pro by LG may arrive with a 5.5-inch multi-touch IPS 1920 x 1080p display and operate with the assistance of a 1.7GHz quad core Qualcomm Snapdragon processor. You can expect a 3140mAh battery as well as 32GB onboard memory, expandable up to 64GB. 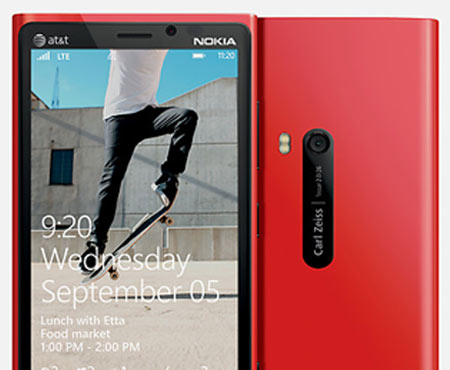 According to the grapevine, a certain Nokia Catwalk is gearing up to take the legacy of the Lumia 920 forward. The device in question is likely to run the WP8 platform and will be wearing a light and sleek aluminum garb. But we do not know exactly when it plans to walk the ramp. Besides this, we have heard of another Nokia handset, the EOS which is likely to employ the PureView imaging technology similar to that of the Symbian-based 808. 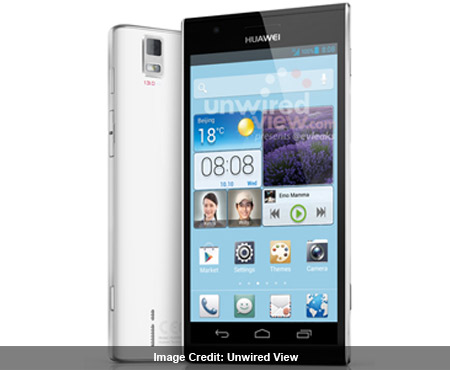 The Ascend P2 which is likely to play successor to the Ascend P1, has shown up as a leaked image on the web in its full glory. Reports suggest that it may be released at the MWC 2013. Rumor has it that it tags along a 4.5-inch 1080p touchscreen as well as a 13MP camera. A 1.8GHz quad core processor based on the ARM architecture will be accompanied by 2GB of RAM. Whether the leaked information is true or not, remains to be seen. 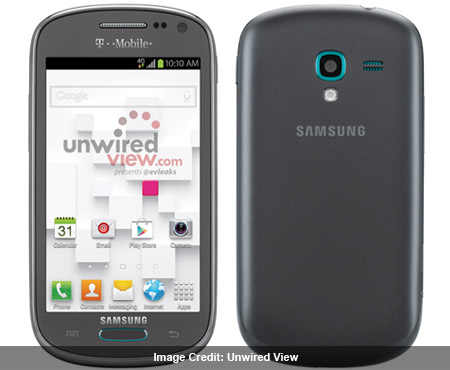 Although the Galaxy S3 Mini has already set its foot in the US as the Galaxy Admire, we have another version of the device in our compilation, which has apparently been picked up by T-Mobile. Unwired View happened to lay its hands on the Exhibit’s picture which resembles the Mini and it is expected to feature a 4-inch WVGA touchscreen, a 5MP auto focus camera and a dual core processor. 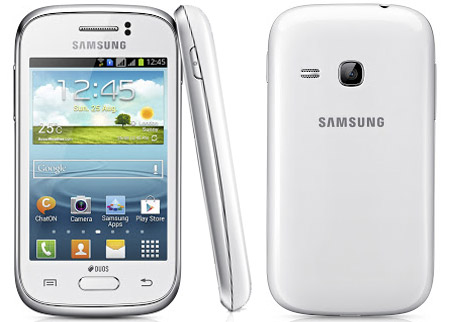 The Galaxy Young is an entry-level device that has gone official already, but we do not know exactly when it plans to hit the market. Those of you who want a modest handset with Android Jelly Bean 4.1 OS at its core, should consider waiting for this Samsung contender. It features a 3.27-inch HVGA TFT touchscreen, a 3MP camera, a 1GHz processor and a 1300mAh battery, apart from all the common attributes like Bluetooth, Wi-Fi, GPS and an expansion slot amongst others. 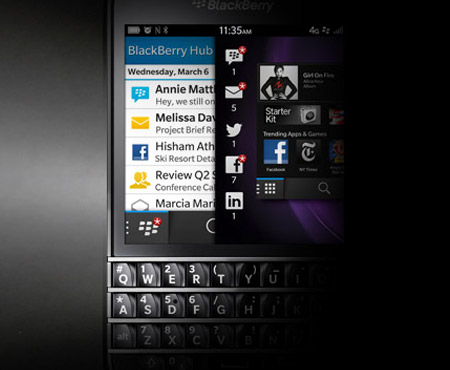 The next alternative on our array is based on the newest OS to have arrived on the scene. The black- or white-colored Q10 is powered by the BlackBerry 10 OS and employs a physical QWERTY keypad. Slated to be made available in April, it is fueled by a 1.5GHz dual core processor and 2GB of RAM. The device also tags along a removable battery, NFC support, 16GB onboard memory, an HDMI connector and more. 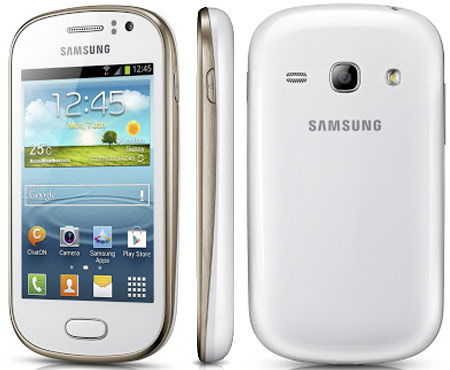 Along with the Young, the South Korean manufacturer released another mid-range handset which goes by the moniker Galaxy Fame. It binges on the Jelly Bean 4.1 OS garnished with Samsung TouchWiz and displays the intuitive UI on a 3.5-inch HVGA TFT touchscreen. Some of its attributes include a 1GHz processor, a 5MP auto focus camera, a VGA webcam and a microSD expansion slot for a memory card of up to 64GB capacity. 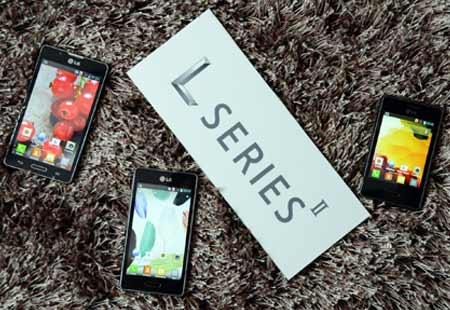 Moreover, the MWC will also act as the launch platform for the second generation L series devices. The L7II is equipped with a dual core Qualcomm Snapdragon processor as well as 768MB of RAM and takes advantage of the Android Jelly Bean OS. An 8MP camera, a VGA webcam and a 2460mAh battery have also been thrown into the mix. The 4.3-inch L7II, 3.2-inch L3II and 4-inch L5II will be available in dual SIM variants as well.

So far we know that the alternatives mentioned in our list of the best upcoming phones are planning to show up at store shelves during or after the MWC 2013, but we are expecting a number of others to make an appearance at the conference in Barcelona too. We’ll let you know as soon as they are launched. And don’t forget to tell us about the handset amongst these, that features in your wishlist.

How To Convert Videos From MOV To MP4 In A Few...