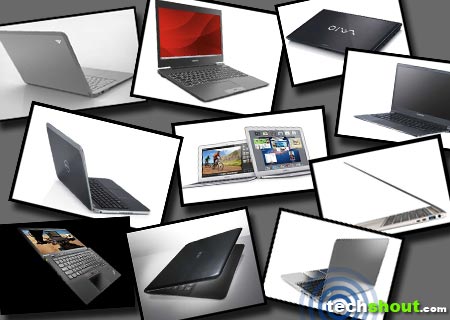 The following compilation of the best ultraportable laptops may just force you to drop the idea of picking up that tablet. The ‘size zero’ norm is as much prevalent in the notebook segment as it is anywhere else and these portable computers have gone a step ahead to stay on top with form factors that fail to touch even the 1-inch mark in terms of thickness. Although tablets still continue to be more portable than laptops, the latter definitely scores brownie points for its flexible usability. So have a look at the detailed summary of the contenders lined up here to know more about them. 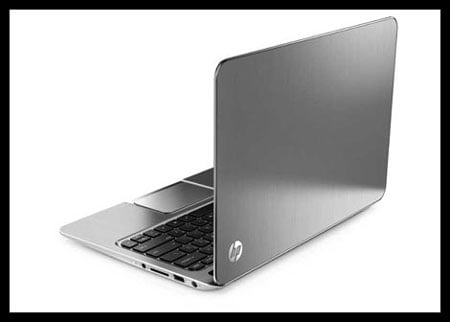 The HP Envy Spectre XT takes pride in being the thinnest notebook on our list with a form factor that measures not more than 14.5mm. This device tips the scales at 3.07 pounds and its 13.3-inch diagonal display is held in place by a slim bezel. Equipped with the latest generation Intel Core processor, this stylish device extends support to mSATA SSDs and is deployed with the Intel Rapid Start technology for faster boot ups. Its battery life lasts for up to 8 hours at a stretch. 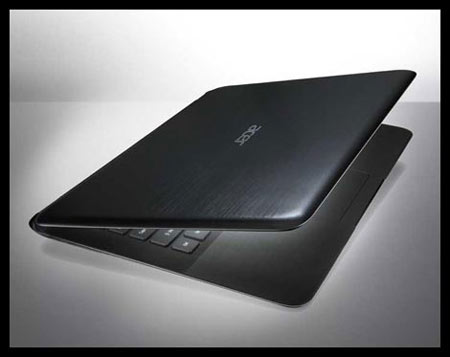 With a thickness of 0.59 inches, the Acer Aspire S5 sure is a razor-thin device that beats most others to win a position on our ultraportable laptops roster. Weighing not more than 2.65 pounds, the computing device misses out on nothing while achieving a slim form factor.

The black magnesium-alloy exterior with a brushed metal finish gives it with a classy appearance and third generation Intel Core processors take care of the internal operation. Additionally, it features Thunderbolt alongside the USB and HDMI ports in the MagicFlip I/O port panel. 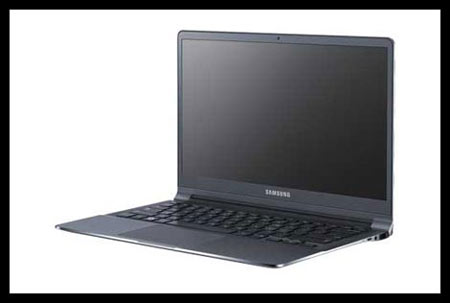 The second generation Samsung Series 9 can be your travel companion, considering it measures just half an inch and weighs not more than 2.5 pounds. That makes it as much as 37 percent lighter than the previous generation Series 9 notebooks. A mineral ash black colored aluminum shell body with polished edges is what makes it pleasing to the eye. Additionally, its LCD panel, keyboard and other internal components have been customized to be housed in the sleek chassis. Available in screen sizes of 13.3 and 15 inches, the devices belonging to this range tag along Intel Core processors and 128GB SSDs in addition to most other necessary attributes. 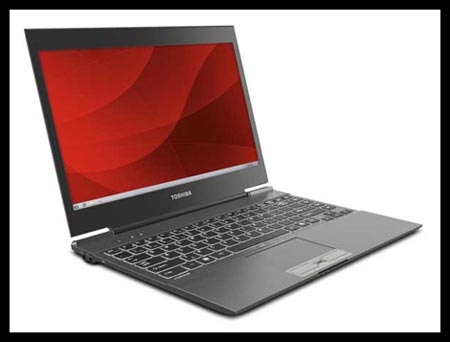 With 5 distinguished models to boast of, the Portege Z930 range gives you the option to choose a notebook that suits your budget. Each of the super-slim, easy-to-carry devices comes encased in an exterior with 0.63 inches of thickness, weighing less than 2.5 pounds.

They offer a viewing real estate of 13.3 inches each and are fitted with backlit, spill-resistant keyboards so you can continue typing even in poorly lit conditions. These devices with Intel Inside have been included with multimedia-ready features as well, to keep you entertained on the move. 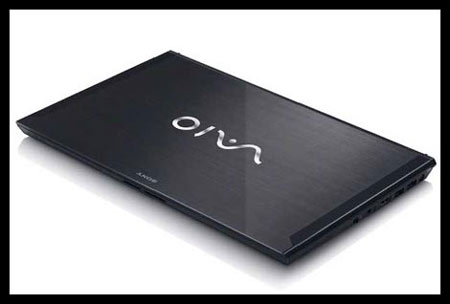 Next up on our catalog of ultraportable laptops is the Sony Vaio Z, which has been revamped only recently with the addition of third generation Intel Core processors. The Windows-based device proffers a 13.1-inch LED backlit full HD display and shows off a flat design with a carbon fiber finish. Splashed with shades of gold, black and premium black, it employs 8GB DDR3 RAM and can accommodate 2 SSDs of 256GB each. Besides most common features, this notebook also incorporates an AMD Radeon GPU to render enhanced visuals. 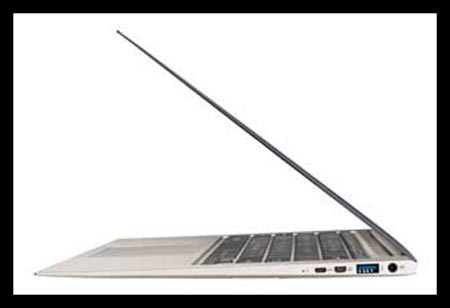 The UX31A Prime is the latest edition to have been added to the Zenbook series. This youngest member of the category maintains a 17mm profile that’s not at all heavy, at close to 2.56 pounds. Aluminum alloy has been utilized to construct the device that employs a 13.3-inch 1920 x 1080p IPS display and an over-sized backlit keyboard. Its specifications include third generation Intel Core i7 mobile processors, SATA SSDs, Wi-Fi and Bluetooth amongst others. 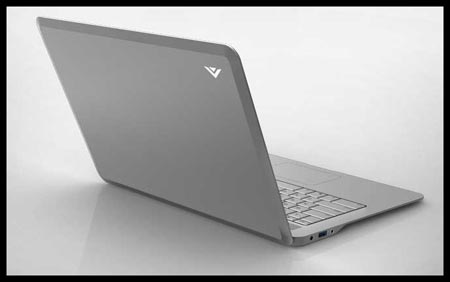 The Thin + Light from Vizio is addressed as the lightweight road warrior by its manufacturer. It crams in features for improved computing and entertainment and boasts of a durable chassis that’s 0.67 inches thick. Fueled by the latest generation Intel Core processors, the devices available in screen configurations of 14 and 15.6 inches, extend support to SSDs of up to 256GB capacity. The smaller variant weighs 3.39lbs, while the larger one tips the scale at 3.96lbs. 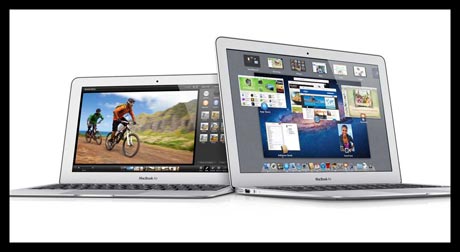 A lineup of ultraportable laptops is incomplete without the flagship notebook from Apple. The MacBook Air dons a 13.3- or an 11.6-inch LED backlit glossy widescreen display along with a backlit keyboard and a gesture-recognizing multi-touch trackpad. As light as 2.38 pounds, the smaller variant measures 0.68 inches at its thickest point.

It employs Intel Core processors under the hood and can offer flash storage of up to 256GB. A FaceTime HD camera, USB 3.0 ports, a Thunderbolt port and a MagSafe 2 power port have also been included. 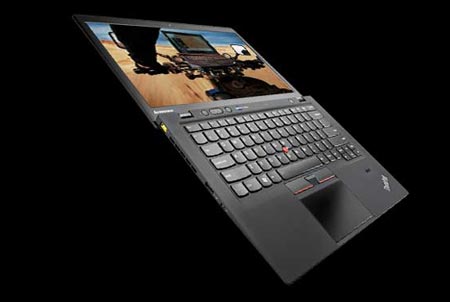 With an enclosure that weighs less than 3 pounds, the ThinkPad X1 Carbon sure is one of the lightest professional Ultrabooks. The 14-inch notebook shows off a carbon fiber construction that also makes it durable enough to endure everyday wear and tear. You can expect the device to keep you in the loop at all times, thanks to its embedded 3G connectivity. Some other features include Lenovo RapidCharge and Intel vPro technology for manageability. It will be made available in August this year. 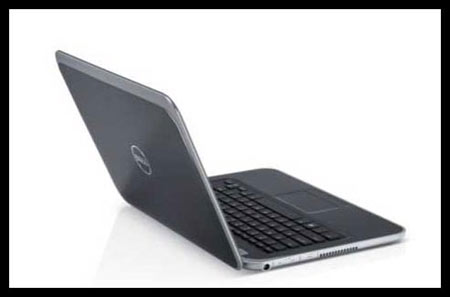 And we bring our queue to an end with the Dell Inspiron 13 that although the thickest amongst the ones mentioned here, measures only 0.82 inches. Enclosed in a chassis weighing 3.81 pounds, it coughs up the juice for about 7.5 hours on a single charge.

The moon silver colored device comes with detachable lids in shades of fire red and lotus pink. Needless to say, the Windows-based notebook gets steam from Ivy Bridge processors.

So it looks like all the major computer manufacturers are giving each other stiff competition to construct some of the best ultraportable laptops. We are pretty sure that by now, multiple notebooks from the choices mentioned above may have found places on your wishlist. So which one would you shortlist as your travel companion? Don’t forget to share your views with us.

How To Spy WhatsApp Messages With SpyMyFone