This list of the best Ubuntu alternatives that we’ve complied here is for all those who’re looking for new experiences with free and open source software. No one can deny the fact that the Linux-based program from Canonical has had a massive impact on the software industry, and this has even made it one of the most popular Linux distributions around. Equipped with almost all the basic applications you need to keep your work going, this software is apt for laptops, desktops as well as servers, for that matter. But a number of other such utilities are vying for your attention out there.

Equipped with their own unique abilities and interfaces, these programs are tailored to offer exclusive benefits. Here’ we’ve prepared for you a long list of eight such options, just so you can read about them before deciding which one to go for. The Linux distributions we’ve listed in the space below have all been linked to where you can download them from. 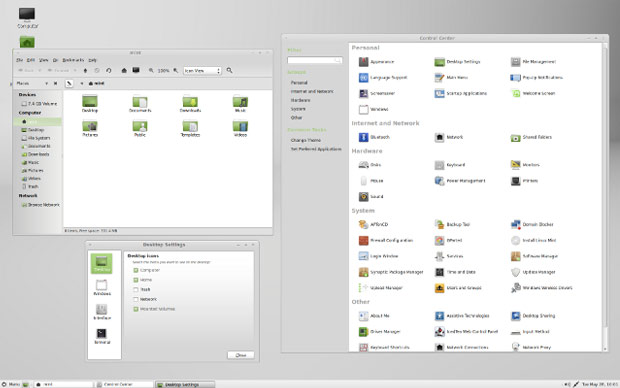 The fact that Linux Mint is essentially a U-based utility does not take away the fact that it has been infused with a number of useful additions. Claimed to be the fourth most widely used home operating system behind Microsoft Windows, Apple Mac OS and of course Canonical’s creation, it has been built keeping in mind the goal of providing users with an ‘elegant, easy to use, up to date and comfortable’ GNU/Linux desktop distribution. Linux Mint comes with full multimedia support and proffers simple configuration tools as well as a web-based package installation interface. 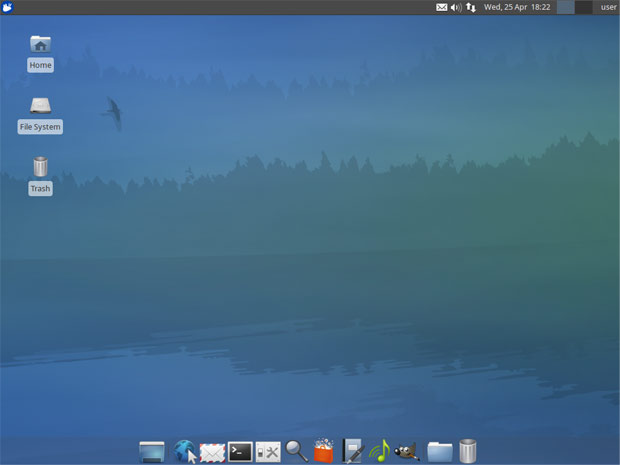 Second on our roster of the programs like Ubuntu is meant to offer you a break from the Unity interface which Canonical’s software puts forth. Xubuntu possesses the Xfce desktop environment which comprises a large number of customization options. And apart from frequent updates, it even delivers all the important applications that you would expect to find in such a release. It is an entirely community-developed venture, and hence each version features enhancements to a number of features of the software. 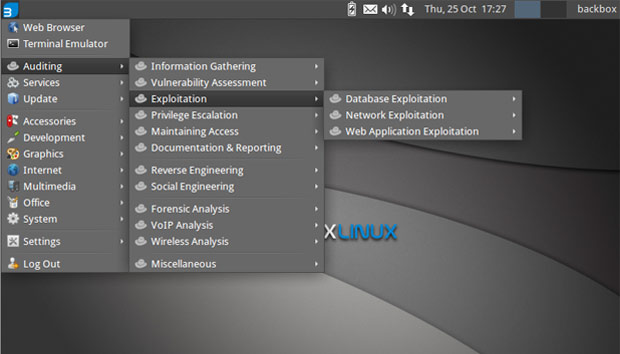 BackBox Linux was originally aimed at performing penetration tests and security assessments, but it has now become a popular option for those looking towards fresh Linux distributions. This hacker friendly operating system has been designed by its makers for fast and easy to use, while moreover, it even possesses a minimal desktop environment. One of its main highlights is that it comes pre-installed with assessment and cracking software such as aircrack-ng, Wireshark, XHydra, ophcrack, w3af and more. While it can be installed in a full-fledged manner on the hard drive, BackBox Linux also possesses the ability to run in a live environment form a CD or a USB flash drive, just like Canonical’s software. 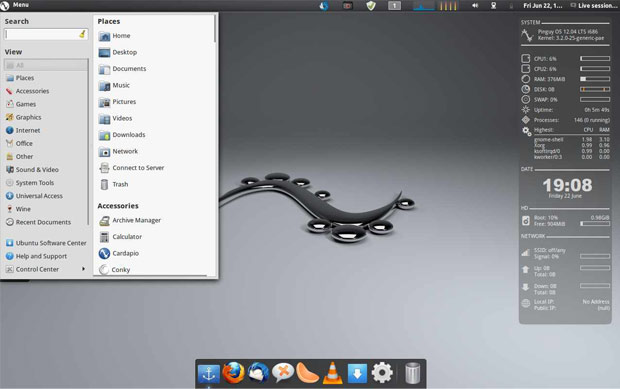 Those looking for a no-fuss and beautiful-looking Linux distribution should definitely channel their attention towards this next addition to our catalog of softwares similar to Ubuntu. PinguyOS features a derivative of the Gnome-Shell user interface, which has been modified heavily with the help of plugins and additions. Expect all your multimedia, web browsing and other basic needs to be fulfilled by its pre-installed applications, and with tools like Docky, Cardapio, Samba and Nautilus working right out of the box, you won’t need to waste much time searching for your desired programs. 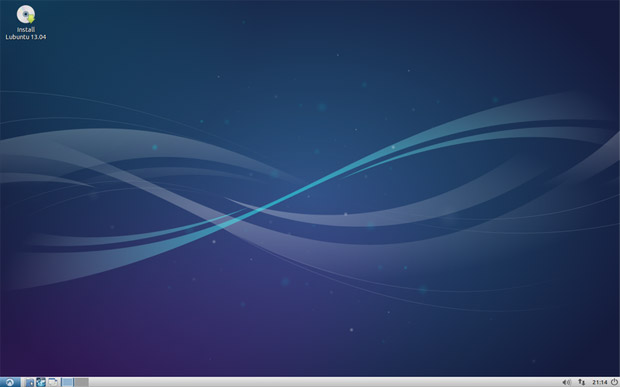 The L in Lubuntu stands for light, and that’s what this operating system prides itself on. If you have a PC or a laptop that’s outdated in terms of its specifications, Lubuntu will still let you extract some life out of it. It makes use of the minimal LXDE desktop, while its makers have even infused it with a selection of light tools. These include Pcmanfm, Openbox, Lightdm, Chromium and more. Surely, if you’re thinking of sending your old computer to the dumpster you might as well can try it out with Lubuntu installed. 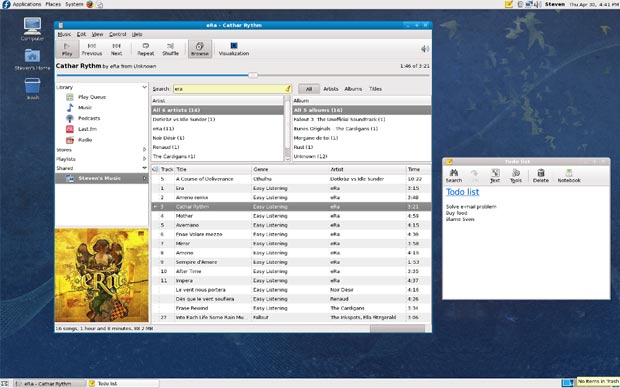 Fedora is an openly-developed project that features general participation from folks all over the world. The goal of its makers is to create a ‘complete, general purpose operating system’ infused only with open source software. It boasts of more than a million installations all over the globe, and the utilities that come packed with it are enough to cater to almost all of your daily computing needs. 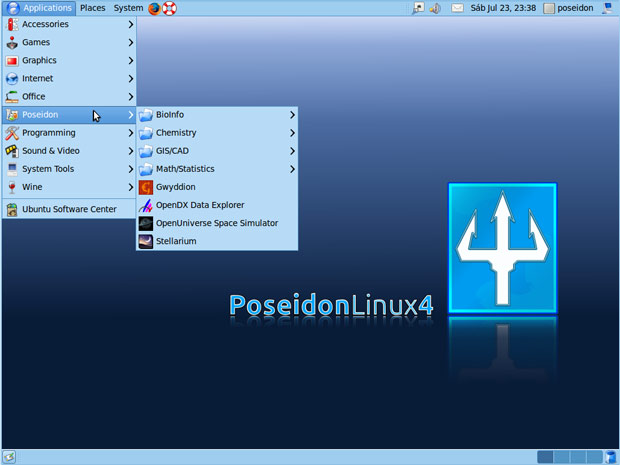 This next entry to our list of the programs like Ubuntu is particularly aimed at the international scientific community. Students, technicians, professors, researchers and the likes can take advantage of its complete desktop solution inspired from Quantian Linux. Some of its exclusive offerings include specific utilities for GIS, 3D Visualization, Mathematics, Statistics, Bio-Informatics, Genetics and other fields of research. Add to that all the essential tools that one expects an operating system to possess. It can be downloaded in two formats – 32-bit or 64-bit. 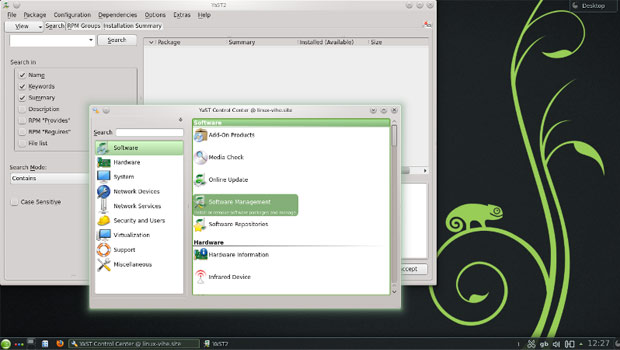 openSUSE is described by its developers as a stable, easy to use and complete multi-purpose distribution of the Linux platform. It has been aimed by them at users and developers working on the desktop or server. It comes equipped with a thousand open source applications. It’s no surprise that just like most of the operating systems from this compilation, openSUSE too depends on contributions from the community for its development and distribution. The group of people providing their support for it includes testers, writers, translators, usability experts, artists and developers from all over the world. It can be downloaded now through its official website in both 32-bit as well as 64-bit versions.

We hope to have provided you with enough options to ponder over in your quest to find one of the best Ubuntu alternatives. Decide for yourselves now which one suits you, and download it straightaway.