We’re about to serve up some best two player iPhone games for you and a friend to enjoy. Multiplayer games are of no shortage on the iOS platform, but not all of them are enjoyable with just two players. So what we’re doing on this roster is listing out releases that are tailored for two-player gaming, delivering rich and addictive gameplay.

The first addition to our list of best two player iPhone games is Describe It. The goal of the game is to describe words chosen by a friend. Of course, you’ll be given clues to make things easy. Gameplay is turn-based and the lesser hints you use or time taken to solve each puzzle, the more coins you will unlock which can be used to purchase power-ups. You can have up to 4 games running simultaneously and choose from a catalog of over 3,000 words. 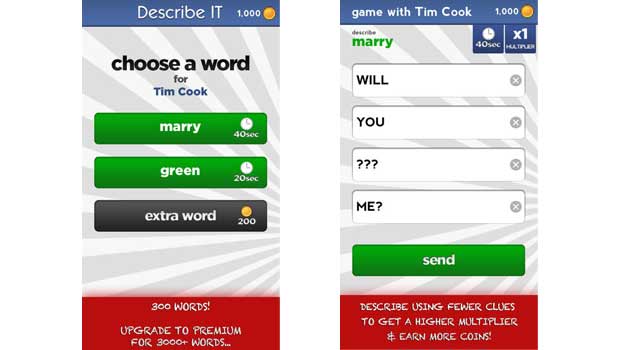 Opponents can be found via Facebook or email, and if you’ve got no one to play with, the title will find you a foe. The developer notes that the game is ad-free and it obviously should be considering that you’ll have to shell out $0.99 for it. 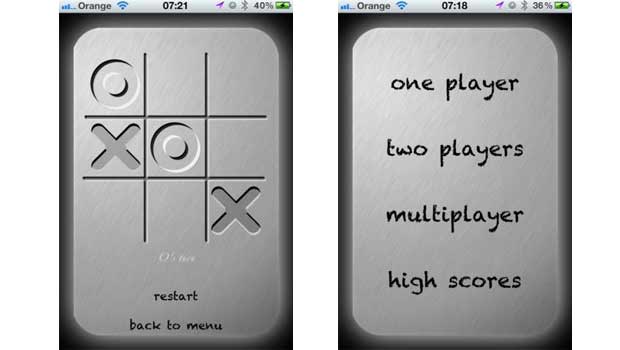 Tic Tac Toe is one of the oldest pencil-paper games and it has most certainly been part of your childhood. It’s also known as noughts and crosses or Xs and Os around the globe. The iOS app called Real Tic Tac Toe is amongst the finest you’ll find and it has earned a spot amongst the two player iPhone games for the challenging and addictive gameplay it offers.

Unlike the original where you face off against an opponent in a 3×3 grid, this iPhone game makes things more interesting by providing 4×4 and 5×5 layouts. In multiplayer mode, you can challenge a friend on the same device or find an opponent from Game Center. There’s also Bluetooth support for local playing. Real Tic Tac Toe is available for free. 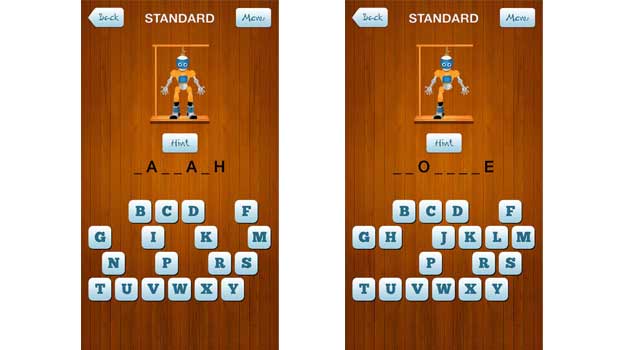 Next on our compilation of best two player iPhone games is Hangman which is yet another paper and pencil game that’s been around for many years. It basically involves a player whipping up a word and providing letters to solve it in a jumbled form. You try to figure out the right letters and for every wrong guess, a part of the hangman figure is drawn. And once the entire diagram is finished, it is game over.

This iPhone game by iThinkdiff is aimed towards vocabulary building and it has various categories that vary based on difficulty, field and tests like SAT, TOEFL, IELTS. The rules of the game aren’t modified, but new features have been added for a rich experience. For example, you can look up words in the dictionary after each round. Hangman is free to download from the App Store. 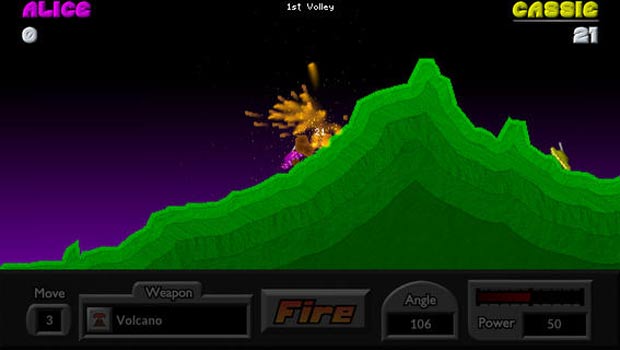 Pocket Tanks is without a doubt on of the best two player iPhone games available. Originally released way back in 2001, this classic PC artillery game is simple to play, but one of the hardest to master. The goal is to fire different types of wacky weapons at your opponents in a fully destructive world. The player with the highest score wins.

Gameplay here is turn-based and you’ll have to do a lot of thinking in order to land a shot on your enemy. The title is being offered in two versions. Pocket Tanks is the standard one and is available for free, while the Deluxe edition comes with a plethora of weapons and costs $4.99. 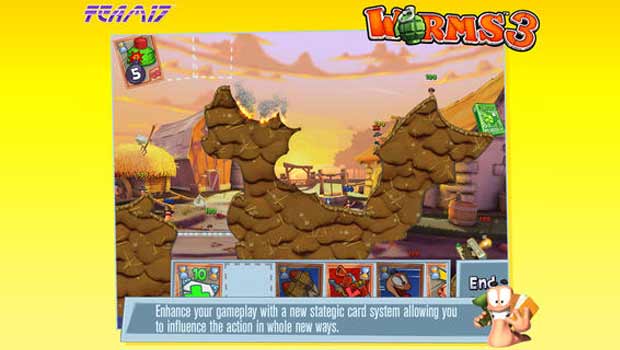 This title on our feature of best two player iPhone games is undoubtedly the most popular. Worms 3 is an iOS-exclusive game and the follow up release to the highly popular Worms 2: Armageddon. The gameplay is quite similar to Pocket Tanks, but with much better graphics and wackier weapons. Developed by Team 17, this release puts you in control of several worms with the objective to defeat the opposition.

Being turn-based, you can move units around and choose from a wide catalog of weapons to fire which includes classic ones and six new releases for the iOS platform. In single player mode, you’ll have 36 missions that take place across 5 environments. The game allows you to customize your worms and also build a team of different classes. Worms 3 is priced at $0.99. 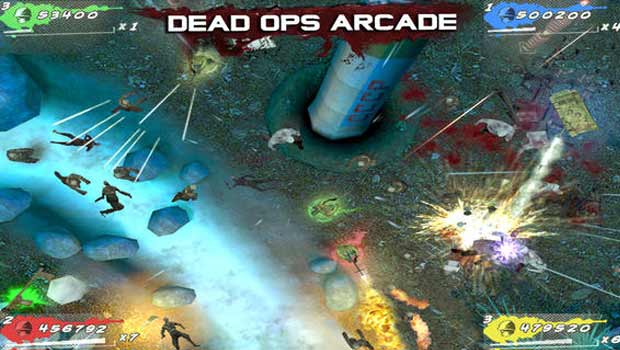 The Call of Duty series has some of the finest multiplayer games on PC and consoles. If you’re a fan of the FPS genre and love slaying zombies, then look no further than Black Ops Zombies on this two player iPhone games compilation. With console-quality graphics and very addicting gameplay, you can take on hordes of the undead along or with 3 other players across different maps.

The developer has also introduced the Dead-Ops Arcade mode which offers top-down visuals and 50 levels of zombie slaughter. This is some of the most fun you can have on mobile with friends. Call of Duty: Black Ops Zombies is available for $6.99. 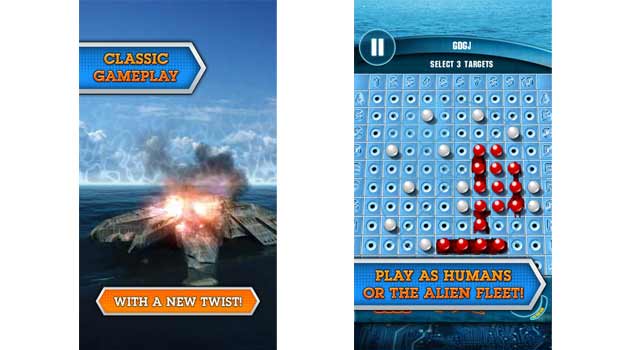 Battleship is yet another well-known game that’s challenging and very addictive. This release by EA is based on the movie of the same name allowing you to play as either humans or aliens. You take charge of the navy or mysterious forces, depending on your selection, with an aim to sink the opposition’s fleet. Multiplayer sessions can be held via Wi-Fi and Bluetooth or you and a friend can play on the same device. Battleship is free to download.

So what do you think about these two player iPhone games? They are amongst the best releases on the App Store and you can be certain that you and a friend will have a good time.