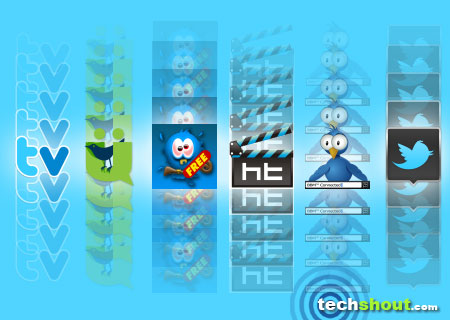 If you’ve ever taken a stroll through the BlackBerry App World, you surely must have noticed the limited availability of social networking options and since there isn’t much to choose from, we’ve compiled a list of the 6 best Twitter apps for BlackBerry. Unlike the other applications housed by RIM’s online store, the ones we’re about to mention stand out from the crowd owing to factors like convenience in accessing them, intuitive UI designs and reliability in operation along with a few extra features. So if you’re searching a way to expand your Twitter reach, its time you left the mobile-optimized version of Twitter behind and gave one of these applications a go. 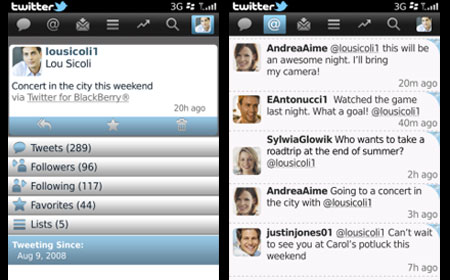 Yes that’s right, it’s the official Twitter app for RIM devices by none other than the company itself. Hosting a light color scheme, you can conveniently share, send and receive Tweets through the quality enriched experience it claims to provide. Keeping you connected at all times, the application comes with the Trending Topics option that delivers top rated topics to your screen and the ability to show as well as disable the Tweet composer from the timeline. 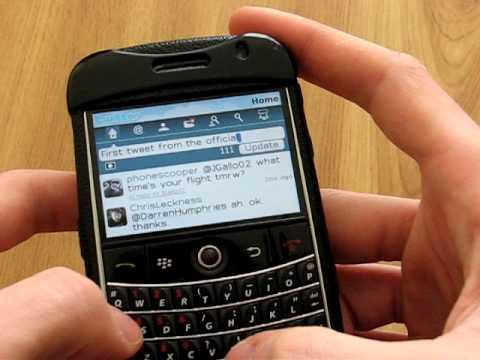 Additionally, it hosts a number of performance enhancements from previous versions and is compatible with OS v4.5.0 and higher. Twitter for BlackBerry is available for free in the App World. 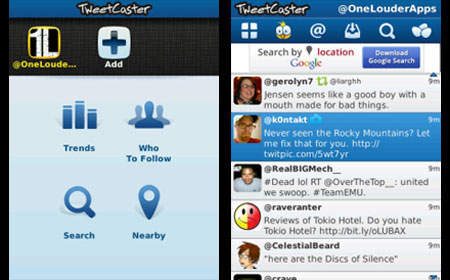 The second entry in our Twitter apps for BlackBerry list is unlike its Android and iOS counterparts, TweetCaster for Twitter on RIM handsets is built from the ground to the top with features capable of providing users an interesting Twitter experience through the BlackBerry UI. With the application, you can simultaneously post stuff not only on Twitter, but on Facebook as well. 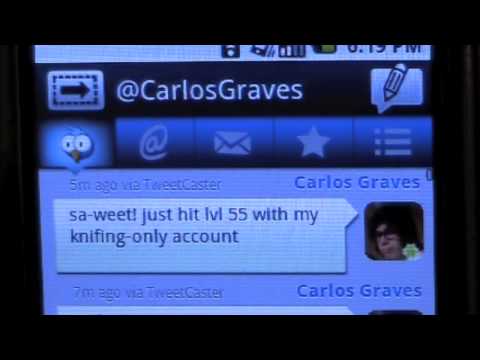 What’s more, you can maintain multiple accounts at the same time, even send out tweets or retweets without comments or get them longer than the 140 character limit through the Twitlonger option. And to top it all off, the TweetCaster for Twitter app lets you share stuff with friends through the BlackBerry Messenger for free. Software version 5.0.0 or newer is what the requirements state. 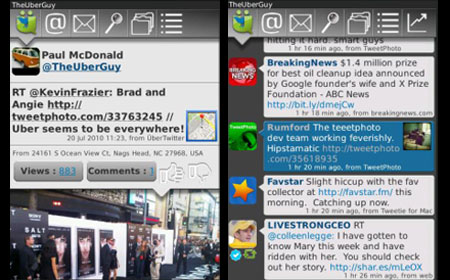 Formerly known as UberTwitter, the UberSocial application for BlackBerry lets you send out tweets or retweets with the person’s name mentioned in the post. The application comes with multiple account support so you can forget about logging off each time you need to switch between profiles. Unlike some other apps you can actually view photos and videos from multiple providers through the integration of the same. Moving to the capabilities, it brings in the ability to ‘dual post’ on Facebook, hit up advanced searches, silence all notifications with the mute option or even apply themes for creating a personalized experience. So, if you want a complete set of Twitter functions, UberSocial for Twitter could just be your pick. It’s also free. 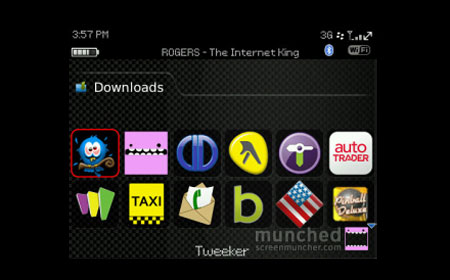 Amongst all you Twitter addicts out there, some of you surely prefer a simple way to send out tweets and that’s mostly why the Tweeker for Twitter app is on our list of the Twitter apps for BlackBerry. When compared to other applications available on the BlackBerry App World, it comes with one purpose alone and that’s for tweeting. If sending out tweets is all that you do, then you are more likely to take this app into consideration. And if you get tired of ads, there’s always a paid version in its offerings. For compatibility sake, make sure you’re on OS 4.7.0 or higher. 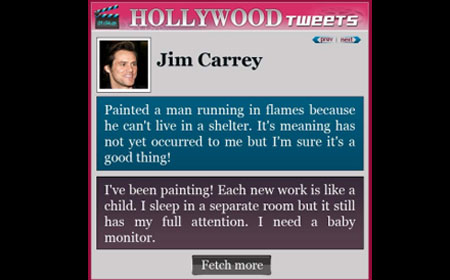 If you’ve ever gotten star struck and wondering what those famous celebs that inspire you the most are up to, the Hollywood Tweets app has got something interesting in store for you. With the application you can stay in touch with your favorite stars like Britney Spears, Jim Carrey, Ashton Kutcher, Lady Gaga, Lindsay Lohan, Paris Hilton and many more, get their latest updates and also learn a little more about them. Hollywood Tweets is available for free on the BlackBerry App World and supports devices on software version 4.2.0 and later. 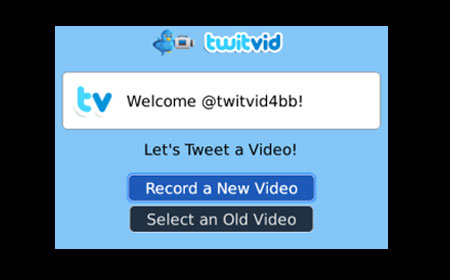 The last addition to our Twitter apps for BlackBerry comes equipped with a convenient and intuitive user interface, TwitVid is an app that distinguishes itself from the others through its specific offering. With the application you can upload and tweet videos directly from your BlackBerry smartphone in a few simple steps. All you need to do is record a video or select one that’s already saved in the handset, type in your tweet, then finally click on post and sit back as the app does all the rest. Also, once the video is uploaded, it automatically gets saved to you profile.

So there you have it, the best Twitter apps for BlackBerry all geared up and ready to be downloaded. Also, if you haven’t already noticed – the aforementioned applications we’ve listed out are free. Could it get better than this? Do let us know which of these applications have earned a spot on you BlackBerry.