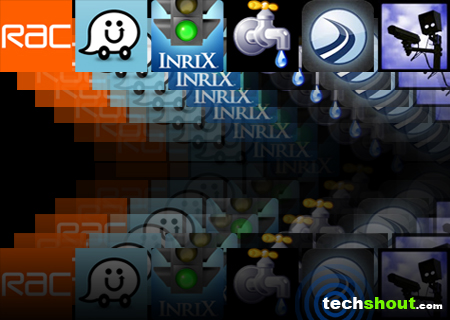 Although the best traffic apps for Android cannot really aid in saving all the time you end up wasting on the road, they can surely help you dodge those jams more often than not. With one of these applications installed on your device, working your way around traffic should not be a problem anymore. So sneak a look at the list to find out exactly how you can enjoy a stress-free daily commute.

First up on our list of traffic apps is Beat the Traffic that claims to offer an easier way to commute without hassles. Meant for users in the U.S. and Canada, the application keeps you updated regarding the traffic conditions and informs you about alternate routes which can be taken to avoid the jam. Also, you can expect detailed reports about various incidents that may have occurred on the path you plan to take. 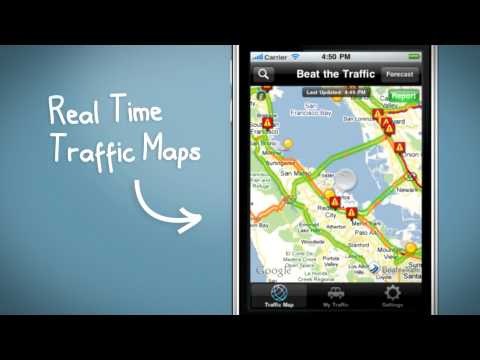 Besides real-time traffic maps, the application lets you have access to traffic camera images for a better understanding of road conditions. Moreover, its forecast feature should give you an idea about how the traffic will be after a few minutes or even days, for that matter.

Along with saving your precious time and valuable gas, the Inrix Traffic app will also keep you calm during the commute by not letting your temper soar. How exactly? Well, the application provides instant access to forecasts, informs you about incidents like accidents, events, constructions and more, along the way and delivers inputs about comparative traffic. 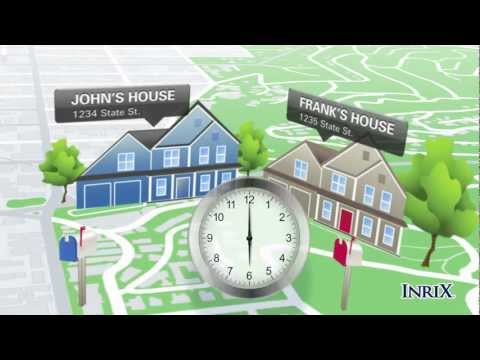 Apparently boasting of the world’s largest traffic network, the developer assures you that with this app, you should be able to avoid delays. The predictions about traffic conditions will give you an idea about when exactly you should leave home to reach wherever you are going to, on time.

So how about having some fun while you are busy gauging the traffic conditions on your way to work? Allow us to tell you that this is possible with the help of the Waze GPS, traffic, social, fun application listed on our roster of the best traffic apps. This social navigation app has recently been redesigned to include the natural text-to-speech feature. Unlike most other applications, this software requires you to inform fellow app users about what they can expect while taking the route that you have gone down. 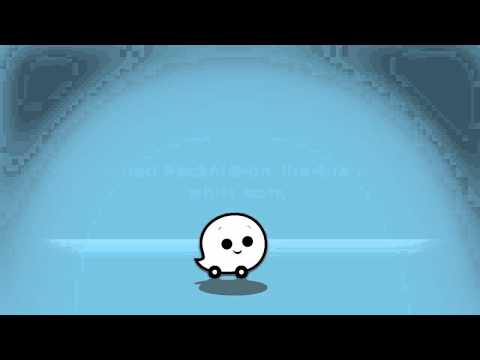 You can create driving groups or join existing ones to not only share information, but also link up with others for carpooling. And in addition to live maps and real time road monitoring, it lets you keep in touch with friends via integrated social networking websites like Facebook, foursquare or Twitter. 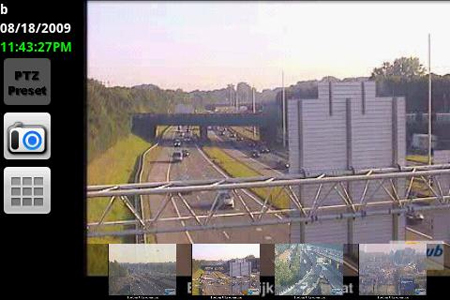 Taking our array of traffic apps a bit further is the Traffic Cam Viewer, which brings visual data to your device from all around the world. It gives you an almost firsthand experience about how the traffic conditions are by simply letting you have a look at the pictures of the road you are about to commute. So before you head to work, just go on a virtual recce and decide which route you’d rather take. It offers two different viewing modes namely, gallery mode and matrix mode. The configurable application has cameras in more than 40 states across the U.S. and can also be used by commuters in countries like Argentina, Australia, Canada, Mexico, Italy, Malaysia, Singapore, Spain, Switzerland and many more.

RAC Traffic in the Android Market is especially meant to calm the nerves of users in the UK. The application reports all traffic news apart from informing you about the major as well as minor routes throughout the UK. It shows traffic problems in your area via Google Maps. Boasting of an improved interface, it also supports App2SD on devices running the Froyo platform. 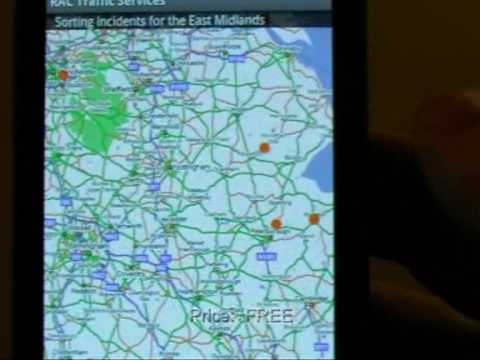 The software should be useful to you, if you are a resident of the UK covering Central London, England, Wales, Northern Ireland and Scotland.

And the final application that we think deserves a mention on this particular roster of Android apps, is the Glob – Traffic & Radar 1.6+. With this application downloaded onto your device, you won’t have to worry about wasting your time in traffic as it is equipped to forewarn you about upcoming jams in real time. It tracks your position, speed and direction in order to carry out anonymous collection of data, which in turn helps the app to determine traffic conditions on various roads. Besides accidents and other incidents, it also notifies you when you are nearing speed cams. Moreover, it allows users to carpool, thus helping to reduce congestion on the road.

Hopefully, these best traffic apps will provide some peace of mind by helping you to evade those annoying jams and make traveling more fun. Do let us know which of these apps grabbed your fancy.