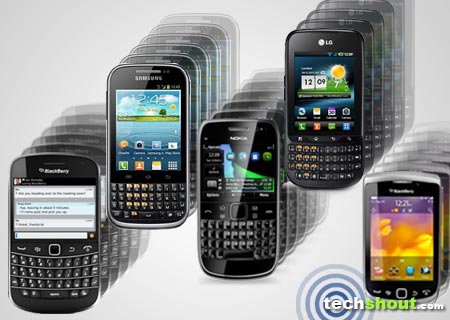 Here we present some of the best touch and type phones because sometimes typing on a cold, slippery surface isn’t the easiest thing in the world. In fact, it almost never is and we end up with the sort of the incoherent text messages that you just don’t want. But that might be an extreme. Most of the time, typing out something full of errors is just frustrating more than anything, and the person on the receiving end of such a message can end up confused.

Either way, the kind of device mentioned here offers users more convenient methods of input. Some devices in this category come with alphanumeric keypads, but we’ll stick to the ones which have QWERTY keyboards since they are the cream of the crop. So if you are looking for an easier way to type, if you like seamless texting or if you simply want to get the label right before you upload an image to a social networking website like Facebook, you should be able to find a handset here that suits you best. Prices given below are the lowest listed on Amazon for unlocked devices. 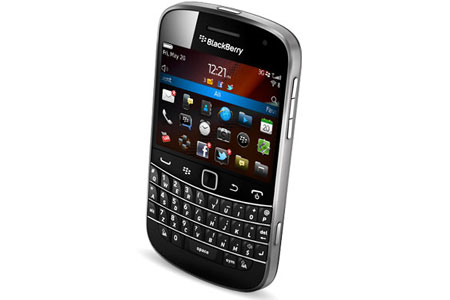 First up on our list is the Blackberry Bold Touch 9930. Released in August of 2011, it is one of the most high-end devices we’ve chosen, and it also brings the appeal of business standards with it. Unfortunately, back then dual SIM gadgets weren’t as popular as they are now and this one comes with just a single SIM slot, which means that juggling work and personal stuff might be tricky.

Let’s jump right into the specs then. It comes with 768MB of RAM and 8GB of internal storage, of which about 2GB is taken up by the OS. Speaking of which, users will be treated to BB OS 7. There is also the option to add microSD cards of up to 32GB in capacity. Those who use their pocket pals for photography will be pleased to know that there is a 5MP camera with flash, face detection and image stabilization. 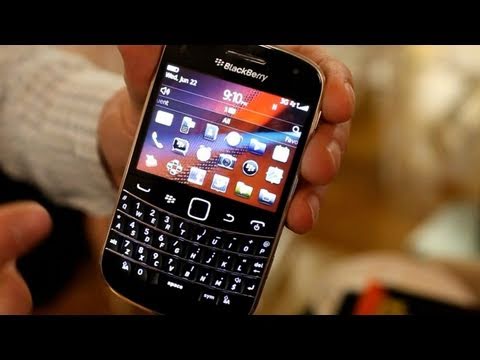 But the phone doesn’t drain power too fast. A 1,230mAh battery, the company claims, is capable of delivering about 6 hours of talk time or up to 12.8 days of standby. Connectivity options include Wi-Fi, Bluetooth 2.1 and integrated GPS, so it is well adjusted for both work and personal use. And yes, its 2.8-inch TFT LCD touch panel makes using it a little easier. 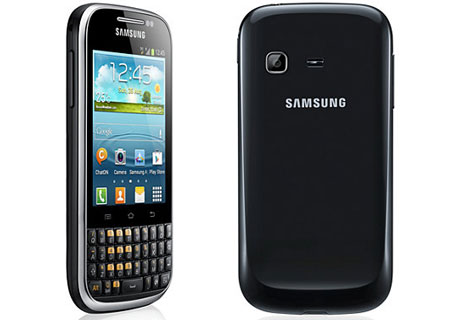 There just had to be a Samsung device on here. Everywhere you look – in practically every nook and cranny of every segment – you are likely to find a phone from beloved Sammy. The Galaxy Chat has a screen sitting in portrait mode allowing you to view more of your content, especially when it comes to social networking.

The handset’s almost 3 inches of screen real estate has a resolution of 240 x 320 pixels. Bluetooth 3.0 and Wi-Fi are afforded when it comes to connectivity, while a 2MP camera on the back should be just about sufficient for everyday needs, but might prove a little too low-end for some users. 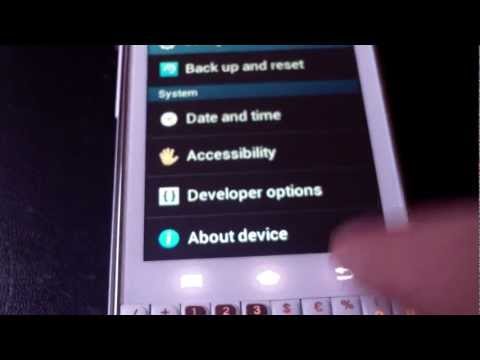 Android ICS is all it can muster, while a CPU of 850MHz clock speed is tucked away under the hood. A 1,200mAh battery allows a little more than 14 hours of continuous talking on 2G, but this figure decreases drastically on 3G networks. 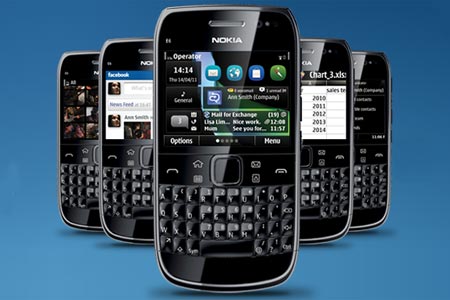 Nokia makes it to our lineup, simply because it has to. There isn’t another company that focuses on low-budget and mid-range segments quite like the Finnish manufacturer. And with the E6, you don’t just get a gadget that lets you type with ease, you also get something quite capable of taking on everyday challenges.

Released just last year, this handset comes with a pleasing QWERTY keyboard and has its display protected by Corning Gorilla Glass. Unfortunately certain other specs might seem low-end, such as the 680MHz ARM 11 CPU and its 256MB of RAM. Despite these areas in which it lacks, it gets an 8MP primary camera and 8GB of internal memory that can be taken up to 32GB via microSD card. 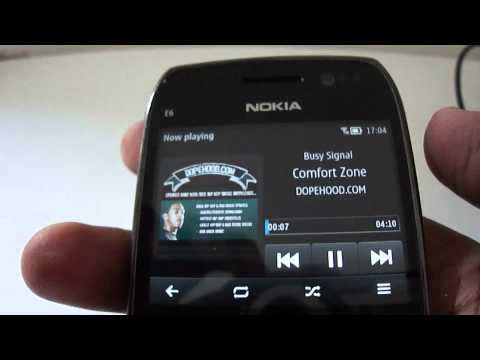 The 1,500mAh battery may not seem like much, but the company says it is capable of powering the device for almost 15 hours of talk time on 2G networks. That is impressive! Other features include a front-facing webcam of VGA resolution, Wi-Fi, Bluetooth 3.0 and USB OTG connectivity, as well as GPS navigation and OVI maps. 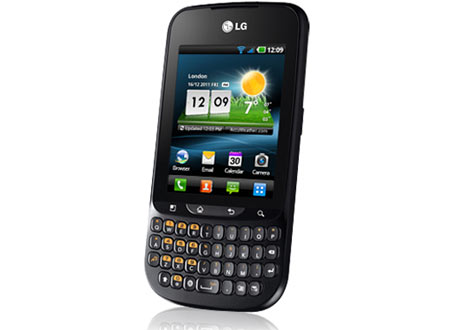 This one on our niche little list also goes by the moniker C660. It’s a pretty thing, but does it have the capabilities required to propel it forward in a world which doesn’t tolerate weakness? Let’s find out. For starters, it comes with a 2.8-inch QVGA ‘portrait’ display and an ergonomic QWERTY keypad, its two main attractions. It also has dedicated hot-keys for e-mail and a scheduler. 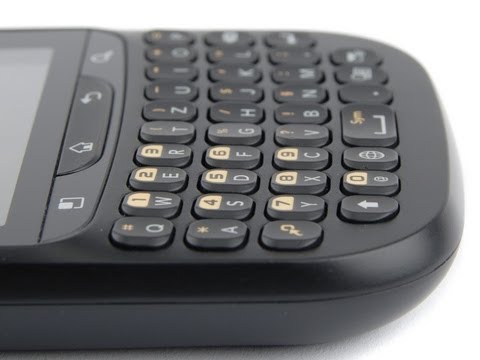 Unfortunately for Android fans, it only gets the Gingerbread platform. This, when combined with the 800MHz CPU and 156MB of internal memory, might fail to impress many. Still, its 3MP fixed-focus camera on the back and its 1,500mAh battery which should deliver power for up to 13.5 hours increase its appeal a bit. Bluetooth 3.0 and Wi-Fi round up the rest of the specs. 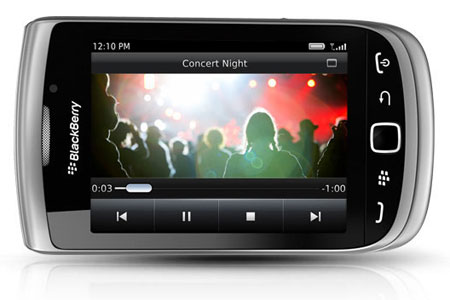 And finally, on this neatly compiled roster is the BlackBerry Torch 9810. At first glance, it might not seem like a regular contender here, but it has a sliding panel which reveals the QWERTY keyboard hidden underneath. It too has a nice portrait-style touch screen that spans a good 3.2 inches, throwing out images and video at a 640 x 480 pixel resolution.

768MB of RAM and 8GB of onboard storage seem to mirror the other BlackBerry device on here, with the same amount of space allocated to the OS and expandability up to 32GB. A 1.2GHz processor makes sure operation is speedy. As you might expect, there is a 5MP camera with image stabilization, zero shutter lag and flash. 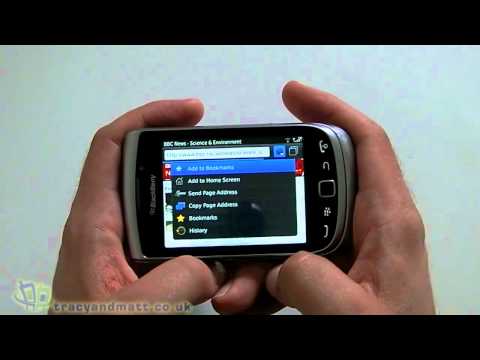 A 1,270mAh lithium-ion battery should give you about 6.5 hours of talk time or about 12.8 days of standby time on a single charge. Then we have the usual suspects; Wi-Fi and Bluetooth (v2.1), as well as built-in GPS. And in addition to BB 7 OS, users will be treated to more fluid animations thanks to the company’s Liquid Graphics technology.

There you have it. These are some of the best touch and type phones out there. And apart from just the advantage of easier typing, they also boost productivity. But there is a downside to choosing such a gadget. You end up with something larger than you may like. But if you’ve weighed the pros and cons carefully and want to get yourself a more convenient way to type on the go, then you should be able to find one among our compilation that suits you best. Don’t hesitate to leave a comment telling us what you think.