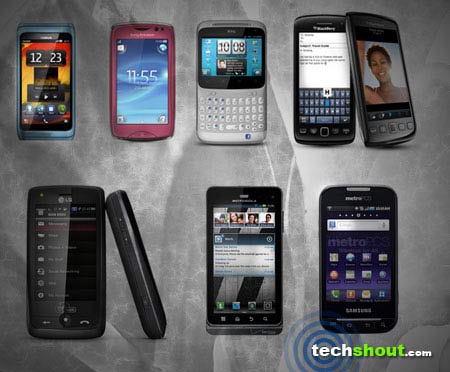 A list of the best texting phones is only inevitable, given that the number of devices offering various new functions is increasing with each passing day. Whether you prefer staying in touch with your friends by twiddling your thumbs over a keyboard or simply think it is a more convenient form of communication, picking a great texting phone can get really confusing. So here’s what we think are some of the top ones for texting, not in any particular order, of course. 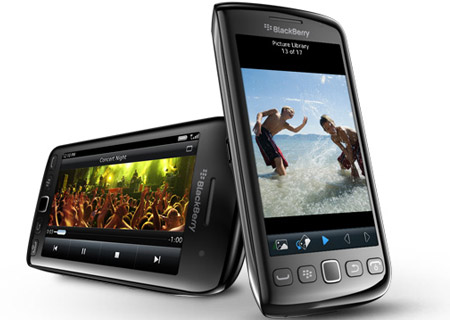 Well, you can’t really have a run through of top-notch texting cell phones and not include a BlackBerry handset now, can you? Running on the BlackBerry OS 7, the BlackBerry Torch 9860 clearly is winner when it comes to enjoying a smooth texting experience. The UI does most of the talking for the phone actually with features that are robust enough to efficiently support an all touch device. 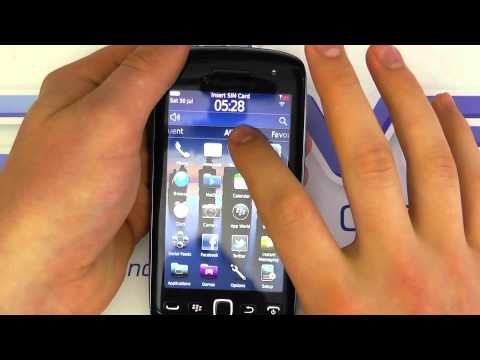 Among the various improvements that the updated interface brings with it, the refashioned layout of the virtual keyboard is definitely what stands apart. With numbers and symbols under one key, the keyboard makes texting a breeze. Add to this, the phone’s predictive text attribute, and you can look forward to better communication. 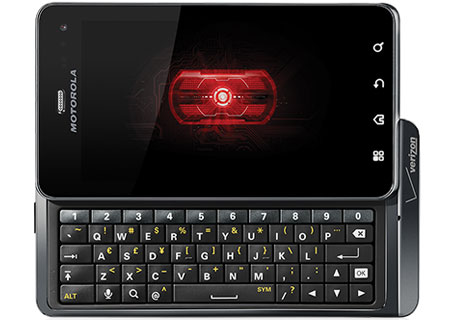 If you’re willing to shell out those extra bucks for a touch plus QWERTY keyboard enabled phone, then you may want to give the Motorola Droid 3 a try. There’s no denying that it is one of the most sought after texting phones to have released in recent times. The Android 2.3 phone features a five-row QWERTY keypad capable of opening new avenues in terms of productivity.

With comfortably spaced out keys, business users can make the most of features like Swype and the multimode keyboard with next word prediction too. The backlit keys further make it easier to text in the dark. And it’s not just the phone’s physical keyboard that’s applaud-worthy, you won’t have any problems with the virtual keyboard too. Motorola stays on top of all things texting with the Moto keyboard. 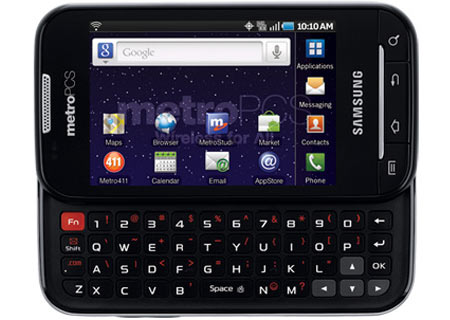 Putting aside the weak battery offered with the Samsung Galaxy Indulge and the phone is a neat option for text lovers. The world’s first commercially available LTE smartphone bundles in all your average user would desire in a texting phone with its decent slide-out QWERTY keyboard. Arguably one of the most efficient phones in this terrain, the handset performs minus any glitches on more occasions than one.

The keyboard brings with it handy shortcut keys that should enhance your messaging and email experience. The layout of the keys too ensures you aren’t hitting the wrong buttons while the keyboard is hinged neatly for effortlessly flipping out as and when required. Even novice users won’t have trouble getting around the physical keyboard. Manoeuvring the phone is also made simpler thanks to the keyboard. 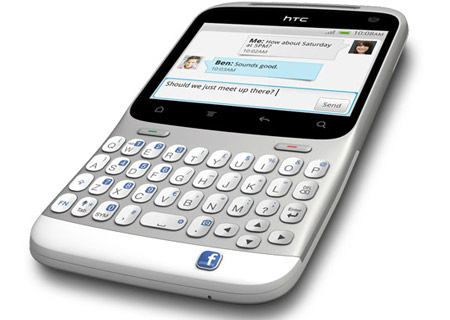 Don’t let the Latin-dance inspired name of the HTC ChaCha (also goes by the name HTC Status) distract you from believing that it is one of the most sought after texting phones around. The text-friendly phone has a crush on social networking, and we really see no reason why we should be ignoring this feature. The distinct blue button at the bottom of the well-fitted QWERTY keyboard makes the handset quite trendy. This Android 2.3 enabled phone packs in a punch with its full four-row QWERTY keyboard. 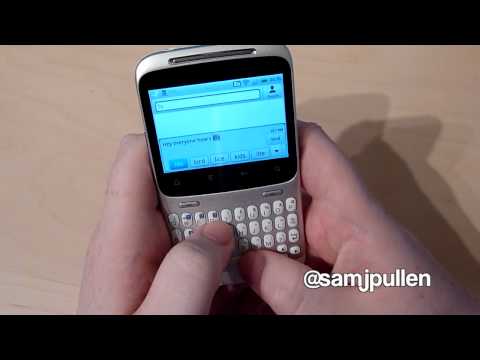 Efficient key press is another feature most heavy texters can watch out for. Sitting neatly in the hands, the ChaCha includes arrow keys that dish out much needed precision for those who prefer texting over calling. With numbers aptly positioned in the right side of the keyboard though, dialing comes naturally too. 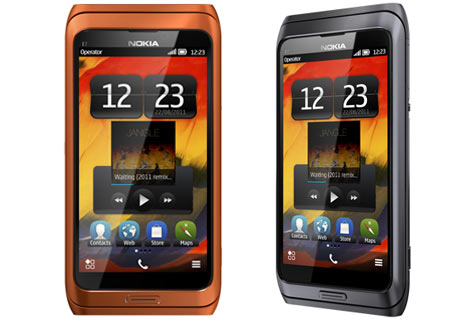 Released amidst much fanfare, the Nokia E7 is a decent phone for business users on the prowl of a good texting phone. The incorporated physical keyboard runs the show on this smartphone and it features a robust hinge mechanism. The impressive keyboard is a distinctly aligned 4-row one that performs intuitively and accurately. 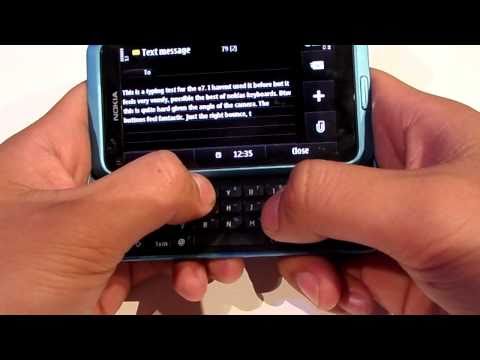 The tactile feedback offered by the buttons give it that added advantage among various competitors. Besides, the attire of the keyboard will ensure you grab enough eyeballs too! What’s more, even the virtual on this smartphone doesn’t disappoint. 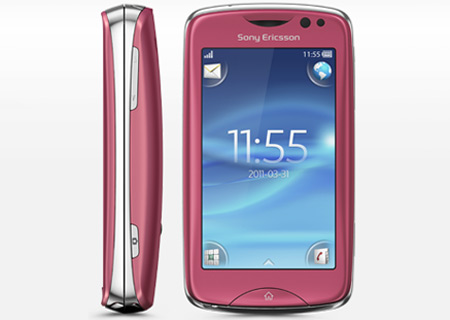 Clearly, the fact that Sony Ericsson decided to name its phone txt pro, shows how confident the company is of the handset’s texting capabilities. One of the main reasons why the smartphone is in our countdown of texting phones, though has much to do with the social amiability of the phone, despite is compact profile. Heavy texters will only nod their heads in agreement on how handy its 4-row physical keyboard is. 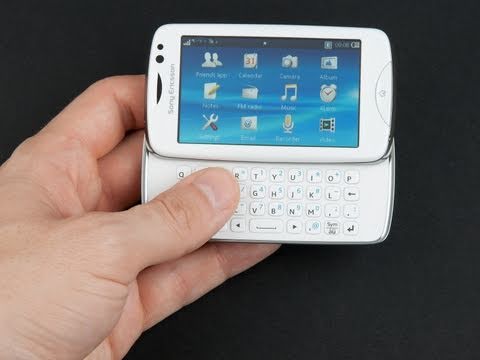 Sony Ericsson knows what it was heading into with a solid sliding mechanism, that won’t see text-messaging lovers refrain from popping the keyboard in and out on numerous occasions. Though diminutive in size, the layout of the keyboard ensures optimum usage of the given space, with buttons suiting the needs of most hand-types. The phone is without doubt a great budget – friendly option. 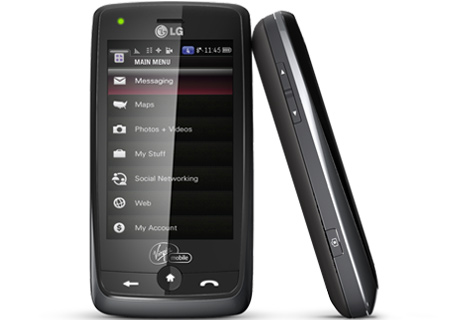 The LG Rumour Touch phone is known to have upped the ante of messaging phones long before every manufacturer joined the race. The fact that the phone released in early 2010 should not put off users who enjoy texting through their phones more than anything else. The handset’s distinct interface which stands out for being very text-messaging friendly clearly makes it a forerunner. 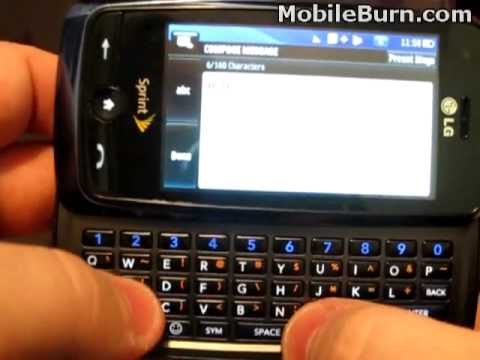 Fashioned to specifically meet the requirements of users who can’t keep their hands of their phones, the unique bubble interface is only an added attraction. The five-tiered keyboard of this smartphone with comfortably distributed keys gives it an upper edge. The spacious keyboard features raised buttons, giving the full physical keyboard a nice feel as well.

Our lineup of the best texting phones should help you get past the existing commotion and make a useful choice. There’s really no reason why you have to give up on productivity via your smartphone to enjoy some texting fun. So what’s your pick?