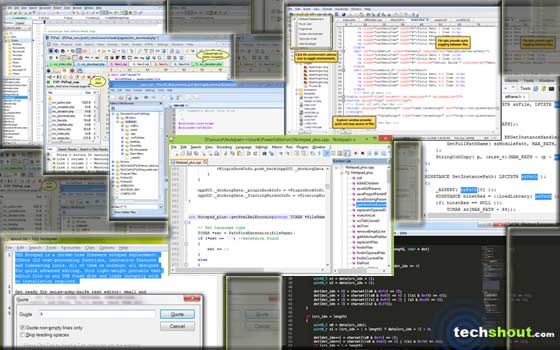 Here we have some of the best text editors for Windows for those of you who are not much of a fan of the proprietary Notepad. Apart from casual editing, the best alternatives mentioned below come in extremely handy for developers who need feature-rich options for coding and programming. So if you’ve been looking for something like this, go right ahead and take a look at the contenders that have managed to grab a spot on our roster. 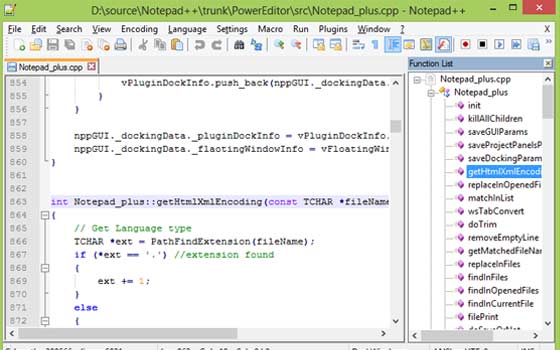 This notepad replacement software has acquired a GPL license and the alternative that understands multiple languages also acts as a source code editor. Complete with features like syntax highlighting and folding, it lets you search and replace terms and has auto completion for words or functions as well. You can zoom in and zoom out for a better view and even open multiple documents at the same time, thanks to its tabbed interface. 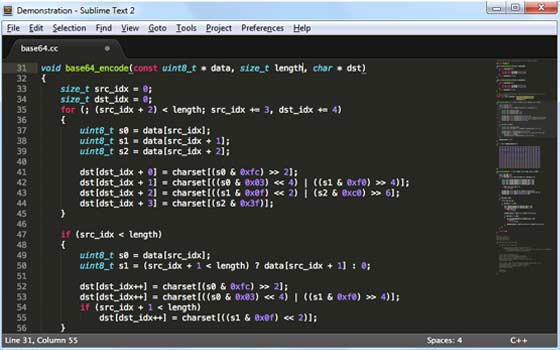 According to the developers of Sublime Text, it brings a set of extraordinary features which in turn ensure an enhanced performance. It claims to have a slick user interface and keyboard shortcuts for various commands so you do not have to waste your time searching for specific items through the menus. There’s Goto Anything for helping you open a file by just typing some of its content and Command Palette so you are not scurrying around the software to look for infrequently-used functions. One of its key highlights is the split editing attribute that lets you not only edit two documents at the same time, but also work on two locations of a file, simultaneously. 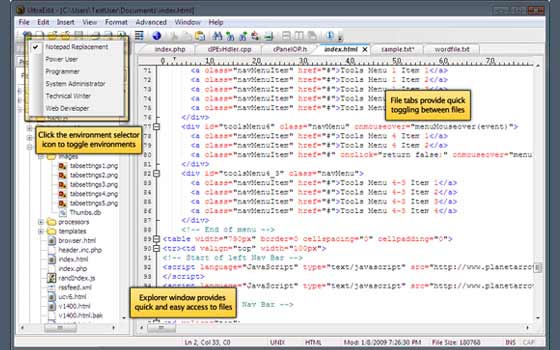 UltraEdit has found a place on our roster because of its multitasking nature. Apart from text, it can edit HTML, hex and more which makes the contender apt for programmers. It has a basic toolset for editing text files and even allows converting them from one format to the other. You can search for a word to replace it and open heavy documents as well. There are built-in templates and column mode editing and the software even lets you edit multiple files at the same time. And if that’s not enough, it brings features like syntax highlighting, macros scripting, file compare functionality and much more to the table. 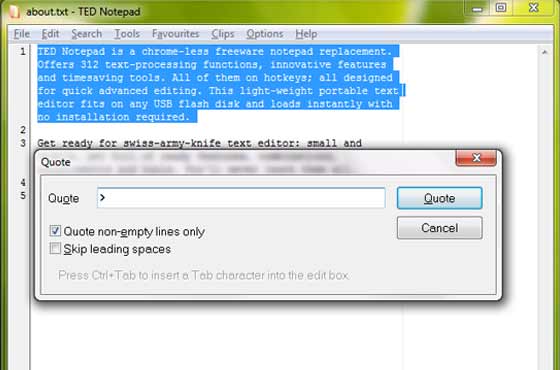 TED Notepad is a customizable text editor that lets you choose text and background colors. Multiple levels of undo and redo should be of advantage and this feature can also be suppressed from the settings menu. You can activate auto copy or auto selection options and insert recently deleted or inserted text so you do not have to type it all over again. And these are just some of the many quick editing features of the notepad replacement application blessed with a simple interface. 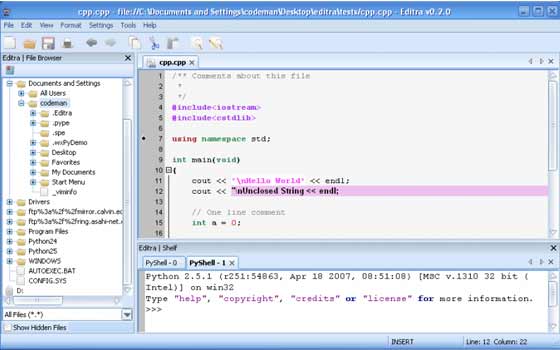 And here we have an option on our compilation that is referred to as a developer’s text editor by the people behind this software. Apart from Windows, it is also compatible with operating systems like Mac OS X, Linux and Unix. The application which is currently in the early stages of development is loaded with all the common attributes like auto completion, find and replace terms, column edit mode, clipboard support, remote editing, word wrap, drag and drop and many more. You can select from multiple views of the same file and even open several documents at the same time. 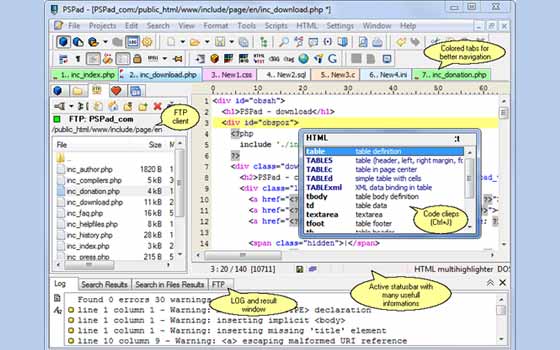 In case you are a programmer working on various environments and need a text editor that can handle your source code efficiently, you should definitely give PSPad the once over. It has a set of simple controls that are said to be capable of carrying out functions of a mighty code editor. As some advanced formatting functions have been added to the utility, you should have no problems with the task of editing plain text. The tool has a built-in macro recorder and a tabbed interface for permitting you to open two or more files at the same time. It goes without saying that the software has syntax highlighting and it even keeps a check on your spelling mistakes. 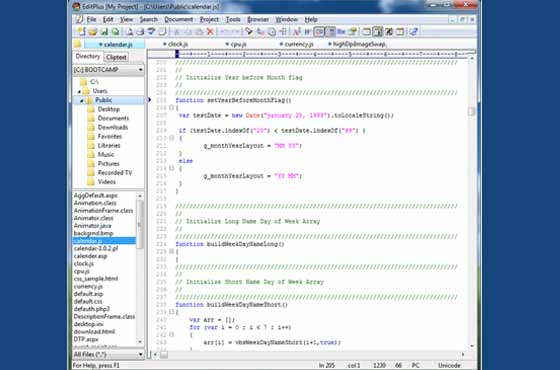 Another option for those looking for an efficient alternative in this category is EditPlus, a notepad replacement that can be used for editing HTML, PHP, Java and more apart from plain text. Featuring a tabbed document interface, the utility comes with overlappable windows and packs most of the common attributes such as spell checker, find and replace, syntax highlighting, undo or redo, auto completion, auto indentation and many more. A web browser has also been thrown into the mix so you can preview your work without having to leave the application. 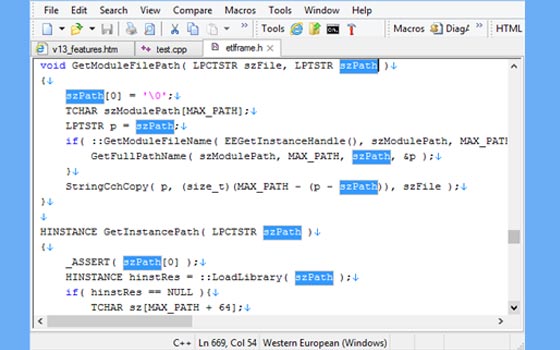 And here we have a lightweight editor that takes pride in its ability to support very large files. Its multiple selection feature allows you to edit more than one areas of a document at the same time and you can easily replace words using the dedicated function. In case you find editing a large document tedious, you can ask the application to split it into several files and after you are done, simply use the combine documents attribute to merge them again. Encoding of many files can be converted at the same time and it definitely doesn’t miss out on common options found in its rivals.

So this was a comprehensive list of some of the best text editors for Windows that you can use for editing plain text or source codes amongst others. And if you know about an editor that’s as good as these, feel free to drop in its name.