A list of the best tablets under $200 is here to give a fair idea to those who are not too keen on spending on high-end slates. Tablets do not compel you to dig deep into your pockets and at the same time, make it a point to offer all the essential features that you may look for. So if you’ve decided to opt for a less expensive portable gadget, this lineup (in no particular order) will definitely give you a heads on the ones you can consider. 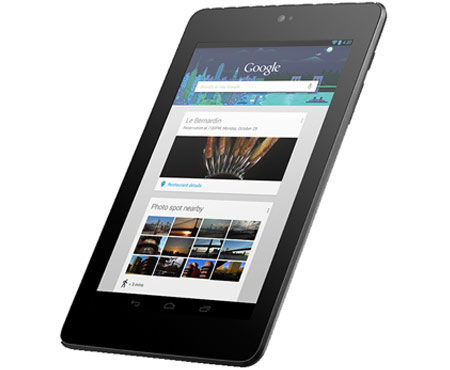 The Google Nexus 7 manufactured by Asus tags along some of the advanced features and is one of the first few quad core slates to carry an affordable price tag. Based on the Android Jelly Bean platform, the 16GB device’s front panel provides a multi-touch real estate of 7 inches through an HD IPS 1280 x 800p display with a pixel density of 216ppi.

It is fueled by the Nvidia Tegra 3 processor and 1GB of RAM, while the responsibility of keeping it charged for a relatively long period of time has been assigned to a 4325mAh battery. You can also expect a 1.2MP front camera and communication options like Bluetooth, Wi-Fi, NFC and more. 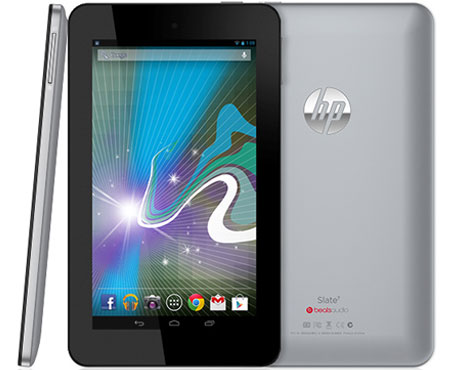 HP has bounced back into the market with its Slate 7, which deserves a mention in our tablets under $200 roster thanks to its extremely affordable price tag. An exact release date has not been revealed as yet, but according to the official company website, this slab will be up for sale this month itself. It operates with the assistance of the Android Jelly Bean 4.1 OS and as the name suggests, brings a 7-inch touchscreen. Besides 8GB onboard memory, its list of specifications include dual cameras – a 3MP rear snapper and a VGA front-mounted webcam, a dual core Cortex A9 processor and Beats Audio technology amongst others. 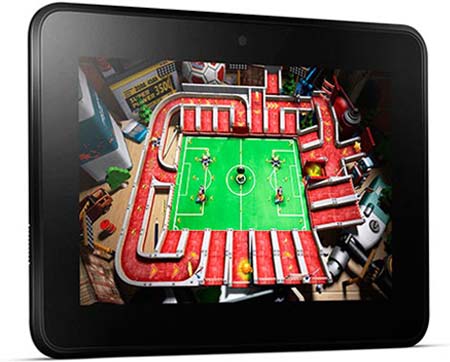 The Kindle Fire range has taken the market by storm ever since it was introduced and the 7-inch version of the device comes across as a reasonable option for those who are looking for a budget-conscious mobile companion. Its front side is graced by a 1280 x 800p resolution touchscreen and attributes its multitasking properties to a dual core processor which can clock in a maximum speed of up to 1.2GHz.

And considering that it boasts of Dolby audio as well as dual-driver stereo speakers, you can expect the device to offer an enhanced acoustic experience. 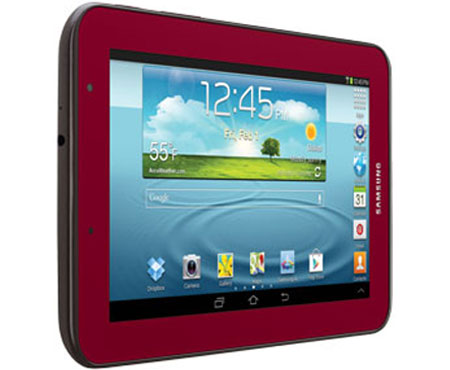 This alternative on our tablets under $200 compilation is based on the Android Jelly Bean 4.1 OS and employs a 1024 x 600p 7-inch touchscreen. The Wi-Fi-enabled 8GB Samsung Galaxy Tab 2 is embedded with a microSD card to increase its storage by up to 32GB as well as a 3MP rear-facing camera. 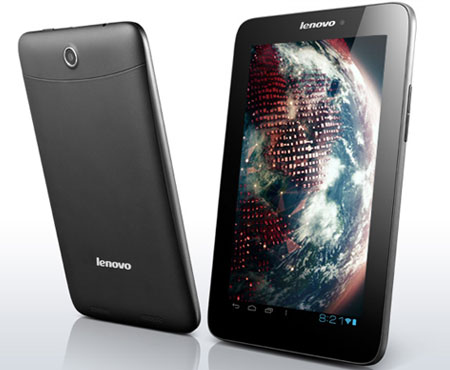 The IdeaTab A2107 from Lenovo is another 7-inch slab and unlike most others, it takes advantage of the Android Ice Cream Sandwich. Capable of rendering high definition visuals in 1024 x 600p resolution, the slab gains steam from MTK 6575 Cortex A9 processor ticking at 1GHz.

It is accompanied by 1GB of LPDDR2 RAM and you can store digital content of up to 16GB capacity on the device. Moreover, it is equipped with dual cameras and a lithium-polymer battery that claims to cough up the juice for about 8 hours in the 3G mode. 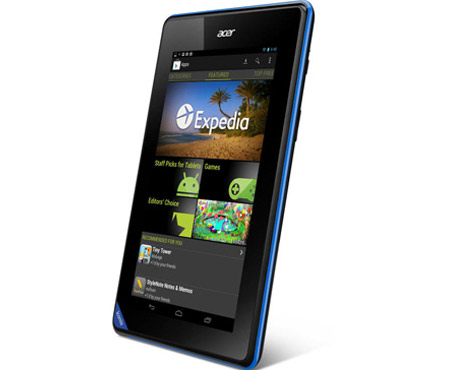 The next contender on our tablets under $200 catalog is the Acer Iconia B1-A71, which is yet to make its debut in the US, but has already arrived in select markets in Europe. The company had announced its price details during CES earlier this year along with the list of specifications which includes the Android Jelly Bean environment, a dual core 1.2GHz processor, a 2710mAh battery and an expansion slot for a microSD card of up to 32GB capacity.

Adorned with a 7-inch touchscreen of 1024 x 600p resolution, the slab sports a 0.3MP front-mounted webcam to enable you to capture videos and pictures as well as make video calls. 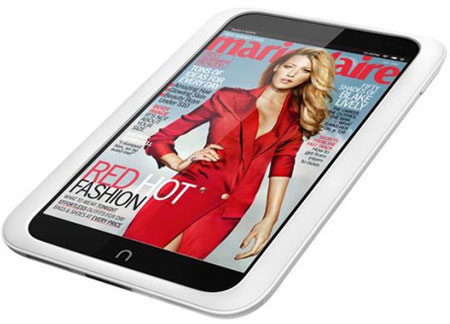 The most basic version of the Nook HD by Barnes & Noble featuring 8GB internal memory deserves to be mentioned in this category. Available in shades of snow and smoke, this 7-inch slab can deliver pictures in a resolution of 1440 x 900 pixels.

Its built-in Wi-Fi ensures access to wireless internet if there’s an open hotspot in the vicinity. Additionally, the device in question acquires multitasking properties from a 1.3GHz dual core processor and can play videos for close to 9 hours at a stretch. 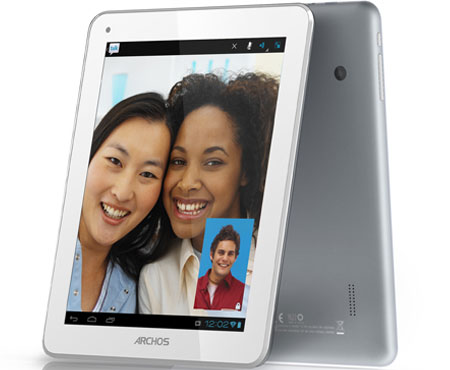 Archos has manufactured quite a number of budget-friendly slates and the 80 Titanium and 80 Platinum are just 2 of them to have found a mention in this list. Both of these devices flaunt an 8-inch IPS touchscreen which can render images in 1024 x 768p resolution. These Android Jelly Bean 4.1-based gadgets feature 8GB internal memory as well as a microSD slot for a memory card of up to 64GB capacity. You can even opt for the 70 Titanium, a 7-inch slate featuring a dual core processor and the aforementioned Android flavor.

Hopefully, you have found the perfect option for yourself in our compilation of the best tablets under $200. And if you think we’ve missed out on an equally good slate in this category, to drop in a line to let us know.