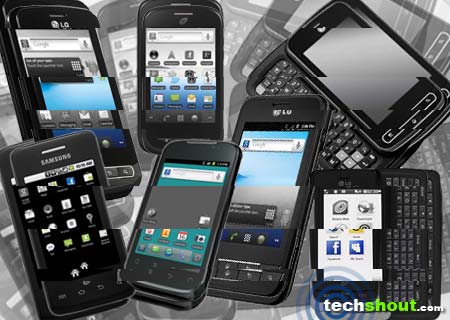 Our compilation of the best Straight Talk phones should help you if all you need is a device with a pay-as-you-go prepaid plan without the hassles of adhering to a contract. The service provider is best suited to all those of you who are more concerned about the plan that comes with a phone, instead of the phone itself. That could be a reason why this carrier does not stock up on very high end devices. So if you are not too fussy about the kind of smartphone you wish to use, you can have a look at the list and take your pick. 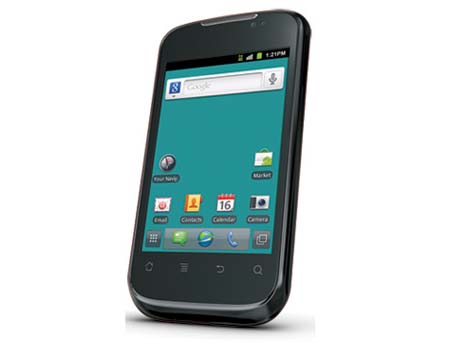 The Ascend II sounds like a good companion as it is a mid-range smartphone running Google Android with a prepaid plan. It serves a slice of Gingerbread and acquires multitasking properties from a mobile chipset that can clock in a processing speed of 600MHz. A 3.5-inch multi-touch display drapes the front panel in order to ensure smooth navigation through the device.

A 5MP camera rests snugly on the rear side and allows you to capture videos, besides still shots of course. Additionally, it ensures wireless internet access on the move, thanks to built-in Wi-Fi and support for 3G. The multi-media-ready handset is complete with an A/V player and naturally allows access to the Google Play store. You can even increase its memory by up to 32GB using a microSD card. 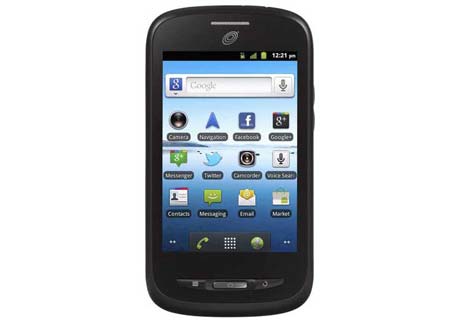 Yet another Android device to have found a mention on our lineup of Straight Talk phones is the ZTE Merit. Like the aforementioned device, the Merit takes advantage of the Gingerbread OS and employs a 600MHz processor to perform multiple tasks at the same time. It provides a multi-touch real estate of 3.5 inches that can be used to navigate through the device as well as watch HD videos on the go.

You can even record videos with the assistance of a 5MP snapper. This phone with 5 homescreens comes with a slot for a microSD card of up to 32GB capacity. Some of its wireless communication features include Bluetooth, Wi-Fi and 3G connectivity. 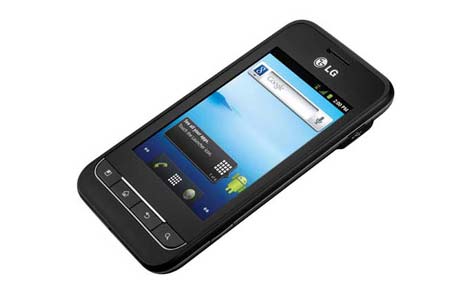 Doesn’t matter if you are not too keen on using a device manufactured by not-so-popular companies, here’s an option for you. The Optimus Black from the South Korean OEM LG, runs the Android Gingerbread OS and flaunts a 4-inch WVGA Nova touchscreen reinforced with scratch-resistant glass.

Additionally, the handset is blessed with a 5MP camera with attributes like digital zoom, flash and a video recorder amongst others. Integrated with a 1GHz processor, it can cough up the juice for close to 5 hours. This 3G and Wi-Fi certified smartphone also has an expansion slot for additional storage of up to 32GB. 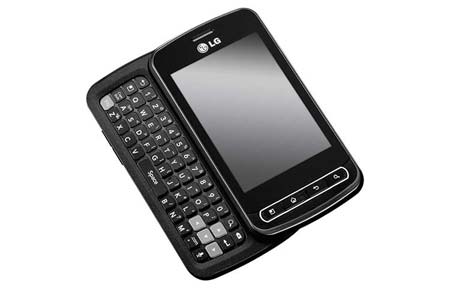 If you are a fan of Android devices manufactured by LG, you can even have a look at the next alternative on our compilation of Straight Talk phones. The Gingerbread smartphone with 7 homescreens, not only offers a 3.2-inch capacitive touchscreen, but also lets you type away to glory on its slide-out physical QWERTY keyboard.

A 3MP primary camera should help you capture still shots as well as record videos. The internal workings of the device are carried out under the supervision of an 800MHz processor. This hearing aid compatible smartphone can also support a microSD card of up to 32GB capacity and keeps you entertained on the move with a little assistance from its built-in MP3 player and a video player. Besides Wi-Fi, it can run on the 3G network as well. 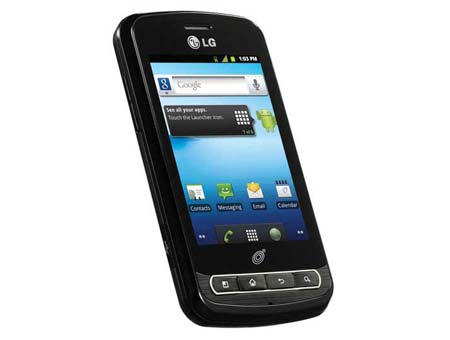 Yet another LG Android phone that allows you to navigate smoothly through the device and browse the web on its touchscreen as well as type comfortably on its physical keyboard, is the Optimus Q. Based on the Android 2.3 platform, the phone’s front panel offers a multi-touch real estate of 3.2 inches, while a QWERTY keypad slides out from behind this screen.

A 3MP camera with video recording capability has been thrown into the mix and an expansion slot for a microSD card of up to 32GB capacity facilitates storing all the captured images and videos. This GPS-enabled smartphone can even run on the 3G network speed, in addition to connecting with available hotspots through Wi-Fi. You can enjoy talk time of up to 5 hours on this handset. 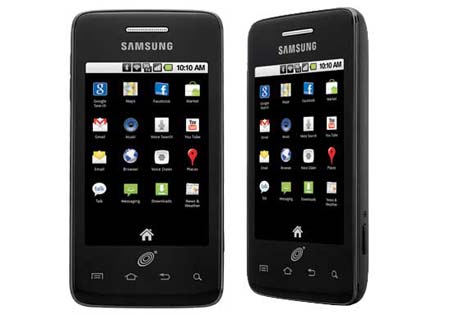 The next contender to have been added to our roster of Straight Talk phones is the Samsung Galaxy Precedent that employs the Froyo platform. Nevertheless, it has been bestowed with a 3.2-inch touchscreen and a 2MP camera with video recording capabilities. The multitasking device boasts of 5 homescreens and employs a battery that lets you talk for up to 6 hours at a stretch without interruptions.

Much like its counterparts on this list, this handset comes with an expansion slot that can be used for the purpose of increasing memory by up to 32GB. And if that’s not enough, the phone comes with built-in GPS and Wi-Fi as well as 3G compatibility. 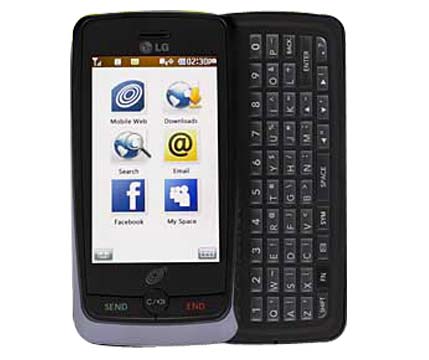 And for those of you who do not want a smartphone, but a simple feature-rich device that can even offer access to the web, we have added the LG 511C to our roundup. Similar to a couple of smartphones from this manufacturer mentioned above, this handset has been fitted with a full QWERTY slide-out keyboard, besides an LCD color touchscreen spanning 3 inches.

Furthermore, you can capture memories in the form of pictures and videos using a 2MP camera and share it with friends over Bluetooth. The ‘app capable’ phone supports MMS picture messaging as well and lets you open multiple social networking websites. Its talk time is said to be 4 hours, while the standby time lasts for about 9 days.

The alternatives listed on this array of the best Straight Talk phones are definitely not all that bad. This service provider lets you choose from its pay-as-you-go, limited or unlimited plans so you can pick out the one that goes well with your mobile requirements. Moreover, you can have a look at some of our other lists for prepaid plans from Cricket Wireless and Boost Mobile to get an even better idea of phones in this category. And after you are sure about which of these is going to be your next mobile companion, leave us a comment to let us know.