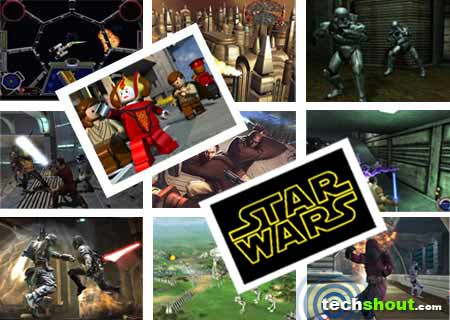 The force is certainly strong in our best Star Wars games list. The acclaimed franchise has been invading the gaming terrain for more than 25 years now. It has garnered the interest of fans both young and old, strewn all across the galaxy. Just like the movies and merchandise, the titles based on the series have also become as famous as Master Yoda’s incorrect grammar. There has been a treasure chest of titles released throughout the years and we’ve brought you the most impressive from among the lot. So arm yourself with your virtual lightsabers and read on.

1 – Knights of the Old Republic: 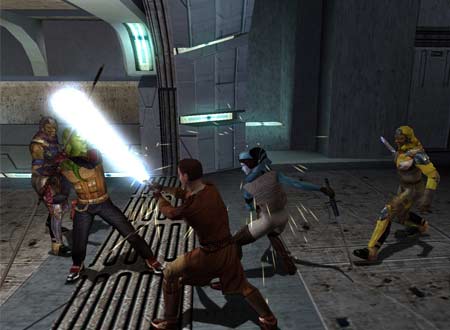 In this title, you can either master the awesome powers of the Force or fall prey to the dark side. The RPG title which was released nearly 10 years ago, allows you to journey through well recognized locations such as the Wookiee homeworld Kashyyyk and Tatooine, the home planet of Anakin and Luke Skywalker.

You can even step into the cockpit of your very own starship called the Ebon Hawk and travel to 8 in-game worlds. 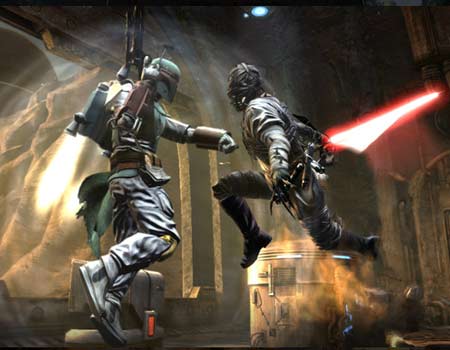 Have you ever wanted to be the secret apprentice of the dreaded Darth Vader? Well, you can experience the same in this second option. Developed by LucasArts, the title features an expansive story that’s set during the era between Episode III and Episode IV.

You’ll be able to wield devastating Force powers and execute deadly attack combos, all in an endeavor to annihilate your enemies. It has been released across a host of platforms such as the PS3, PS2, Nintendo DS, Xbox 360, Wii, PSP and PC. 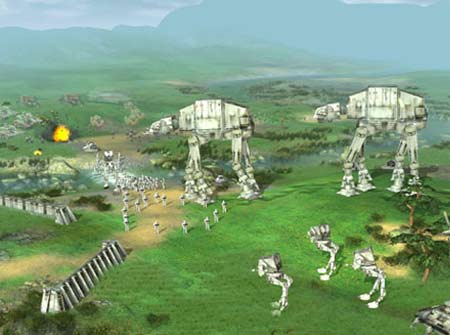 George Lucas fans and real-time strategy enthusiasts can feast their eyes on the next entrant in our roster. Like The Force Unleashed, the events in Empire at War are also set in the gap between Episode III and Episode IV where the Rebel Alliance and the Empire are at loggerheads. You can wage war not only on the ground, but also across the vast expanses of space. It was unleashed for the PC and Mac back in 2006 and 2007, respectively. 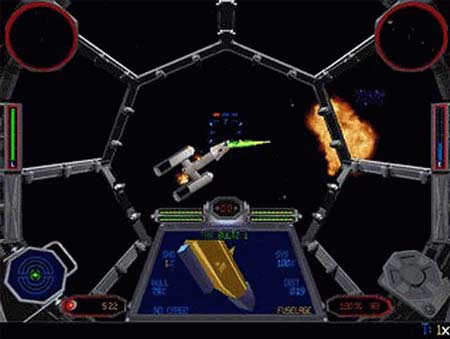 Here’s a blast from the past that will surely put a smile on any fan’s face. TIE Fighter was unveiled nearly 20 years ago and is noted to be a space flight simulation title. The title in question is also the sequel to X-Wing and lets players side with the Galactic Empire. They even get to pilot various starfighters and blow enemy ships to smithereens. 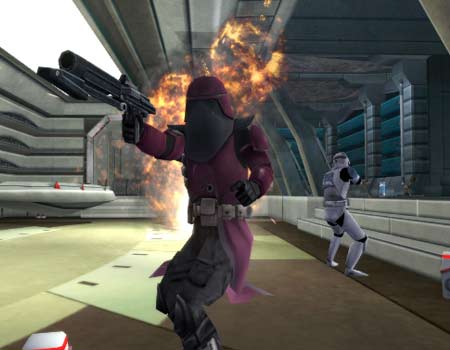 Battlefront II was released for the PS2, PSP, Xbox and PC back in 2005. The single-player experience is embedded with smarter AI allies and foes as well as loads of open-ended mission-based objectives.

Go aboard an enemy capital ship or dogfight in space while piloting TIE fighters, X-wings and Jedi starfighters. Plunge into more than 16 new battlefronts that include the likes of Mustafar, Utapau and Coruscant. 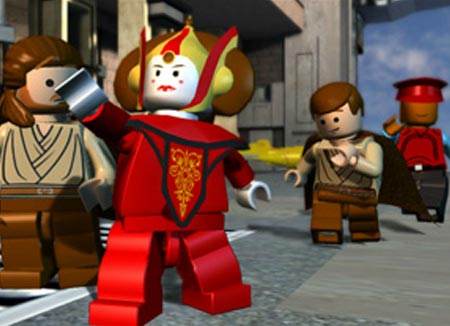 Our queue of games also features a title that portrays the Lego facet of the acclaimed franchise. This particular one is packed with all the events that took place in the 6 movies. It is filled to the brim with new attributes, levels and even playable characters like Watto and Aayla Secura.

There is also an upgraded Character Customizer thrown into the amalgamation. It enables you to create your own quirky in-game Lego figures. 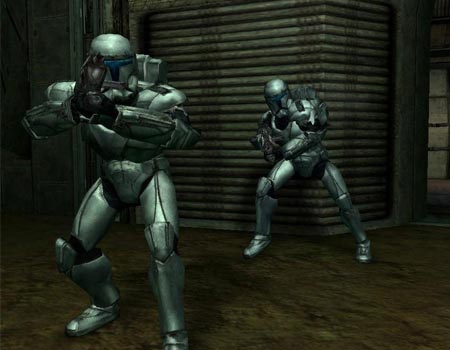 The developer has also included a multiplayer option that allows you to jump into the arena with up to sixteen players online. Here there are new locations, vehicles and foes to avail of. 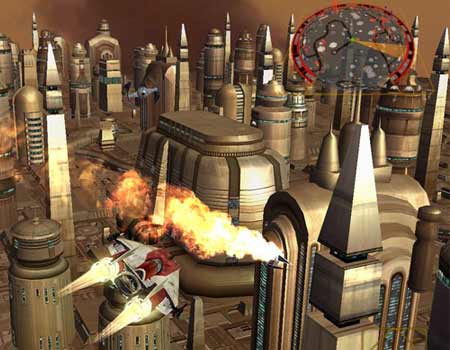 Another arcade-style old flame makes its way into our list in the form of Rogue Squadron II: Rogue Leader. It consists of 11 air-to-ground as well as air-to-air mission scenarios which take place in space and over acclaimed planets. These range from the ice planet of Hoth to the perilous Death Star. You’ll also get to indulge in various bonus missions and even opt from legendary crafts like the X-wing and B-wing. 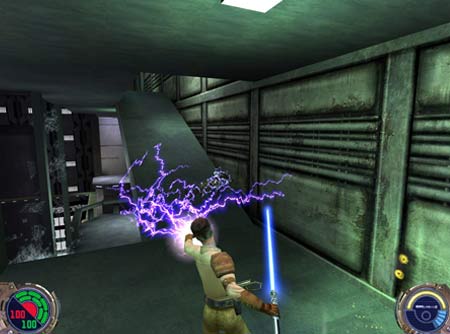 After RPG and RTS elements, we now include an intense first-person action title in our array. Step into the boots of Kyle Katarn, an agent of the New Republic and take on the evil forces that threaten the galaxy and all its inhabitants.

And aiding you in this noble endeavor is your trusty lightsaber and more than 8 Force abilities which include Force Lightening, Jedi Mind Trick and Force Grip. 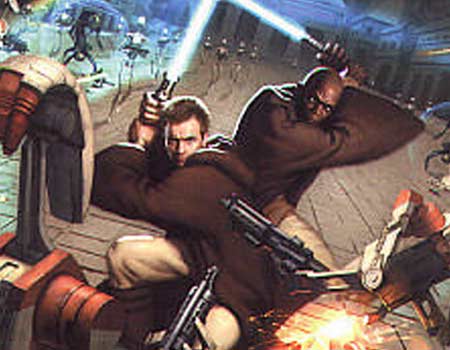 The action adventure Episode I: Jedi Power Battles, lets you take on the role of Mace Windu, Qui-Gon Jinn, Obi-Wan Kenobi, Adi Gallia or Plo Koon. Each character has his/her own individual powers and attributes which will be of use during battle. Players can traverse through 10 levels that end with a grueling battle against Darth Maul. Here you can use the Force against the droids and deal some pain to the nasty Tusken Raiders.

So those were the 10 best Star Wars games ever, to hit the scenario till date. The aforementioned titles allow you to take active part in the events that transpired ‘a long time ago, in a galaxy far, far away.’ They comprise all the popular characters who have tugged at your heartstrings for nearly 3 decades now. These include the likes of Chewbacca, Darth Vader, Obi-Wan Kenobi, R2-D2, C-3PO, Master Yoda, Princess Leia and Han Solo. Do let us know which titles are among your favorite and if you would like to add a few mentions of your own.